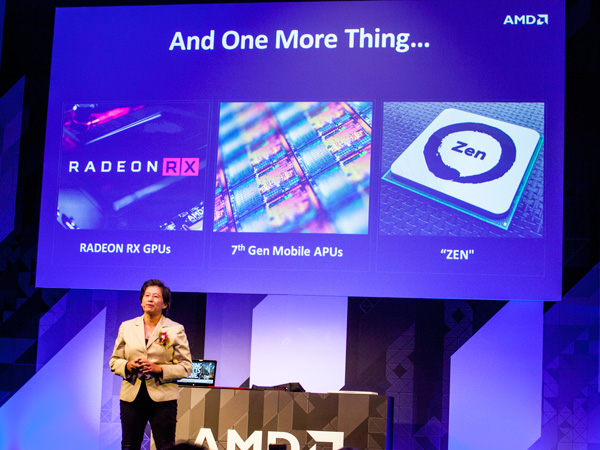 In true "one more thing..." fashion, AMD's President and CEO Dr. Lisa Su teased members of the press and analysts with the first public demonstration of their upcoming x86 "Zen" processor core architecture. Demonstrating a short video clip that was edited and encoded by the working Zen core, Dr. Lisa Su says that the silicon is healthy and will begin sampling with its major partners within the next few weeks and into the third quarter.

The latest x86 "Zen" microarchitecture is AMD's next generation processor technology that's designed for the new AM4 platform. Development of the Zen core began since the early 2012 and it's designed to be scaled across multiple markets including high-performance servers, desktops, notebooks and embedded systems. The upcoming "Zen" x86 core with the codename "Summit Ridge" will make its debut on high-performance desktops and the processor will feature eight cores with a total of 16 threads. 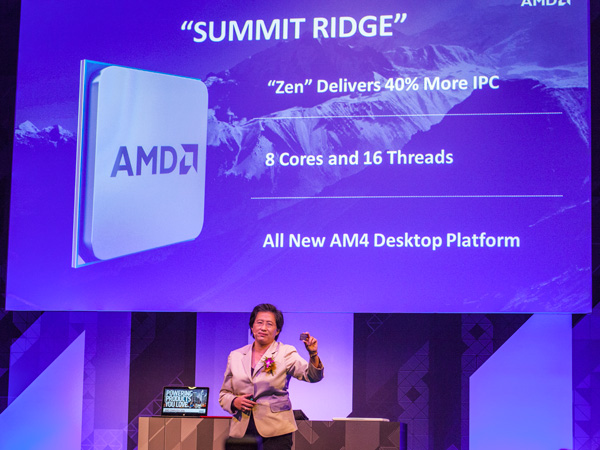 Promising to deliver 40% more IPC (instructions per clock), AMD aims to make a comeback by going head on with Intel's Core microarchitecture. It will also be AMD's first processor to be based on their new 14nm process technology, so we can expect equally low power consumption and impressive TDP levels. Unfortunately, AMD did not talk about its pricing and will not disclose when it will be available. 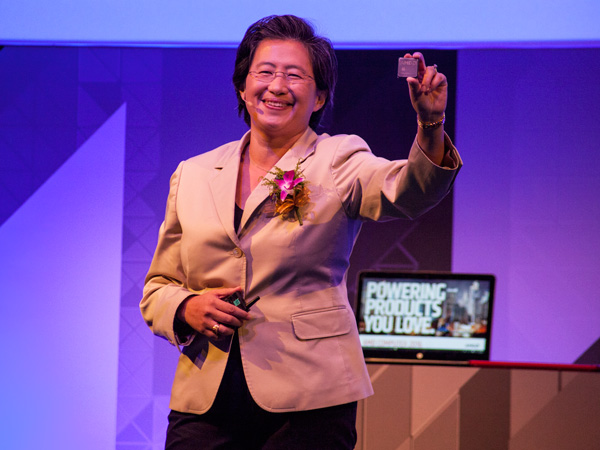 Join HWZ's Telegram channel here and catch all the latest tech news!
Our articles may contain affiliate links. If you buy through these links, we may earn a small commission.
Previous Story
Samsung registers Galaxy Iris and Galaxy Eyeprint trademarks
Next Story
These are reportedly some of the rumored specs of the iPhone 7 and 7 Plus