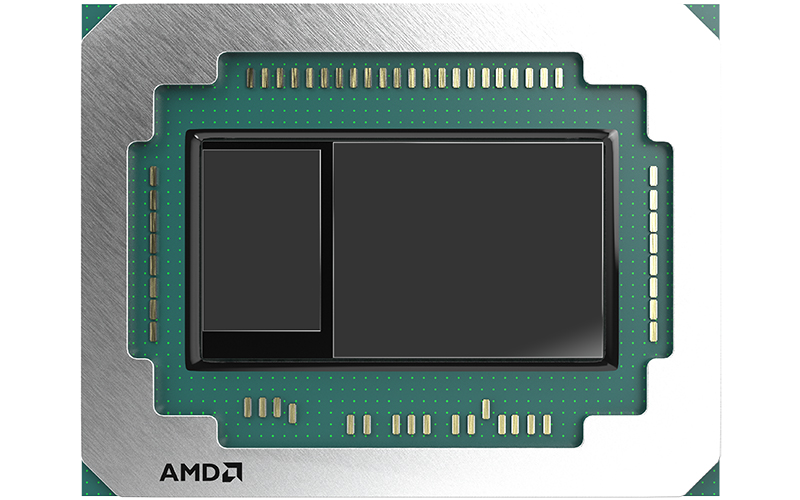 Apple’s hardware event in New York was dominated by news of new iPads and the MacBook Air, but the company also quietly announced updates to its MacBook Pro line. The 15-inch MacBook Pro will be available with AMD’s new Radeon Pro Vega 20 and Radeon Pro Vega 16 graphics starting late November, offering better performance than the Radeon Pro 500 series GPUs in use now.

This should be an upgrade that will be pretty apparent to consumers, especially for those who deal with photo and video editing, content creation, and animation. In addition, while the MacBook Pro isn’t traditionally a gaming machine, it should see decent gains in this area as well.

In fact, AMD says that the Radeon Vega Mobile GPUs should be able to run AAA titles at 1080p and Ultra settings.

The Radeon Pro Vega 20 and Radeon Pro Vega 16 are comprised of 20 and 16 Compute Units (CUs) respectively. They also feature 4GB of HBM2 memory, which supposedly takes up less space in a notebook compared to traditional GDDR5 memory. This means that the new GPUs are more suited for the thin and light notebook designs that are becoming increasingly common today.

In addition, HBM2 doubles the memory bandwidth compared to the Radeon Pro 560X on the older MacBooks.

But AMD’s claims aside, there’s little concrete information about how fast the new Radeon Vega Mobile chips are. Still, as Forbes pointed out, the Radeon RX Vega M GL on Intel’s Core G-series chip also has 20 CUs and 4GB of HBM2 memory. It performed slightly behind the NVIDIA GeForce GTX 1050 Ti, but that was an integrated solution with an Intel chip.

This means that AMD’s discrete solution could conceivably exceed the NVIDIA GeForce GTX 1050 Ti, not bad for a mobile graphics solution at all.

Join HWZ's Telegram channel here and catch all the latest tech news!
Our articles may contain affiliate links. If you buy through these links, we may earn a small commission.
Previous Story
The new Apple Pencil and Smart Keyboard Folio will only be compatible with the newest iPad Pro tablets
Next Story
Panasonic announces the development of the world’s first 8K organic sensor camera system