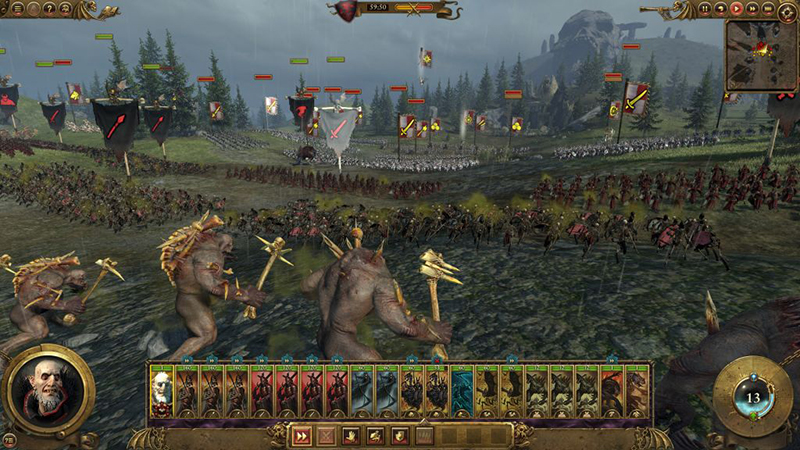 AMD’s Ryzen processors offer strong multi-threaded performance at very attractive price points, but only if the application can take proper advantage of it. This means that while it has exceled in workstation applications, gaming performance – particularly in scenarios where the CPU is the limiting factor – has been a bit wanting.

To attempt to address these issues, AMD has announced a custom Balanced power plan and a third game – Total War: Warhammer – that will be receiving a performance-boosting patch.

When Ryzen first launched, AMD directed reviewers to test the processors on the Windows High performance power plan. The reason for this was to allow Ryzen chips to take full control of power management and switch between different P-states with latencies as low as 1ms, thus maximizing performance.

In comparison, using the default Balanced power profile would have given this control to the OS and increased the time between when the OS orders a switch and when the processor acts on it to as high as 30ms.

Having said that, AMD’s custom Balanced power plan aims to enable higher performance while still allowing users to benefit from more aggressive power management. Here’s what you can expect in AMD’s words:

You can download and install the new power plan here. Alternatively, AMD says it will bundle the plan in the next version of its chipset drivers, and it will be installed and enabled automatically.

In a similar vein, Total War: Warhammer joins Ashes of the Singularity: Escalation and Dota 2 in offering a performance-boosting update. According to AMD, the Bretonnia update helps the game engine better understand Ryzen’s topology with respect to the number of logical versus physical cores, and improves thread scheduling to reduce resource contention.

Creative Assembly is the third developer (after Oxide Games and Valve) to optimize for Ryzen, and hopefully more will follow.

Join HWZ's Telegram channel here and catch all the latest tech news!
Our articles may contain affiliate links. If you buy through these links, we may earn a small commission.
Previous Story
Samsung's gorgeous QLED 4K TVs are now in stores
Next Story
AMD acquires wireless VR startup Nitero