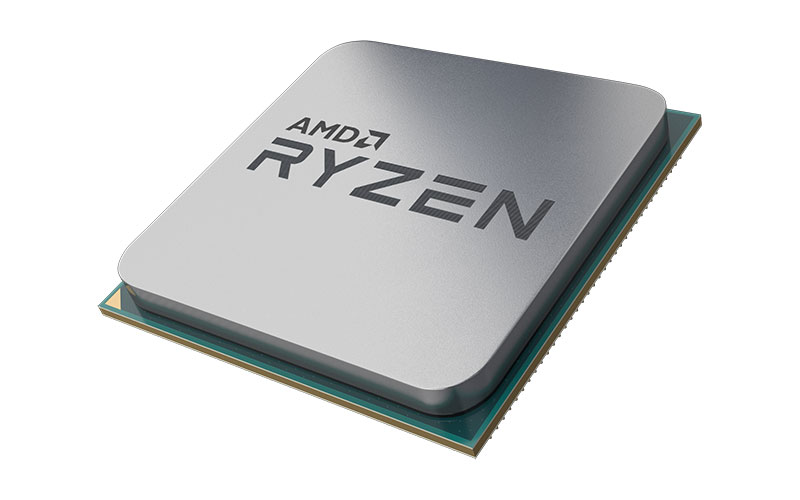 AMD is finally ready to release the Ryzen 9 3950X, its 16-core beast of a processor that it first announced in June. The Ryzen 9 3950X will have the best single-threaded performance out of all its Ryzen CPUs, AMD says, with a 3.5GHz base clock and 4.7GHz boost clock. The chip will be available on 25 November at US$749.

Just to recap, here's an overview of how it stacks up against the rest of the Ryzen 3000 chips:

The 12-core Ryzen 9 3900X isn't that far behind in terms of single-threaded performance though, with AMD putting them nearly neck-and-neck in its own benchmarks for Cinebench R20.

One concern with processors that feature a lot of cores is that 1080p gaming performance can be a bit lacklustre, and indeed that was a problem that dogged the first-generation Ryzen processors. In our testing, the Ryzen 9 3900X lagged slightly behind the Intel Core i9-9900K and Core i9-9900KS in 1080p gaming, although the disparity was generally much improved. That said, AMD is still touting the gaming performance of the Ryzen 9 3950X at 1080p, and it says it should pull level with the Core i9-9900K in games like Apex Legends, CS:GO, and Fortnite. 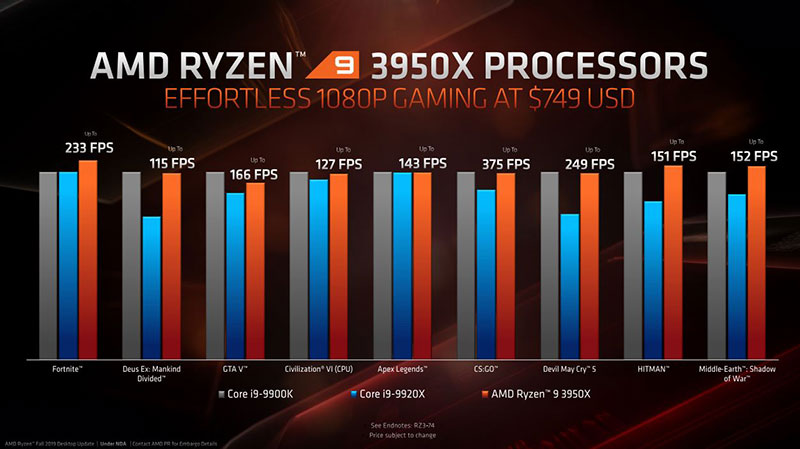 But the crowning glory of Ryzen has always been its multi-threaded performance, which makes it a choice pick for content creators. AMD puts the Ryzen 9 3950X 42 per cent ahead of the Core i9-9900K in Adobe Premiere and 69 per cent ahead in V-Ray. 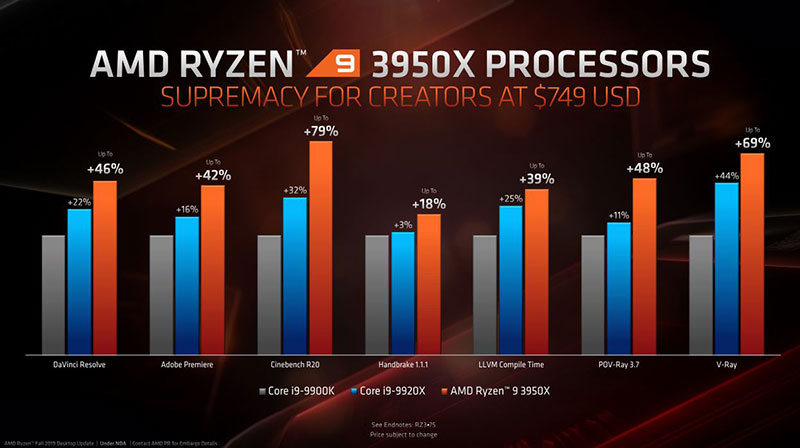 On top of that, AMD says the Ryzen 9 3950X offers more cores at lesser power than its Intel counterparts, citing an example where the Ryzen 9 3950X pulled 173W from the wall and the Core i9-9900K drew 205W. However, that doesn't mean that AMD's 16-core chip doesn't run hot, and the company is recommending that you use at least a 280mm all-in-one liquid cooler with it. To that end, the processor will not come with the Wraith Prism cooler, unlike the Ryzen 9 3900X.

Ryzen Master is getting an update too on the software side of things. It now offers something called Eco-Mode, which is basically a way to lower the TDP of the chip to make it run cooler and quieter for small form factor systems. With Eco-Mode enabled, the Ryzen 9 3950X will function as a 65W CPU, down from its stock TDP of 105W. Overall, AMD claims you should pull up to 44 per cent less power while still keeping up nearly 80 per cent of the original performance. The rest of the Ryzen 3000 chips will be able to take advantage of Eco-Mode too, and the 65W chips like the Ryzen 7 3700X will find themselves working as 45W parts instead. 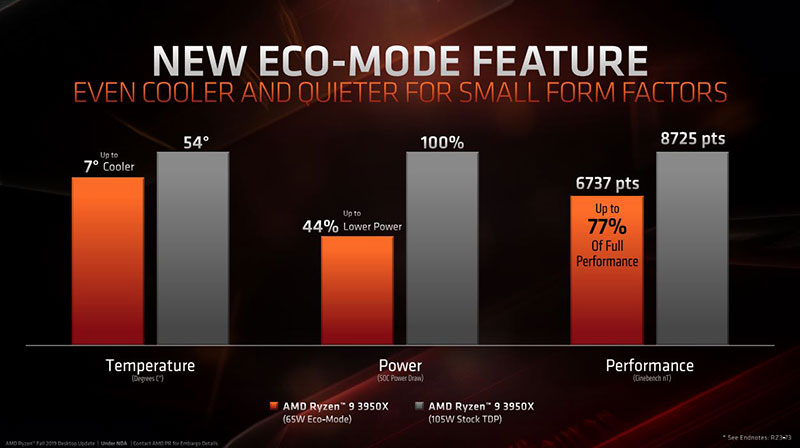 On the other end of the spectrum, AMD also took the opportunity to announce the Athlon 3000G, its first-ever Athlon chip to support overclocking and the only CPU at this price point to allow that. The Athlon 3000G (also based off the Zen 2 core) comes with 2 cores and 4 threads, featuring also a 3.5GHz clock frequency, Radeon Vega 3 graphics, and a 35W TDP. Availability is set for 19 November at US$49. 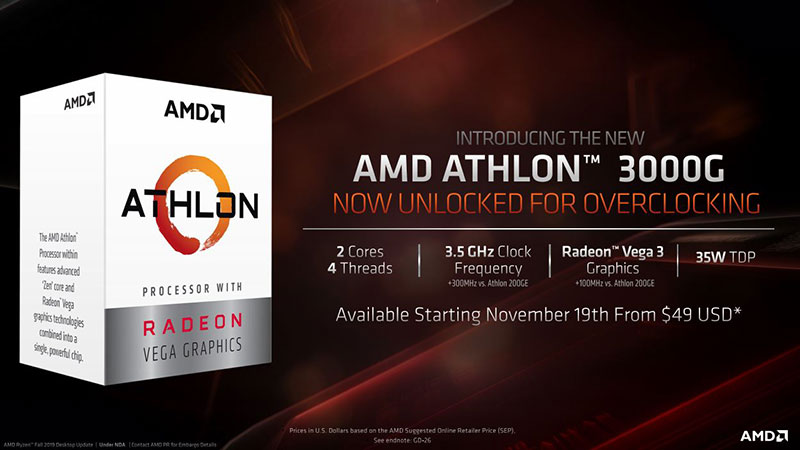 Join HWZ's Telegram channel here and catch all the latest tech news!
Our articles may contain affiliate links. If you buy through these links, we may earn a small commission.
Previous Story
Google forms alliance with security firms to fight bad apps
Next Story
Get the Aura Pink Samsung Galaxy Note10 from 9th November!