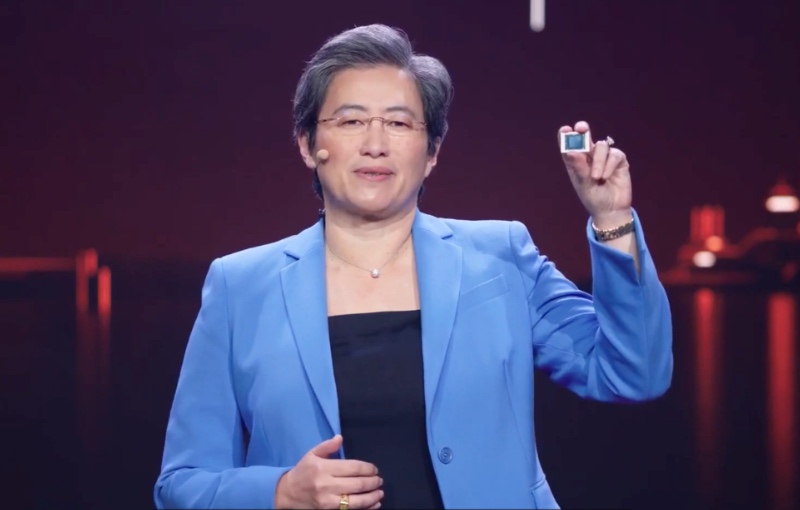 This announcement is impressive considering it was only just a year ago at CES 2020 that AMD unveiled its Ryzen 4000 series mobile processors, which have gone on to receive rave reviews. 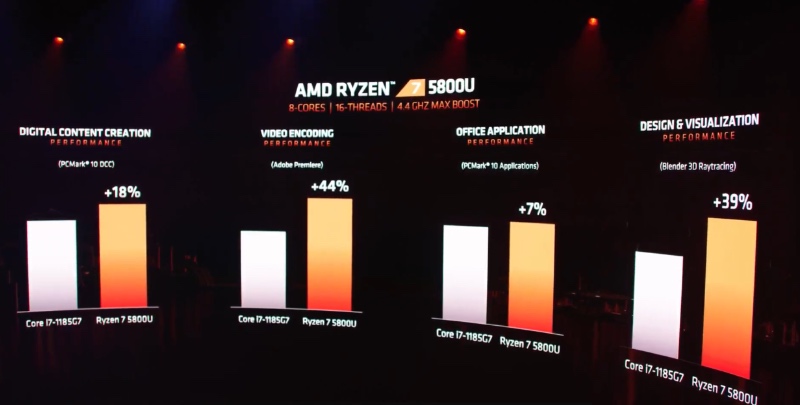 With a rated TDP of 15W, the U-series processors are designed to go into ultra-thin, ultraportable notebooks. Heading this lineup is the Ryzen 7 5800U, which is an 8-core CPU that can boost up to 4.4GHz.

Charts shown during the presentation shows a Ryzen 7 5800U being up to 18% faster in digital contention creation and up to 44% faster in video encoding than Intel's Core i7-1185G7.

What's confusing, however, is that some of the Ryzen 5000 U series processors are based on AMD's older Zen 2 architecture. Essentially, they are a rebadge of Ryzen 4000 mobile series chips. But what's really baffling is that AMD is mixing things up so there's a Ryzen 7 chip that's based on Zen 3 and there's another that's based on Zen 2. This will no doubt confuse less savvy consumers. 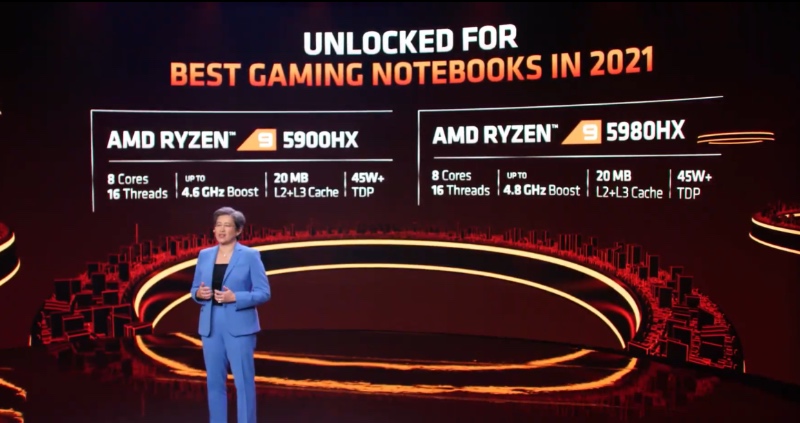 These are AMD's top tier mobiles processors and, thankfully, they are all based on the new Zen 3 architecture.

Like Intel, AMD has a 35W category that they are calling the HS series. Presumably, these will go into super thin and light gaming notebooks.

The most demanding users will likely be interested in the HX series processors which have a TDP of 45W and beyond. These will go up against Intel's H-series Comet Lake processors and can hit turbo boost speeds of up to 4.8GHz.

Interestingly, it seems that the only distinguishing feature of HS processors is that they have lower base clocks. Also, there's no H series Ryzen 9 processors, which means if manufacturers want to take advantage of the Ryzen 9 branding, they'll either have to build something sleek and sexy or go all-out on power.

As for availability, AMD says that they have over 150 design wins for Ryzen 5000 mobile and that the first notebooks to feature these new processors will be in retail as soon as February.

Join HWZ's Telegram channel here and catch all the latest tech news!
Our articles may contain affiliate links. If you buy through these links, we may earn a small commission.
Previous Story
Acer unveils new Aspire 7 and 5 powered by new Ryzen 5000 series mobile processors
Next Story
Sony leaks reveal a 2021 Xperia Compact smartphone in the works