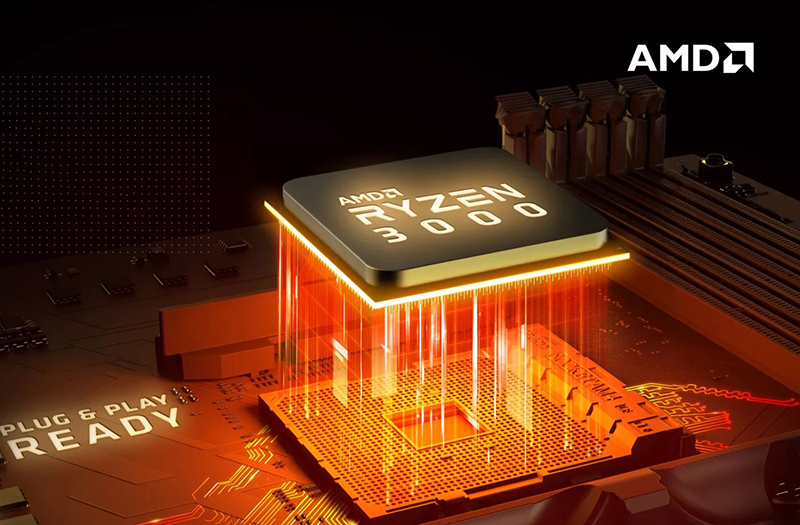 AMD's Ryzen 3000 processors were released to some pretty positive reviews, but one thing people noticed was that they didn't seem to have a ton of overclocking headroom. As it turns out, that may be just by design, as Robert Hallock, Senior Technical Marketing Manager at AMD, has said in a Reddit post that AMD intentionally squeezes out as much performance as it can from the Ryzen 3000 chips. This leaves less headroom for manual overclocking, which is good news for the layperson, but less exciting for those who like to tinker.

That said, this overall seems like a smart and logical move to me. While enthusiasts can often comprise a really vocal subset of PC users, they're still in the minority, and most people just want to buy a CPU and have it work at its best without having to overclock it.

This is where algorithms like Precision Boost 2, Precision Boost Overdrive, and the new Automatic Overclocking feature come in. There's not much need to fiddle manually with voltages and clock speeds, and the chip is designed to automatically push out every megahertz it can, in theory.

You can read Hallock's statement below in full:

I'm not sure what you're asking. Our boost formula is opportunistic based on VRM current, socket power, temperatures. Therefore: light workloads will have a higher boost, and heavier workloads will have a lower boost. This is the basic behavior of Precision Boost 2 we described in November 2017. This is the same boost formulaused for all Ryzen 2000 Series CPUs as well: 4.3GHz peak for light threading, to around 4GHz for all-cores. No change year-over-year in how the boost behaves.

If you're asking whether or not all cores will hit the max boost clock: no. It will not do that, nor have we ever promised or implied that. We've been very clear for 1.5 years that the Precision Boost 2 behavior is a "curve" that tries to get the loaded cores to the highest possible frequency with respect to the aforementioned limits. Even with all cores loaded, the CPU can maintain frequencies that are hundreds of MHz higher than base.

The other goal of our engineering effort is to absolutely maximize the performance of the product out of the box. //EDIT: By designing algorithms that extract the maximum silicon performance automatically (e.g. Precision Boost 2) without asking the user to tinker or risk their warranty. So, no, you're not going to see a whole lot of manual OC headroom. That's just performance an average person--who doesn't know how to OC--can't access. Why would we do that? It is not our intent to leave anything on the table.

The important thing to remember is that the boost clock cited by AMD is not in fact an all-core boost clock. So when AMD says that the Ryzen 9 3900X can boost to 4.6GHz, that only refers to maybe one or two cores, while the others follow a more gradual curve controlled by the Precision Boost 2 algorithm. The same applies to Intel as well, where the boost clock also traditionally refers to single-core boost frequencies.

So don't work yourself into a tizzy because your Ryzen 9 3900X is not hitting 4.6GHz on all cores. It was never supposed to.

Nevertheless, it's also important to remember that both AMD's Zen 2 architecture and the 7nm process node are fresh out of the oven. It's possible that we'll see more improvements in overclocking headroom as the technology matures, so AMD might eventually be able to make both enthusiasts and casual users happy.

In the meantime, you may be better off overclocking your memory instead of your Ryzen 3000 processor.

Join HWZ's Telegram channel here and catch all the latest tech news!
Our articles may contain affiliate links. If you buy through these links, we may earn a small commission.
Previous Story
People could be listening to the conversations you have around your Google Assistant device
Next Story
Walkie-Talkie on the Apple Watch has been disabled because Apple found a vulnerability