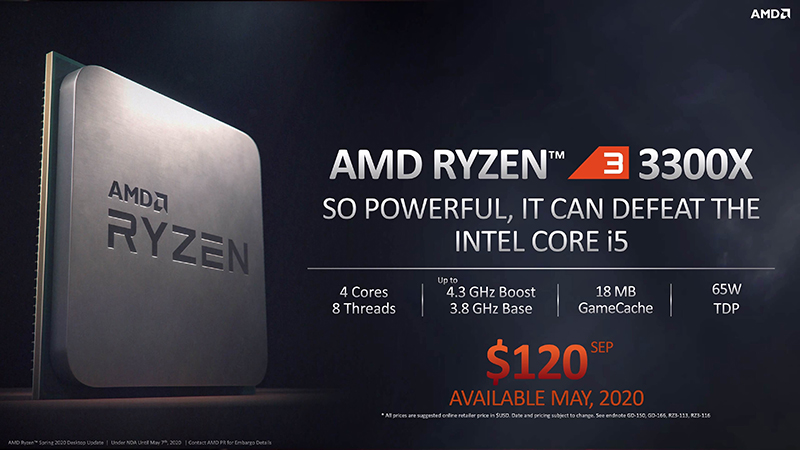 AMD has announced a couple of new entry-level Ryzen 3 processors and the long-anticipated B550 chipset. It also dropped some tantalising hints about the future, revealing that its next-generation Zen 3 processors will be supported on the existing X570 and new B550 chipsets, both of which are still based on the 3-year-old Socket AM4.

To start off, here's an overview of the specifications of the new Ryzen 3 chips, both based on the Zen 2 architecture:

Both processors will ship with a Wraith Stealth cooler, which is pretty capable as far as stock coolers go.

And just like the existing Ryzen 3000 processors, the new chips will support the PCIe 4.0 interface, in addition to DDR4-3200 memory. They'll also come unlocked, which means you'll be free to overclock them. As it turns out, someone already managed to push the Ryzen 3 3100 to a whopping 5.9GHz on LN2, an impressive feat for a budget CPU.

You'll get the full 16 lanes of PCIe 4.0 connectivity as well, a huge step up from the PCIe 3.0 x8 connection found on AMD's APUs. However, unlike some of Intel's Core i3 line of processors, the Ryzen 3 3100 and 3300X do not feature integrated graphics, which means you'll still need to shell out for a discrete graphics card.

Meanwhile, the B550 chipset effectively brings PCIe 4.0 to the masses, which means that you no longer have to buy a more expensive X570 motherboard to take advantage of PCIe 4.0. However, older chips will be left behind, as B550 will only support the latest Ryzen 3000 processors. That said, you do get a full 20 usable PCIe 4.0 lanes from the CPU, which means the ability to run both a PCIe 4.0 SSD and graphics card at the same time. 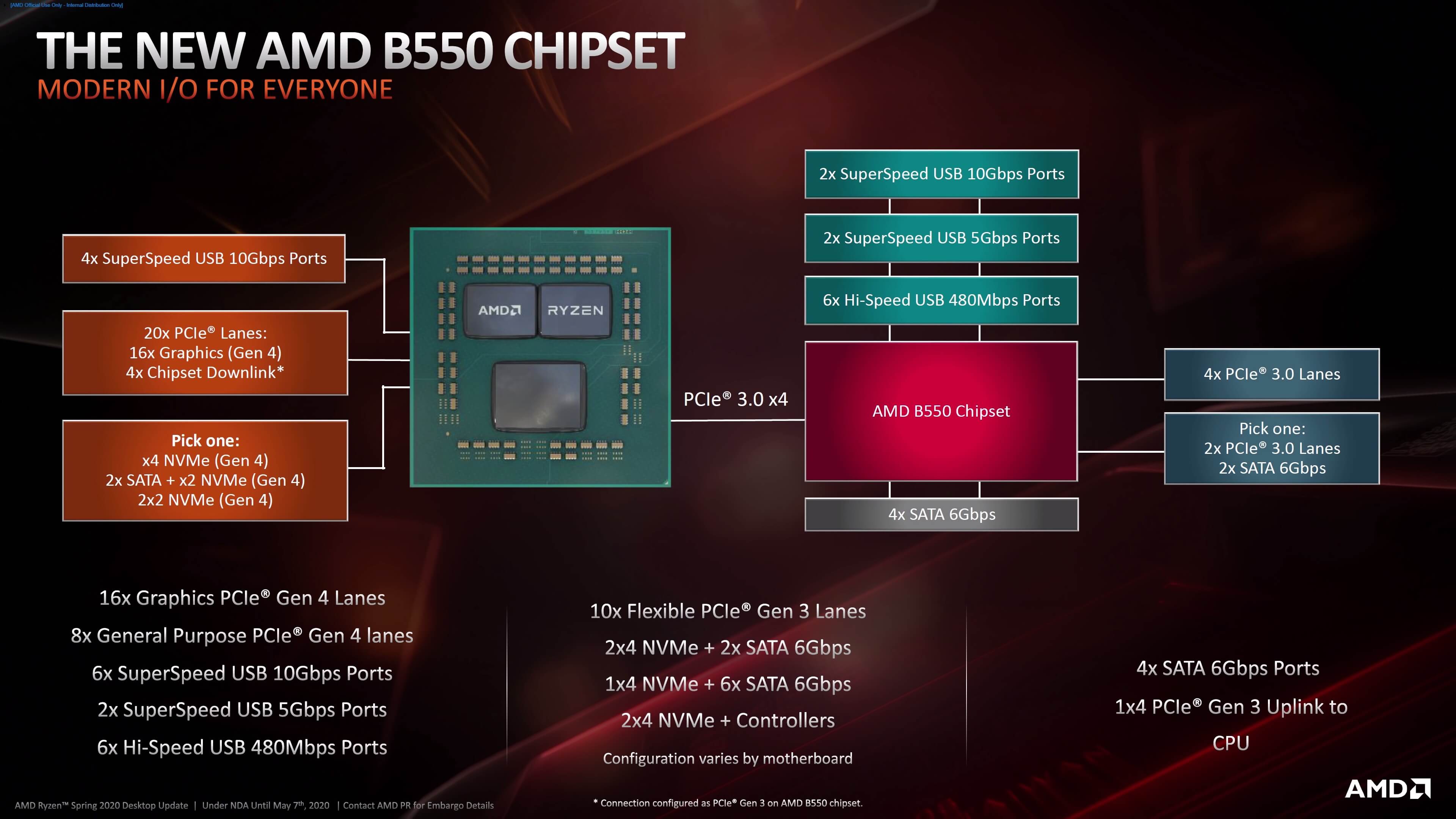 Moving forward, AMD also revealed that its upcoming Zen 3 architecture will be compatible with Socket AM4 on its X570 and B550 motherboards. This will require a BIOS update, and specific details will arrive at a later time, but this is good news for enthusiasts who have come to enjoy AMD's commitment to ensure some form of backward compatibility with existing hardware as it announces new processors. In comparison, Intel is notorious for breaking compatibility altogether, often necessitating the purchase of a whole new motherboard when you buy its latest processors.

However, Zen 3 will not be compatible with pre-X570 chipsets. According to AMD, this is because of the capacity limitations of the flash memory chips that store BIOS settings, which make it necessary to draw an arbitrary line somewhere to free up space.

As for how long Socket AM4 will last, AMD says that depends on how industry I/O technologies evolve. Changes to this technology could require adjustments to pin count or the layout of a processor package, which would then require a new socket.

Either way, owners of an X570 motherboard will be pleased to know that they can look forward to Zen 3 without the added expense of a new board.