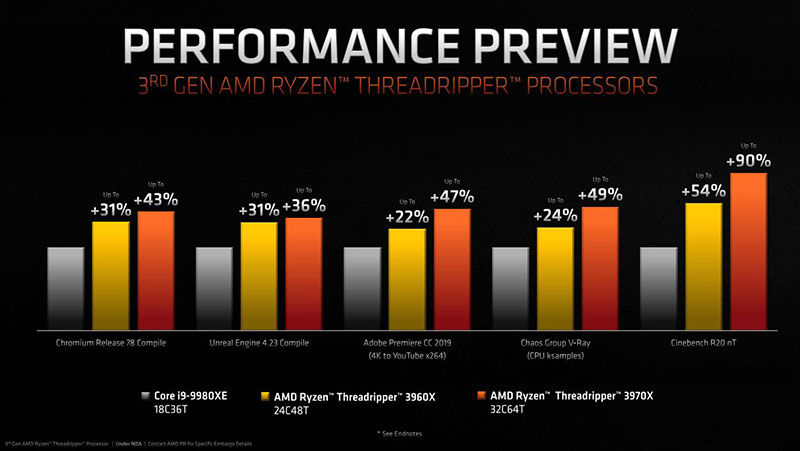 AMD has taken its wraps off its third-generation Threadripper products, proving that its high-end desktop chips are still alive and kicking with a vengeance. Rumours earlier in the year speculated that Threadripper was being scrapped, but it looks like AMD is still powering ahead with its HEDT chips, which originally started out as a skunkworks project among some engineers.

Threadripper is a chip unlike any other, and it allows users to cram up to 32 cores into their desktop without needing a server-class motherboard. The Threadripper 3960X and 3970X are 24- and 32-core parts respectively, and they're based on the same 7nm Zen 2 architecture that powers its Ryzen 3000 processors. 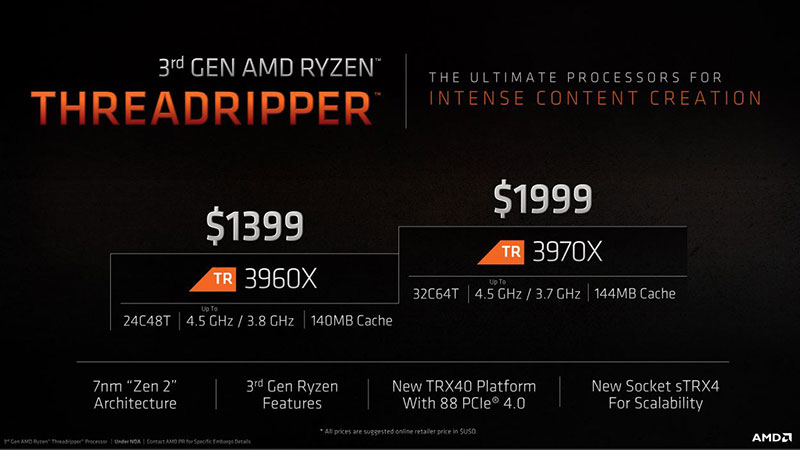 AMD introduced its first 32-core Threadripper chip last year with the 2990WX, so the TR 3970X is quite clearly the successor to that.

Here's an overview of how they stack up against their counterparts from the previous generation:

The third-generation Threadripper processors will also not be backward compatible with the older X399 chipset or Socket TR4. Instead, AMD is introducing a new TRX40 platform and sTRX4 socket. There's no cross-compatibility with older products for Threadripper this time, and many of the improvements made to this generation of Threadripper have their roots in the new platform. Among these are certain ambitions for what AMD refers to as "scalability", but the company stopped short of elaborating more on that.

Overall, AMD didn't delve into too much detail and it says it's saving the nitty gritty stuff for a later date. But it did reveal the rich I/O options that will be available, including support for up to 12 USB 3.2 (Gen 2) ports. 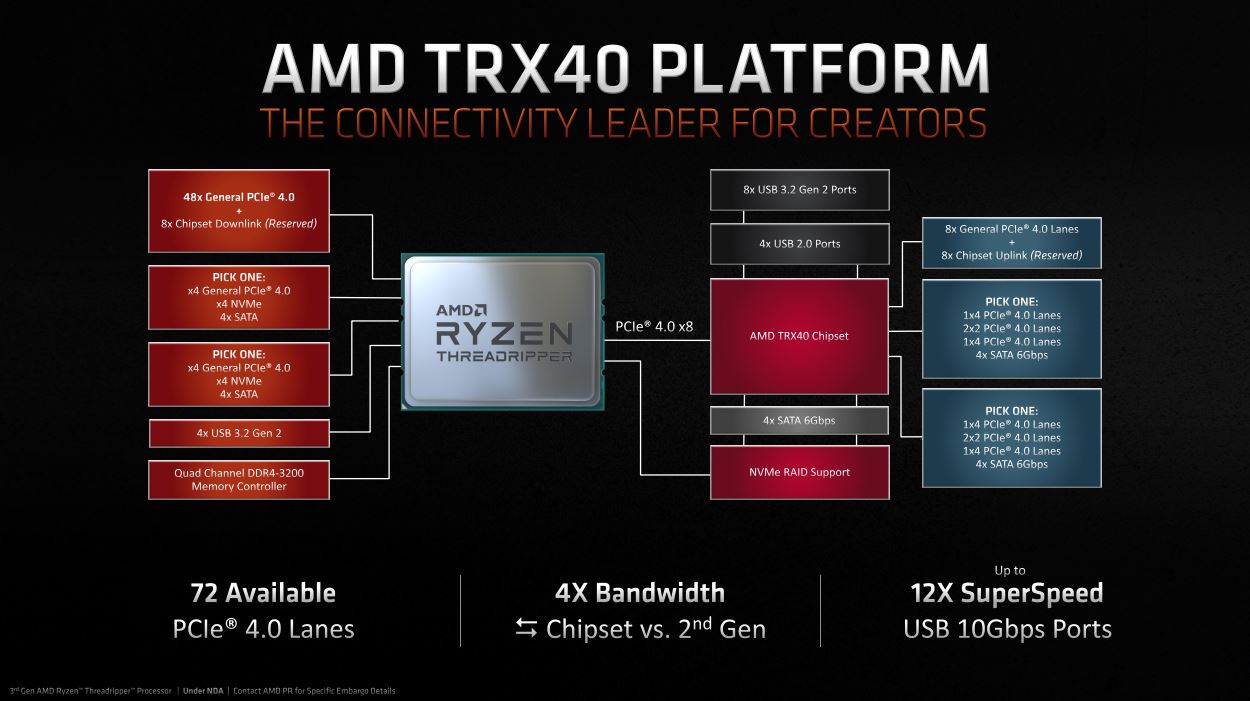 The link between the Threadripper chip and the TRX40 platform has also been upgraded to 8 lanes of PCIe 4.0, compared to just four PCIe 3.0 lanes from before. That's quadruple the bandwidth between the chipset and CPU, which will allow you to run more devices at the same time and at full bandwidth.

The new processors will be available on 25 November, alongside TRX40 motherboards and the Ryzen 9 3950X.

Join HWZ's Telegram channel here and catch all the latest tech news!
Our articles may contain affiliate links. If you buy through these links, we may earn a small commission.
Previous Story
Google forms alliance with security firms to fight bad apps
Next Story
Get the Aura Pink Samsung Galaxy Note10 from 9th November!