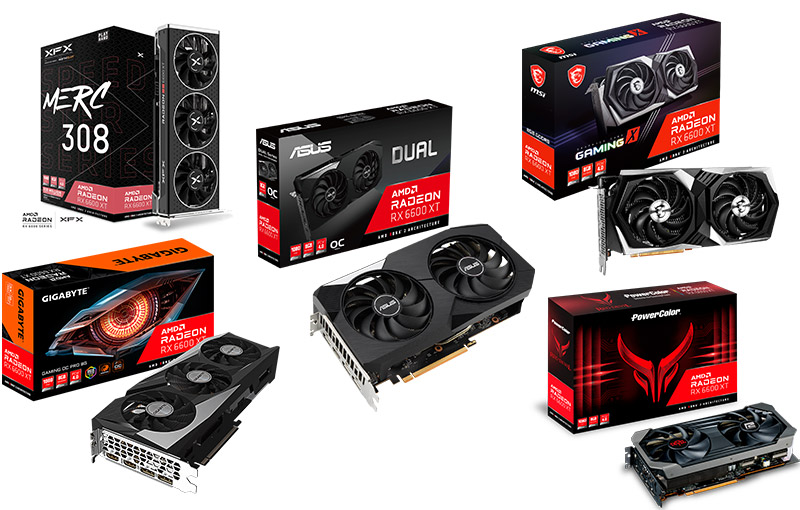 AMD has announced a new RX 6000 Series GPU that's targeted at the entry-level market - the US$379 Radeon RX 6600 XT. It should come as no surprise however, as the company hasn't got a card at the US$300 price range to compete with NVIDIA's own entry-level GeForce RTX 3060 and RTX 3060 Ti. And so here we are.

But as we all know by now, recommended pricing by AMD and NVIDIA are nothing more than jokes and memes by this point (HAHAHA!), as the global silicon shortage isn't a situation that's going to get better until next year at the earliest. This has resulted in a cascading effect where current-gen RX 6000 and RTX 30 Series graphics cards are sold at prices way above the SRPs at retail - and that is if you can even find them at all.

The Radeon RX 6600 XT is still based on the same RDNA 2 architecture as its more powerful siblings and is geared towards gamers who play at 1080p and don't need a next-gen, more expensive, 4K gaming setup. According to AMD, the GPU features 32 compute units, 8GB of GDDR6 RAM, a 2589MHz boosted clock, and draws 160W of power. For comparison, the flagship Radeon RX 6900 XT has 80 compute units, while the closest RX 6700 XT comes with 40 compute units. In benchmark number shared by AMD (which we should take with a wee bit pinch of salt), the new card supposedly outperforms the US$329 GeForce RTX 3060. 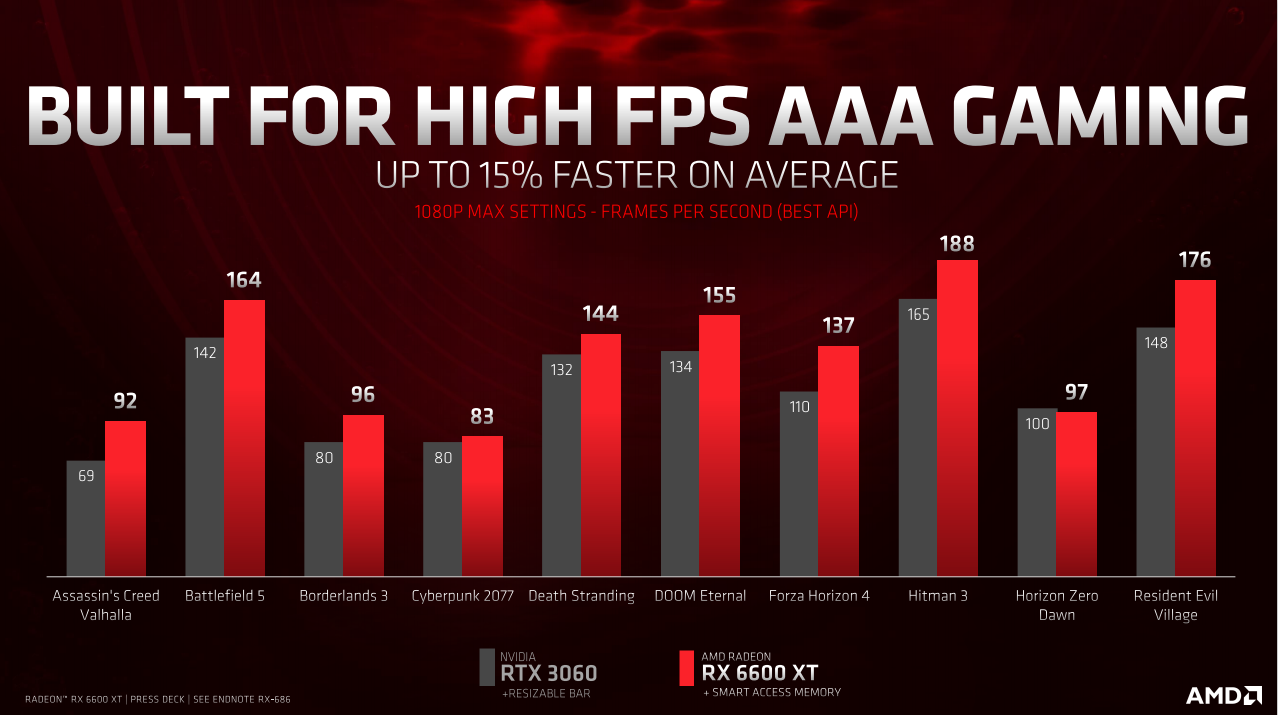 This time, AMD won't be releasing a card of their own and will be leaving it to its slate of partners to populate their RX 6600 XT cards at retail instead. They include the usual suspects like ASUS, Gigabyte, MSI and ASRock, Biostar, PowerColor, Sapphire, XFX and Yeston. Prebuilt systems with the card are also expected to arrive sometime this month too.

Join HWZ's Telegram channel here and catch all the latest tech news!
Our articles may contain affiliate links. If you buy through these links, we may earn a small commission.
Previous Story
Dyson's new Micro 1.5kg vacuum cleaner is perfect for post-vaccination sore arms
Next Story
Marvel Studios' Hawkeye series will hit Disney+ in November