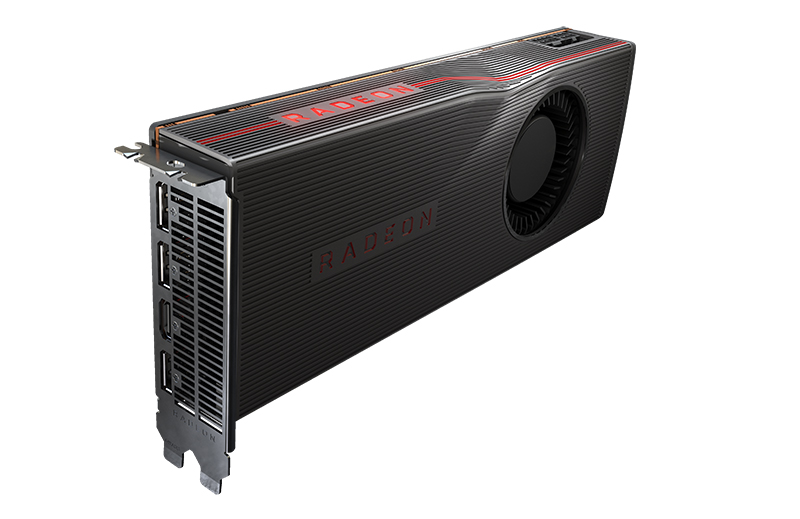 The US$50 drop may not seem that drastic at first glance, but it actually shakes up the competitive landscape quite a bit. Official benchmark numbers are embargoed till tomorrow, so I can't delve into too much detail about what this might mean specifically. However, it's possible to speculate based on AMD's own numbers, which put the Radeon RX 5700 XT slightly ahead of the NVIDIA GeForce RTX 2070. Similarly, the Radeon RX 5700 was pit against the GeForce RTX 2060, where the former was shown to be anywhere from 4 to 21 percent faster, depending on the game.

But now that AMD's riposte is to price the Navi cards even lower, it looks like they might actually go up against the US$399 GeForce RTX 2060 Super and US$349 2060 instead, while possibly having a slight performance advantage. Either way, the GPU space just got a lot more competitive, which is good news for consumers all around.

Meanwhile, AMD is also slashing the price on the US$499 Radeon RX 5700 XT 50th Anniversary Edition, so its product stack currently looks like this:

Join HWZ's Telegram channel here and catch all the latest tech news!
Our articles may contain affiliate links. If you buy through these links, we may earn a small commission.
Previous Story
Samsung unveils the Galaxy Tab A (8.0-inch, 2019)
Next Story
Samsung confirms Galaxy Note 10 and sets 7 August launch date