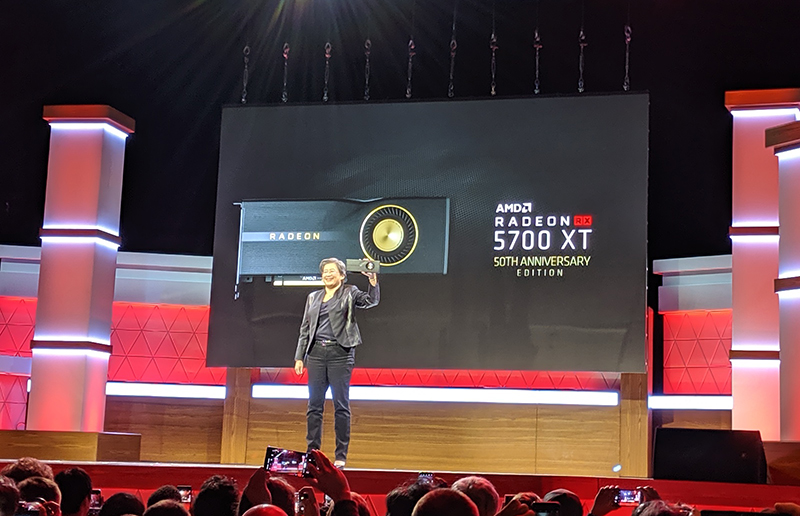 AMD had a couple of surprises at the end of its E3 press conference. After the announcement of its Radeon RX 5700 XT and Radeon RX 5700 GPUs, CEO Lisa Su took to the stage again to reveal the Radeon RX 5700 XT 50th Anniversary Edition. This is a souped-up version of its Navi flagship and comes decked out in stealth black and a sleek gold blower fan.

If you look closely, you'll also notice Lisa Su's signature on the shroud right next to the Radeon branding. 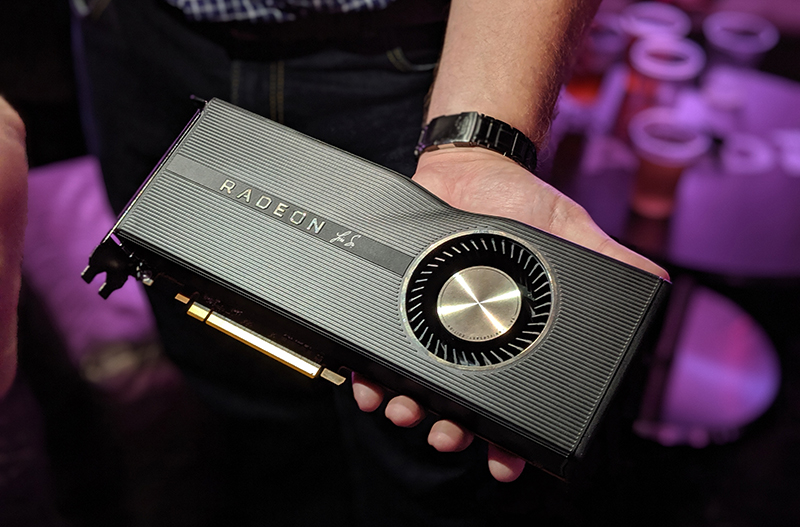 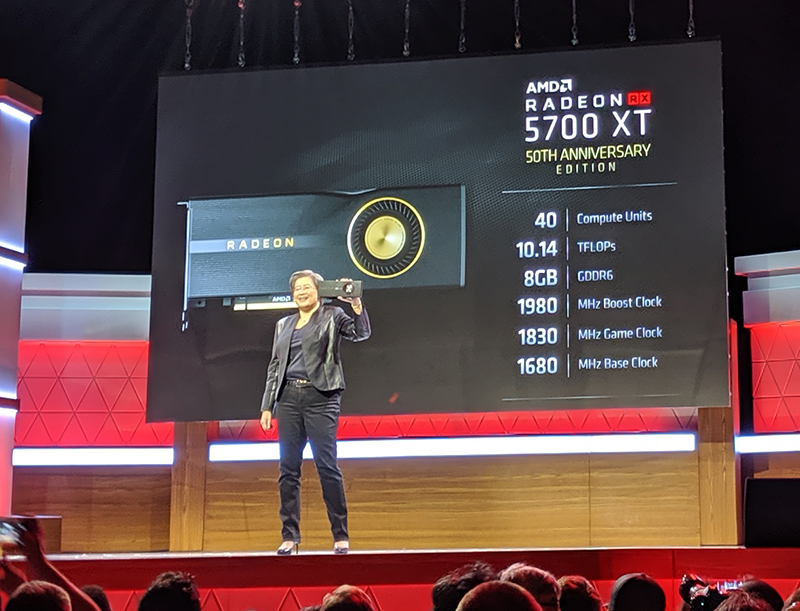 The card will be available to buy directly from AMD's website at US$499.