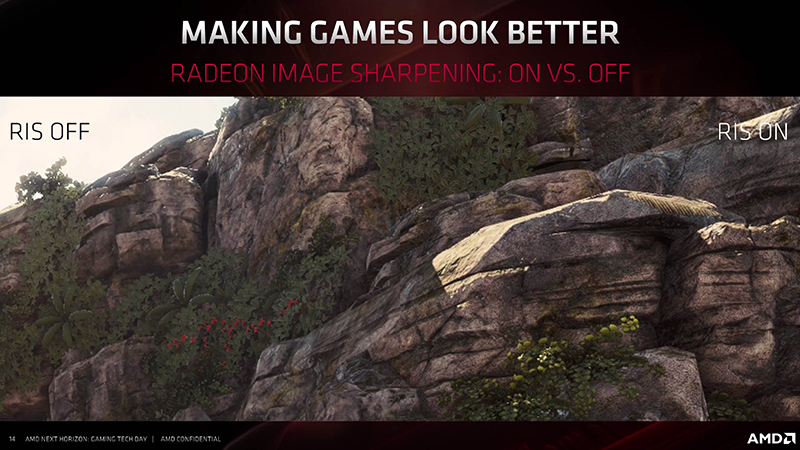 AMD today released a driver update that brings support for Radeon Image Sharpening (RIS) to its older Vega-based graphics cards, including the Radeon VII from earlier this year. Radeon Adrenalin Software 19.9.3 is now available for download here, and it lets owners of Vega-based cards take advantage of the sharper visuals offered by RIS.

The support for Vega comes after the recent announcement of support for RIS on the Radeon RX 400- and 500-series cards. The full list of supported cards is as follows:

RIS relies on algorithms to improve sharpness in the areas that most need it. It's particularly useful when you downscale a game's resolution from your monitor's native resolution to improve performance, or even when you use various anti-aliasing techniques. However, the best part is that there's barely any performance impact, so you get better-looking graphics at next to no cost.

However, after AMD added support to its Radeon RX 400- and 500-series cards in early September, the company said that it would consider adding support for Radeon RX Vega cards, depending on "end user reception and demand". That didn't really convey any serious form of commitment, so enthusiasts were up in arms over their Vega flagships been left out.

On the r/amd subreddit, a thread titled "Dear AMD, of course we want Radeon Image Sharpening on Vega, this shouldn't even be a question", has garnered 2,300 upvotes and just under 400 comments.

Well, these folks can rest now. There's clearly demand for the feature, and AMD has listened. In addition to RIS support for Vega, Radeon Adrenalin Software 19.9.3 also adds optimisations for Tom Clancy's Ghost Recon Breakpoint, which releases on 4 October.

Join HWZ's Telegram channel here and catch all the latest tech news!
Our articles may contain affiliate links. If you buy through these links, we may earn a small commission.
Previous Story
AMD is giving away Borderlands 3 and Ghost Recon Breakpoint with select Ryzen and Radeon hardware
Next Story
Apple CEO confirms plans to roll out Apple Card internationally