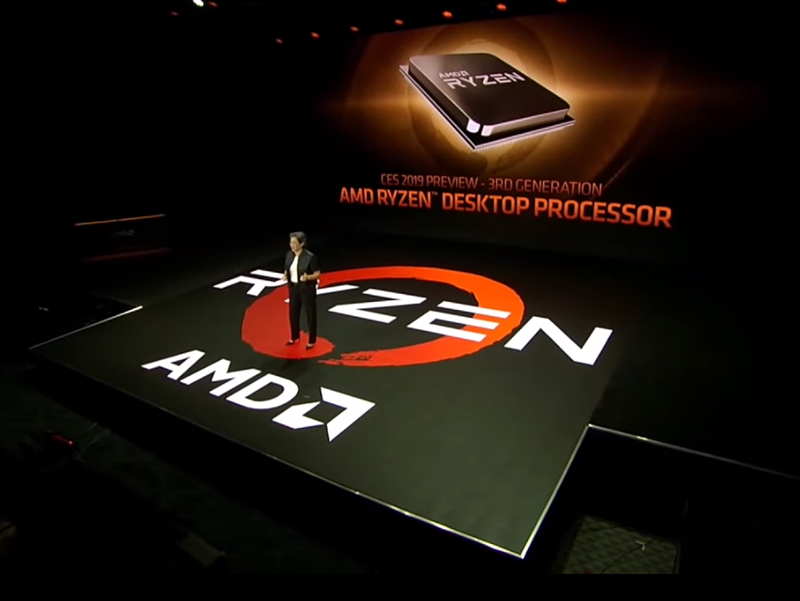 AMD has given audience a sneak preview of its 3rd-gen AMD Ryzen desktop CPU at its CES 2019 keynote address. AMD CEO Dr. Lisa Su held up the processor to show off its two cores. 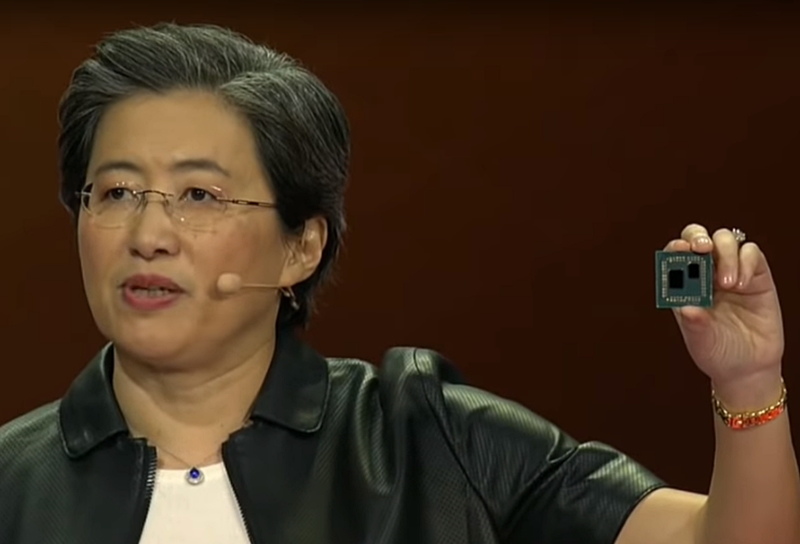 The smaller die is the 7nm Zen II processor with 8 cores, 16 threads and the larger die is the I/O die, specifically designed for the PC market. The I/O feeds data between the Zen II component and the rest of the PC system. The 3rd generation AMD Ryzen CPU will also be the first PC platform to support the new PCIe Gen 4.0 standard, and it will take advantage of the new generation of expansion cards that will take advantage of the new bus standard. At the keynote, Dr. Su also showed the compute process prowess of the new desktop CPU, vis-à-vis an Intel Core i9-9900K-based system. The AMD system managed to beat the Intel system with a lower power draw. She also showed off another AMD system running Forza Horizon 4 at maximum game settings at 1080p and the display’s framerate was always above 100fps.

The 3rd generation AMD Ryzen processor is slated for a mid-2019 launch, its operating frequencies nor SRP was shared as the preview was centered on an early production version of the processor.