Note: This article was first published on 7 August 2019. The AMD EPYC 7002 series server CPUs have been officially released for data centre partners. They represent the 2nd generation of EPYC processors that promise to address enterprise, cloud and high-performance computing (HPC) workloads. Besides being the first server processors that are based on the 7nm fabrication process, these CPUs feature up to 64 cores in eight interconnected "Zen 2" CPU chiplets, which are also connected to a single 14nm I/O and memory chiplet via 2nd-gen AMD Infinity Fabric. Compared to the previous generation EPYC chips, the newer Rome processors offer up to double the compute performance per socket, and about four times more in terms of peak theoretical FLOPS. It’s also the first x86 chip to support PCIe 4.0, offering 128 lanes for both PCIe 4.0 and 3.0 bus standards, with a maximum bandwidth of 32GB/s that’s double that of PCIe 3.0. 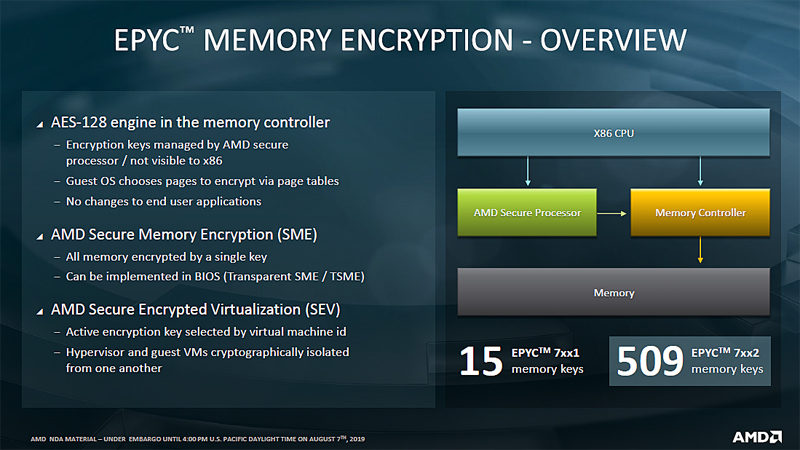 There are also security features baked into the chips, which include AMD Secure Processor that’s a dedicated security subsystem running a secure kernel, AMD Secure Memory Encryption (SME) that encrypts all memory with a single key, and AMD Secure Encrypted Virtualization (SEV) that isolates the hypervisors and all guest virtual machines. 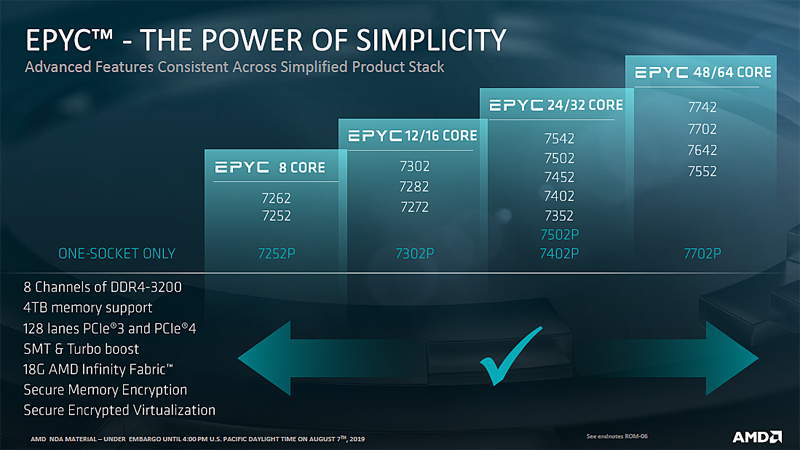 AMD has also made inroads into the server market segment as tech heavyweights Google and Twitter announced their 2nd-gen AMD EPYC-based server deployments in their respective data centres. Google will also offer virtual machines, powered by 2nd-gen AMD EPYC-based servers, to their Google Cloud customers. This expansion of the AMD EPYC ecosystem validates AMD’s credible efforts to establish their foothold in the server market segment.

Join HWZ's Telegram channel here and catch all the latest tech news!
Our articles may contain affiliate links. If you buy through these links, we may earn a small commission.
Previous Story
Sign up to StarHub's new Turbo Gamer 2Gbps plan and get a free ASUS ROG Rapture GT-AC2900 gaming router
Next Story
Get Comex 2019 content and brochure updates via HardwareZone's WhatsApp service!