AMD has officially launched its next generation A-Series APUs (Accelerated Processing Units) that were codenamed "Richland". The four new AMD Elite A-Series are slated to be featured in performance and traditional notebooks to be shipped by this month in "selected regions".

The new Richland-class APUs comprise a pair of quad-core chips, and a pair of duo-core ones. Compared to the earlier Trinity mobile APUs that were launched in May last year, the new APUs offer slightly higher clocks in terms of their CPU frequency and they also sport an updated graphics core engine of the Radeon HD 8000 Series. 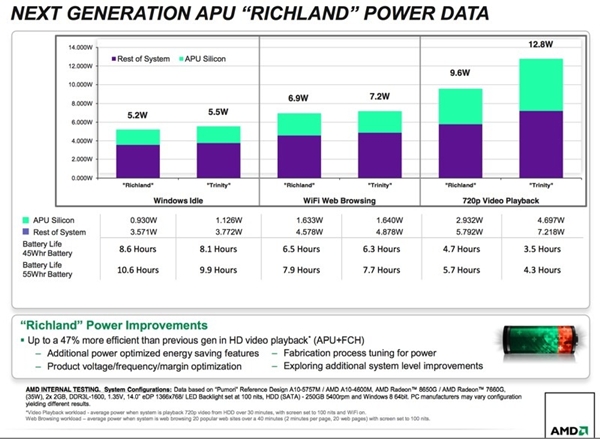 These software titles will come pre-loaded on select AMD Elite A-Series APU-based notebooks and will be downloadable from the company's site next month.

In terms of hardware improvement, the Richland-class APUs boast of improved Turbo Core 3.0 technology that features new algorithms to achieve a more balanced power-delivery solution to both CPU and graphics cores. Like the Trinity APUs, the new APUs also support AMD's Eyefinity multi-monitor technology, as well as dual graphics configurations and DirectX 11. According to AMD, details of the desktop variants of the Richland APUs will be announced soon, and are slated for launch by first half of the year.

Join HWZ's Telegram channel here and catch all the latest tech news!
Our articles may contain affiliate links. If you buy through these links, we may earn a small commission.
Previous Story
Canon Announces Two Models from the PowerShot A Series
Next Story
Dropbox 2.0 Brings Drop-down Menus