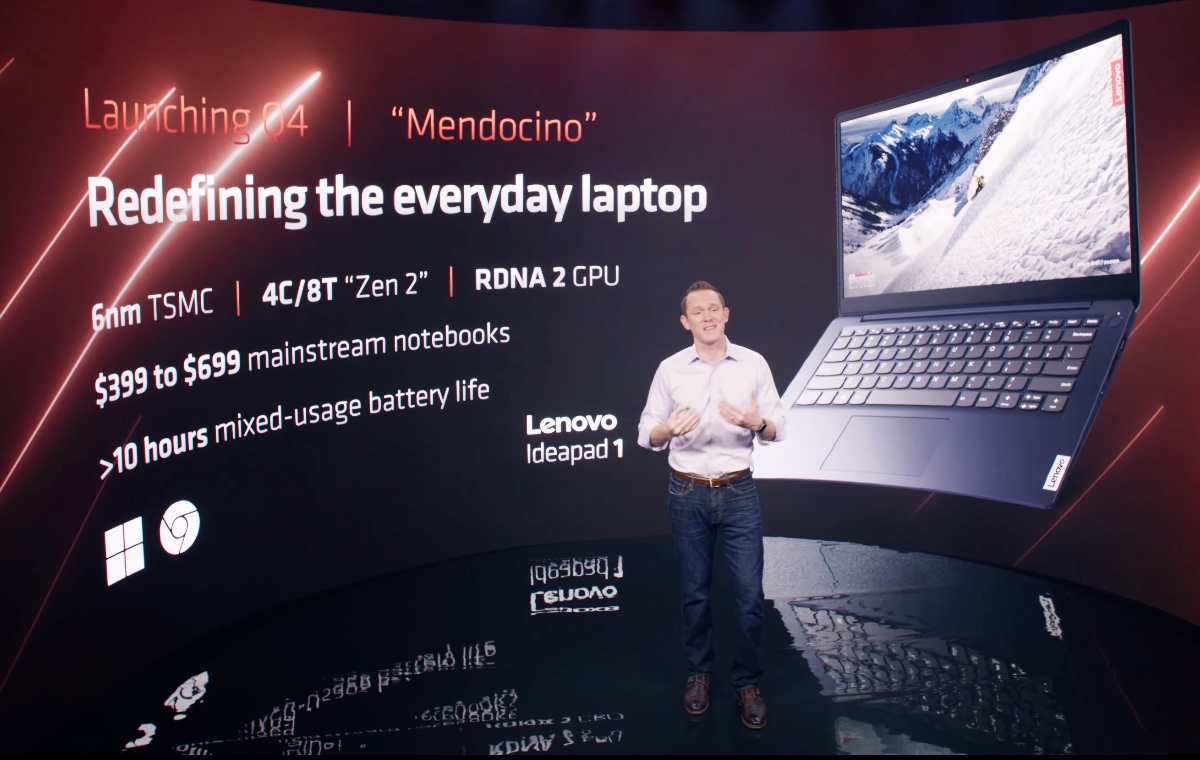 Yesterday, AMD announced its new Ryzen 7000 processors which are based on the company's new Zen 4 architecture.

While that made the headlines for obvious reasons, AMD also took the time to show its new "Mendocino" APU which would be found in more modest devices.

Said to power "mainstream" notebooks in the US$399 to US$699 range, Mendocino is built on a 6nm process and features four of the company's Zen 2 cores and RDNA 2 integrated graphics.

Using Zen 2 cores at this point might seem unusual but it makes sense for AMD since Zen 2 was optimised for quad-core designs. Zen 3, on the other hand, is optimised for 8-core applications.

As for graphics, don't expect these APUs to feature a high core count, but the inclusion of RDNA 2 graphics would mean at least that these chips should support the latest video codecs. This is crucial because it would allow these APUs to support hardware acceleration of video conferencing apps.

AMD says Mendocino would launch in the fourth quarter of this year. If all goes well, you should see Mendocino notebooks hit the stores just in time for the year-end holiday season.

Join HWZ's Telegram channel here and catch all the latest tech news!
Our articles may contain affiliate links. If you buy through these links, we may earn a small commission.
Previous Story
NVIDIA adds liquid-cooled GPUs to lower power draw and cost in data center servers
Next Story
Apple Music subscription for students increased by $1 per month