AMD may finally launch its Navi architecture at E3 this year

AMD may finally launch its Navi architecture at E3 this year 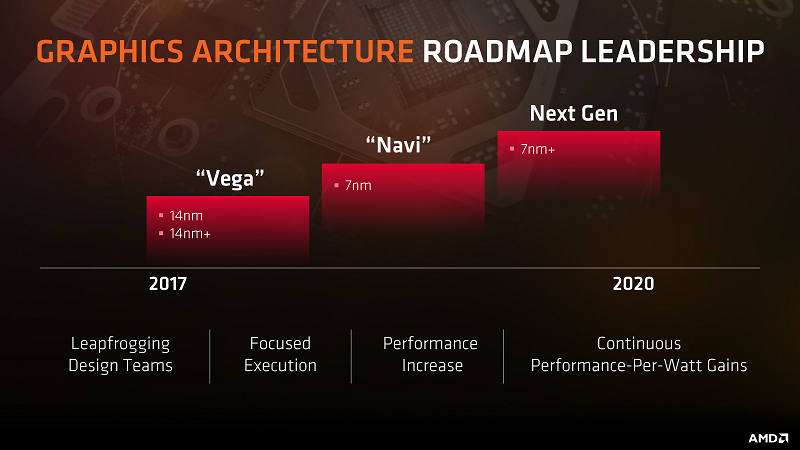 We've been waiting for a new GPU architecture from AMD for too long. Supposedly, that GPU will be based on the new Navi architecture, but there have been scant details about that so far. That said, the rumor mill is starting up again, and there is now talk that a Navi GPU could be launching around the middle of the year.

That's backed up by the fact that AMD CEO Lisa Su said at her CES keynote that we would hear more about Navi in 2019, calling the year a "very active graphics cycle". Sites like Red Gaming Tech and OC3D are now reporting that the Navi architecture could launch in June, with availability slated for a month later.

This places the launch timeframe somewhere around E3 or Computex 2019, but there are no concrete details yet. Microsoft is also expected to talk more about its next-generation Xbox at E3, a console that is thought to be utilizing AMD's Navi architecture.

However, there are also rumors that the upcoming GPU would be aimed at the low to mid-range market instead of the high-end, going after the GeForce RTX 2060 rather than the 2080 Ti. In addition, a high-end Navi GPU is supposedly not arriving till later in 2019 or even early 2020.

Having said that, there's virtually no way to guess how well Navi will perform, even though there are also claims that AMD is very happy with the outcomes so far. Nevertheless, this is still purely speculation, and we'll have to wait till June to see if the rumors pan out.