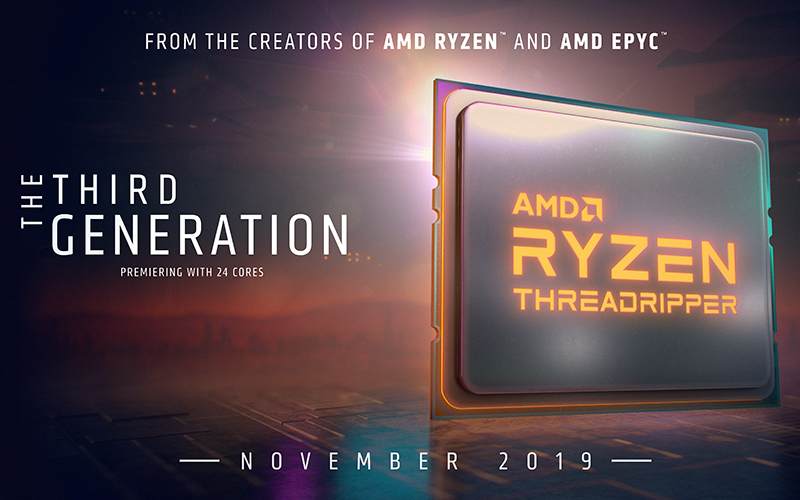 AMD is pushing back the launch of its flagship 16-core Ryzen 9 3950X processor to November, which is when its third-generation Threadripper chips based on the Zen 2 architecture are also expected to debut.

The Ryzen 9 3950X was originally supposed to launch in September, but the company is pushing the release date back to focus on meeting demand for its Ryzen 3000 series processors:

We are focusing on meeting the strong demand for our 3rd generation AMD Ryzen processors in the market and now plan to launch both the AMD Ryzen 9 3950X and initial members of the 3rd Gen AMD Ryzen Threadripper processor family in volume this November. We are confident that when enthusiasts get their hands on the world’s first 16-core mainstream desktop processor and our next-generation of high-end desktop processors, the wait will be well worth it.

We already know that the Ryzen 9 3950X is a 16-core/32-thread chip with a 4.7GHz boost clock and an expected retail price of US$749. However, details on the upcoming Threadripper processors are sparser, although the image that AMD shared says that the series will debut with a 24-core model.

The Ryzen 7 3700X and Ryzen 9 3900X have been in short supply in recent months. Furthermore, TSMC, which makes AMD's Zen 2 processors, recently increased its lead time for new orders from two months to six, so it makes sense that AMD would want to first focus on addressing possible supply issues before introducing a new chip into the mix.