AMD amps up FidelityFX Super Resolution 2 and FSR 2.2 momentum with even more games

AMD amps up FidelityFX Super Resolution 2 and FSR 2.2 momentum with even more games 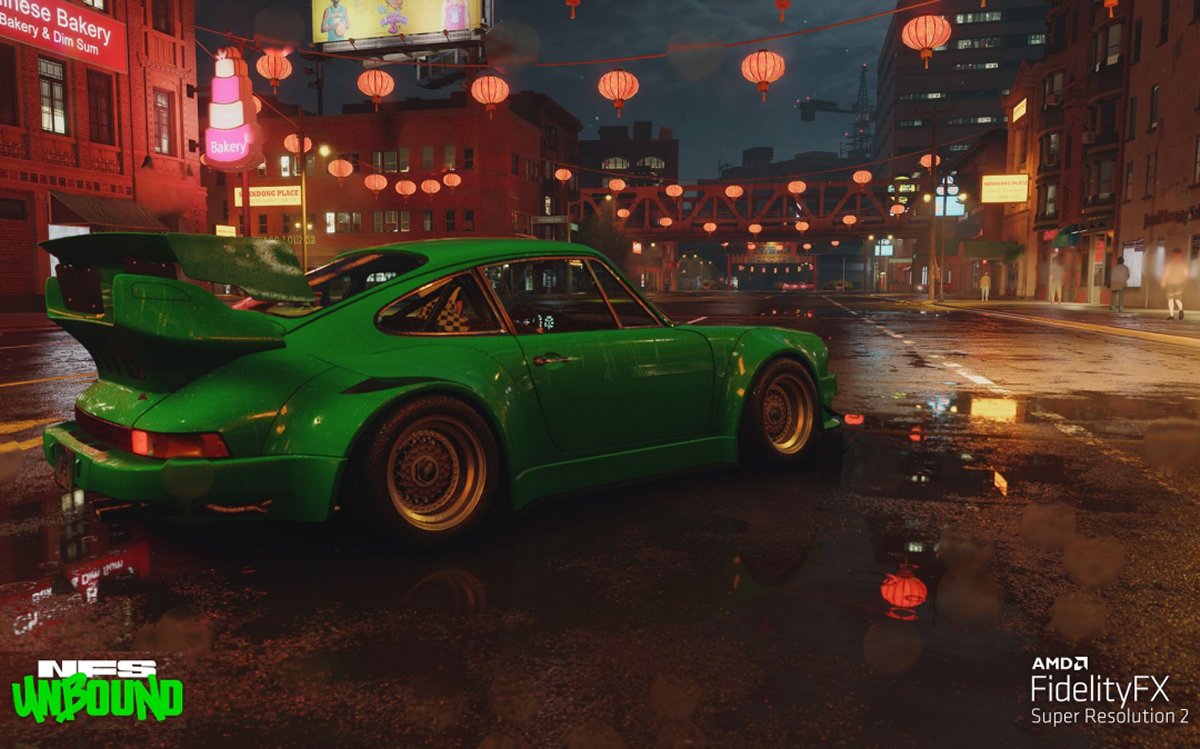 There are now 97 available or upcoming games that have pledged support FidelityFX Super Resolution 2, with 54 of them available now, and the list is growing.

To recap, AMD developed Fidelity FX Super Resolution (FSR) as an answer to NVIDIA's DLSS tech. Now into its third revision supported only on the GeForce RTX 4000 series, DLSS 3.0 (and more importantly, DLSS 2.0) has had quite an advantage of being first in the market with great performance to boast. By contrast, AMD's FSR only debuted in mid-2021, with FSR 2.0 only getting off the ground in mid-2022 alongside the updated RDNA 2 GPU options.

What started with just seven games supporting FSR just over a year back, by the time FSR 2.0 hit the industry, over 110 games are supporting AMD's spatial upscaling solution with performance, and quality boosts without actually having to render at native resolution settings. To scale the requirements of 4K gaming with raytracing effects, AMD FSR is a necessary piece of the puzzle to get there. Plus, FSR even works on NVIDIA graphics cards, so it's not just limited to AMD graphics cards. Here's the list of target resolutions used to upscale to the preferred 1440p or 4K resolutions based on graphics quality mode:-

FSR 2.0 is basically AMD's next-level of temporal upscaling technology that's focused on improving image quality significantly - one of the drawbacks from the earlier 1.0 standard. It does this by using frame colour, depth, and motion vectors in the rendering pipeline and leverages prior scenes to re-create a high-quality upscaled outcome. This is quite similar to DLSS 2.0 standard as well.

However, it seems that the initial AMD FSR 2.0 implementation resulted in some ghosting and shimmering, which of course, doesn't bode well when gaming, especially in fast-paced games. AMD FSR 2.1 was rolled out in August 2022 to address this, while AMD FSR 2.2 rolled out just days back that focusses on bettering the gaming quality of AMD FSR on high-speed games like Need for Speed Unbound and F1 22. Watch Forza Horizon 5 with AMD FSR 2.2 in action, the first game to support this:-

Looks sweet, doesn't it? So what does this all mean? Not only do the brand new Radeon RX 7000 series GPUs get to enjoy FSR 2.0, 2.1 and 2.2 designed games, but the Radeon RX 6000 series and older GPUs that support AMD FSR benefit as well.

Here are all the games that can enjoy AMD FSR 2.0 and higher right now (54 of them), some of which we've tried firsthand and they look really enjoyable enough to challenge NVIDIA's DLSS support:-

You might have heard about AMD's Radeon RX 7000 series announcing AMD FSR 3.0 tech. Unfortunately, this will only launch sometime in Q1 2023, so it's anyone's guess on its momentum and support to be expected. Meanwhile, AMD's FSR 2 is plenty enough to keep gamers happy.

Lastly, the recently released 3DMark Speed Way is the latest DX12 Ultimate benchmark which will soon get an update to support and evaluate AMD FSR 2.2 capabilities.

Join HWZ's Telegram channel here and catch all the latest tech news!
Our articles may contain affiliate links. If you buy through these links, we may earn a small commission.
Previous Story
Safely recycle or dispose of your old tech at myhalo CircularXchange
Next Story
Xiaomi 13 series come with Snapdragon 8 Gen 2 and new Leica cameras