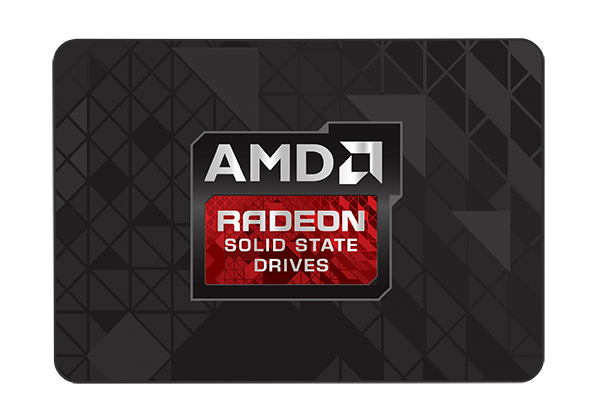 In 2011, AMD made the unusual move of venturing into the memory market with its Radeon-branded memory modules. And just today, the company has announced that it will be offering its own brand of SSDs.

The new Radeon-branded R7 SSD marks AMD’s first foray into the SSD market and it was developed in exclusive collaboration with OCZ/Toshiba. The move is part of a broader strategy to make it easier for consumers to assemble their own AMD-powered systems. Now, the AMD brand covers processors, APUs, memory, graphics and storage.

The R7 drive will be positioned between OCZ’s Vector 150 and Vertex 460 drives, making it a mid to high-end drive. It will utilize OCZ’s tried-and-tested Barefoot 3 controller and it will also be the first high-performance SSD to use Toshiba’s newest A19 MLC NAND. The new A19 MLC NAND offers better endurance, so the R7 is rated for 30GB writes per day for up to 4 years. The 4-year warranty offered by AMD is longer than industry standard for drives in this range (typically 3-years). 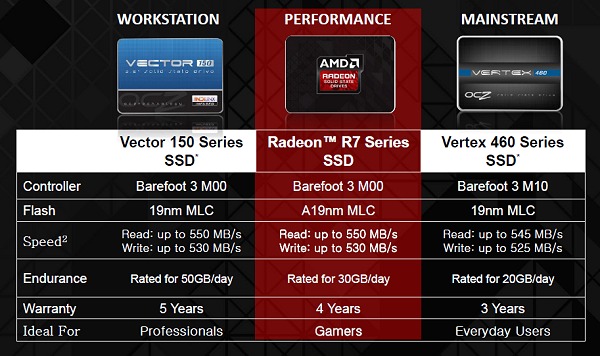 In terms of performance, the R7 is claimed to be able to deliver sequential read and write speeds of 550MB/s and 530MB/s respectively, and random read and write IOPS of 100k and 90k respectively. AMD expects the R7 drive to outperform other popular drives in its range such as the Crucial M500 and Samsung SSD 840 EVO.

For those wondering if there will be an R9-series drive, AMD wasn't able to comment upon that, but you can keep your fingers crossed meanwhile; we are betting on an M.2 drive or a PCIe based SSD unit sometime in the near future, but it is still anybody's guess if that would come to pass.

Join HWZ's Telegram channel here and catch all the latest tech news!
Our articles may contain affiliate links. If you buy through these links, we may earn a small commission.
Previous Story
HTC unveils Butterfly 2 with 13MP Duo Camera and IP57 rating
Next Story
M1 launches plans for disabled and enhances senior and youth benefits