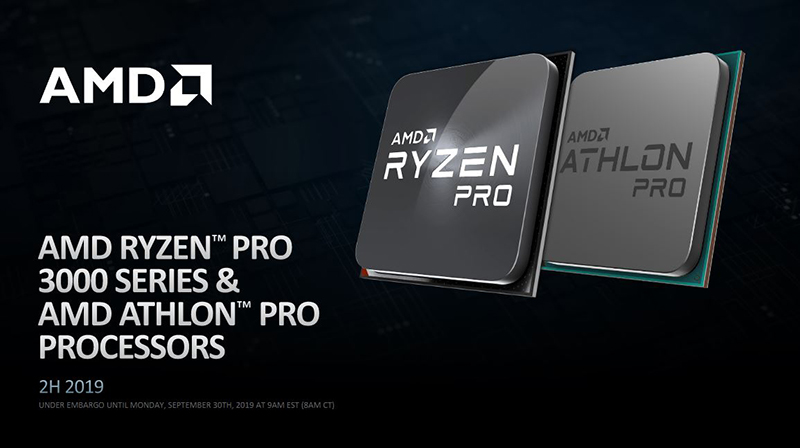 AMD today announced the global availability of its new Ryzen Pro 3000 series desktop processors, in addition to new Ryzen Pro and Athlon Pro chips with integrated Radeon Vega graphics. These processors are designed for enterprises and businesses, and they come with built-in security features and a focus on commercial-grade reliability.

According to AMD, every Ryzen Pro processor comes with a built-in security co-processor that runs AMD GuardMI technology, which helps protect your PC. In addition, AMD Memory Guard helps protect against cold boot attacks with full system memory encryption. These features are present on AMD's mobile Ryzen 3000 chips as well. 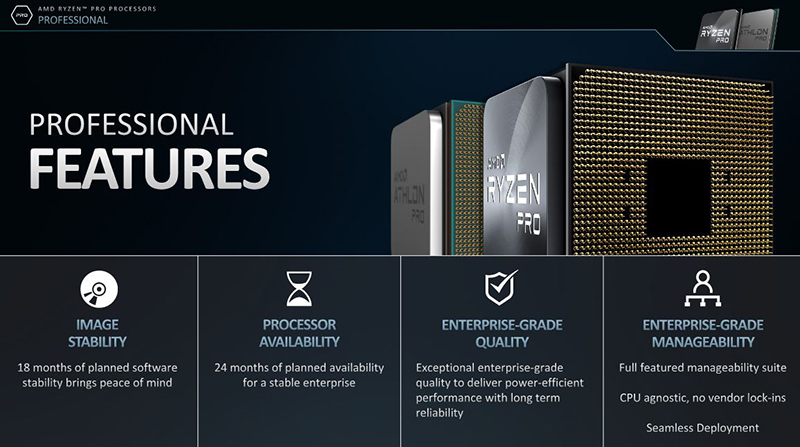 Enterprise systems from HP and Lenovo powered by the new processors will be available starting in Q4 2019. This includes the HP EliteDesk 705 G5 Small Form Factor and EliteDesk 705 G5 Desktop Mini, which will retail at US$669 and US$679 respectively. On Lenovo's end, it's releasing its ThinkCentre M75s-1 small form factor and M75q-1 Tiny form factor, with support for up to the 12-core Ryzen 9 Pro 3900 on the former model. 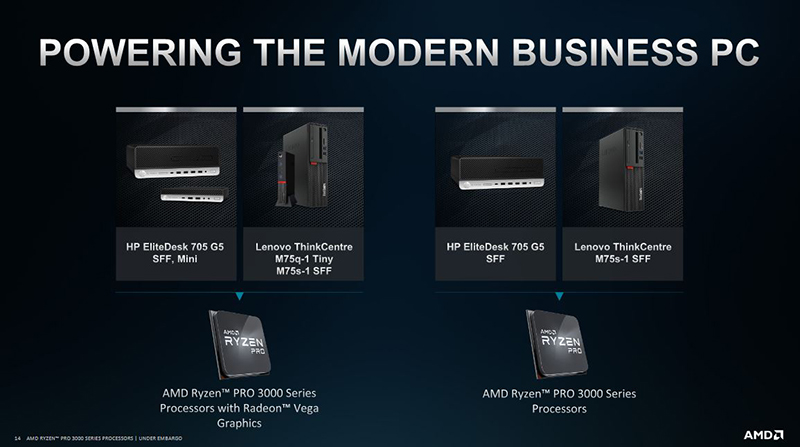 The ThinkCentre desktops feature something called Smart Power-On, which lets you turn on the PC by pressing Alt+P on your keyboard. This creates more flexibility in mounting the desktop, since you can now mount it under the desk or behind the monitor without worrying about the power button being accessible.

If you're familiar with AMD's consumer line-up, some of the Pro chips will seem pretty familiar to you. Here's an overview of their specifications:

Compared to the Intel Core i7-9700, which is an 8-core/8-thread chip with a 3.0GHz base clock, AMD says the Ryzen 7 Pro 3700 is more than twice as fast in certain financial services workloads and over 50 per cent faster in video editing in Adobe Premiere Pro.

It's of course touting its superior multi-threaded performance as well, what with the 12-core Ryzen 9 3900 leading the way. 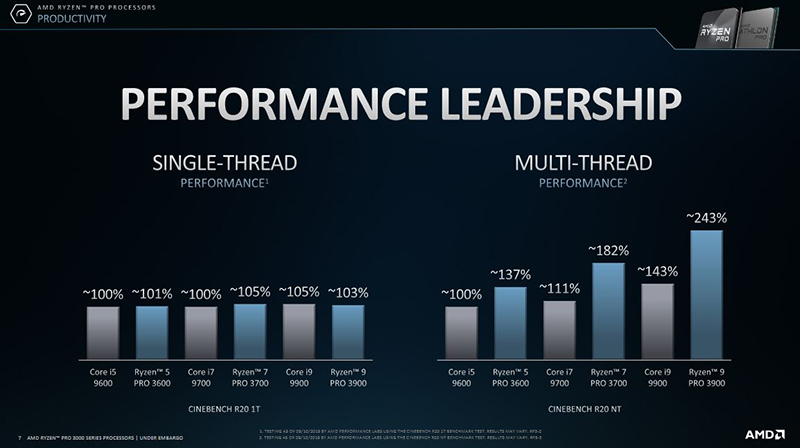