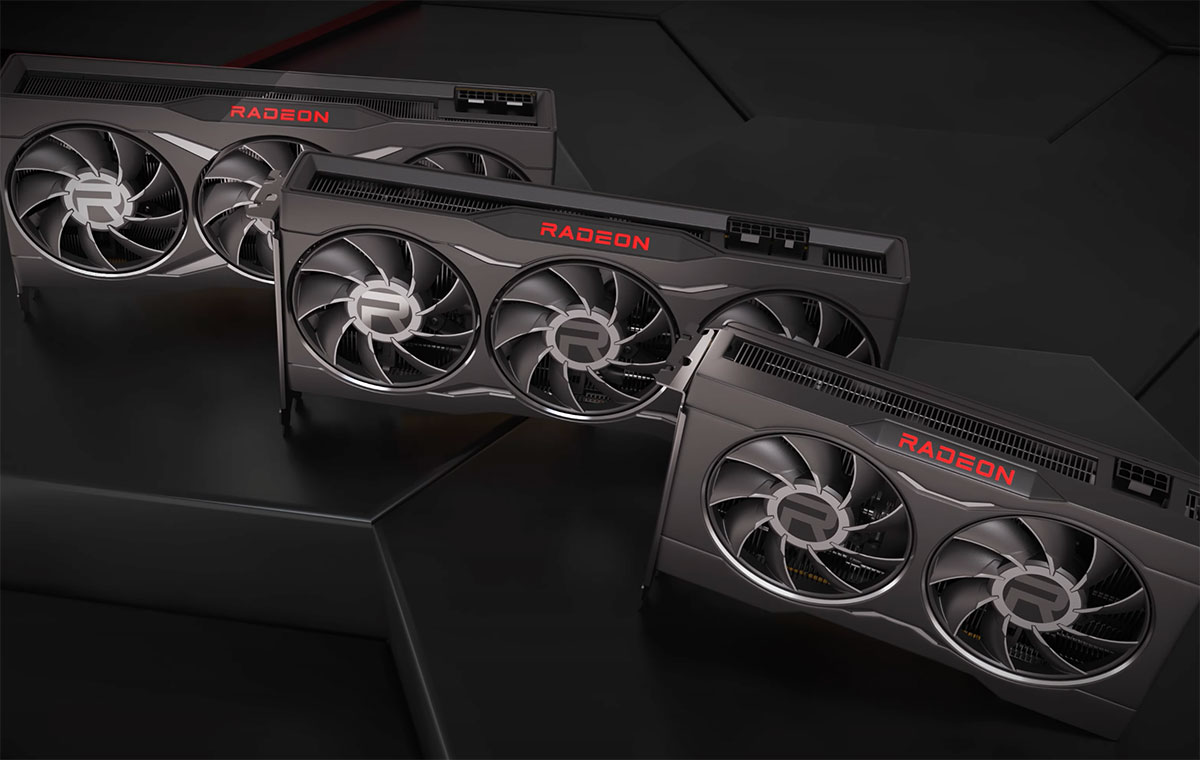 AMD has announced three new GPUs that will be joining its current Radeon RX 6000 series, namely the RX 6650 XT, the 6750 XT and the 6950 XT, the last of which supplants the 6900 XT as AMD's most powerful graphics card to date. The three new cards utilise the same RDNA 2 architecture powering other 6000-series cards, and bring with them upgrades over their existing 6600, 6700 XT and 6900 XT predecessors.

As we noted in our review of the 6900 XT, AMD's comparison of that GPU with NVIDIA's RTX 3090 was a bit dubious, given the latter's better ray-tracing performance and better results in professional workloads. Whether the RX 6950 XT better matches those claims will take extended testing to prove, but given that AMD's RDNA 2 architecture is already about two years old, it may not matter as much.

Alongsid the new GPUs, AMD is also updating its FidelityFX Super Resolution technology, which helps boost framerates in supported games. Dubbed FSR 2.0, AMD announced that it will be compatible with a few more titles, including DEATHLOOP, developed by Arkane Studios and published by Bethesda, support for which will come the soonest, on 12th May. Support for FSR 2.0 in other games will come in the later months, and includes titles like EVE Online, Microsoft Flight Simulator and Farming Simulator 22.

The reference cards for the Radeon RX 6750 XT and RX 6950 XT are available through AMD's own store starting today, though they're already out of stock. Despite the existing render, the lack of an RX 6650 XT listing on AMD's store may mean that there's no reference card available, so if you're looking to get one, it's up to manufacturers like ASUS, Sapphire and PowerColor.

As expected, the three cards also occupy three different price brackets, with the RX 6650 XT costing US$399, the RX 6750 XT costing US$549, and the RX 6950 XT costing US$1,099, putting it close to the US$1,199 official price of NVIDIA's RTX 3080 Ti. Given chip shortage and supply chain troubles, the question of whether they'll stay at those prices is another matter.

Join HWZ's Telegram channel here and catch all the latest tech news!
Our articles may contain affiliate links. If you buy through these links, we may earn a small commission.
Previous Story
Sony unveils the Xperia 1 IV and Xperia 10 IV phones, available from June
Next Story
Google teases a new Pixel tablet that will come in 2023