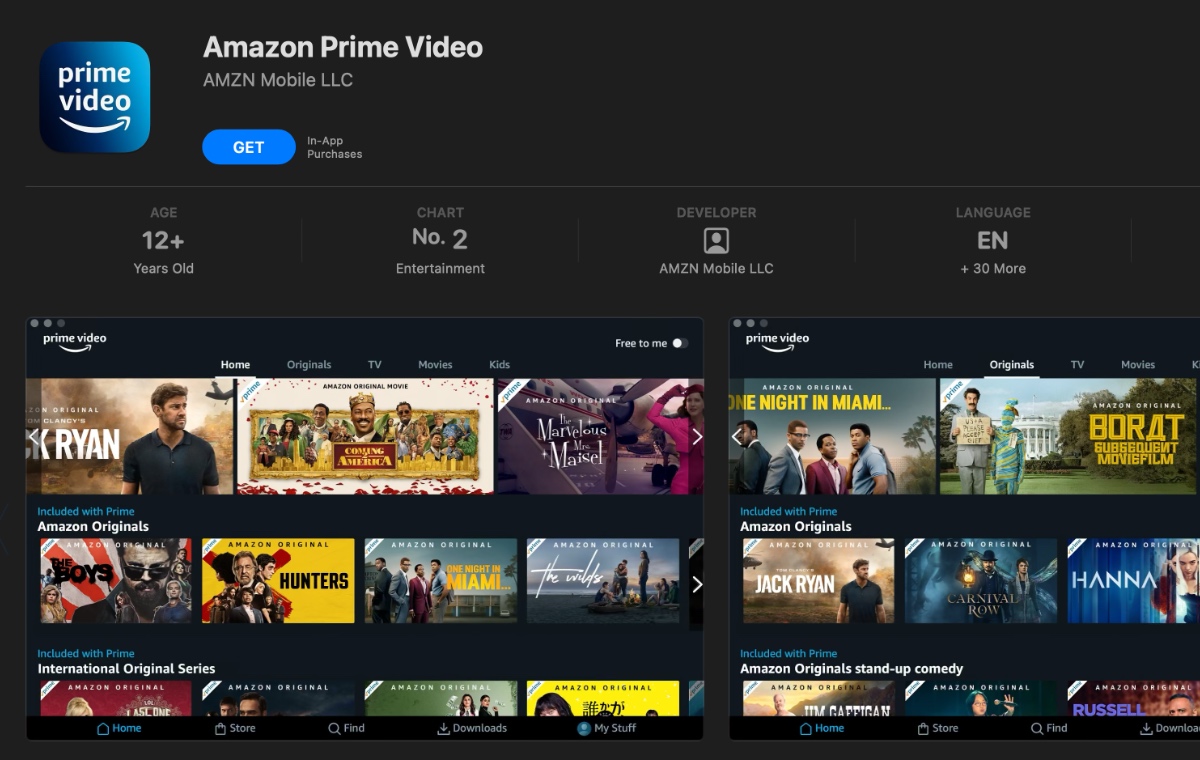 It has taken a while but Amazon has finally launched a native Amazon Prime Video app for Macs.

The app works mostly like its mobile counterpart. And crucially, it supports offline downloads.

Like most streaming services, users can choose their preferred video quality settings for regular streaming and downloads. Amazon estimates that at its best setting, an hour of streaming will set you back roughly 5.8GB. For downloads, that number goes down to 2.9GB for videos downloaded at their best quality.

The app also supports macOS features including AirPlay and picture-in-picture. There's also a continuity feature that lets users pick up where they left off regardless of the device they are using.

The Amazon Prime Video app is available for Macs running macOS Big Sur and newer and you can download it here.

Now Amazon has a native Mac app for its video streaming service, all eyes are on Disney and Netflix to see if and when they would do the same.

Join HWZ's Telegram channel here and catch all the latest tech news!
Our articles may contain affiliate links. If you buy through these links, we may earn a small commission.
Previous Story
Google Calendar in Gmail now lets you indicate if you’re attending meetings remotely or in-person
Next Story
Level up your game alongside Team Flash with the 3D2N Gamers Staycay at Orchard Hotel