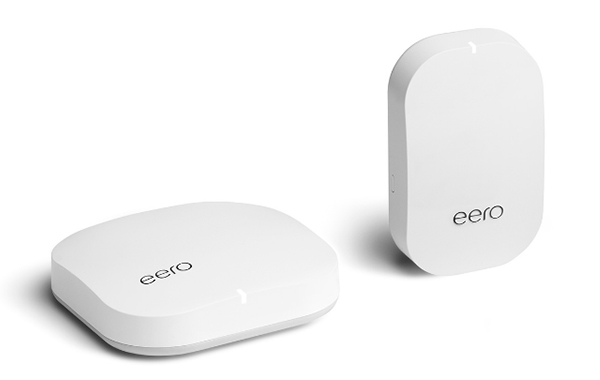 Amazon just held a big hardware event one of the new products announced was the new Eero router.

It's the first router from Eero since the company was acquired by Amazon earlier this year.

Like most new routers today, the new Eero has mesh networking capabilities. And since it's from Amazon, it also supports Alexa voice controls, so you can get it to pause Wi-Fi, create a guest network, or even cut connection to specific devices.

Amazon claims users can set it up in 10 minutes or less and than it will cover an area of about 1,500 square feet. That should be enough to cover most five-room apartments in Singapore — theoretically speaking, of course.

Not much was else was said about the router's technical specifications, except that it supports Wi-Fi 5 (802.11ac) and it's a dual-band unit with adaptive backhaul — standard stuff for most entry-level mesh networking systems.

It has two auto-sensing Gigabit Ethernet ports, which it can rely on for backhaul communication, and it also supports Bluetooth 5.0 connectivity for quick setups with mobile devices.

Join HWZ's Telegram channel here and catch all the latest tech news!
Our articles may contain affiliate links. If you buy through these links, we may earn a small commission.
Previous Story
Amazon's wireless Echo Buds have Bose noise reduction technology built in
Next Story
Samsung’s leadership role and far-reaching vision for 5G technology