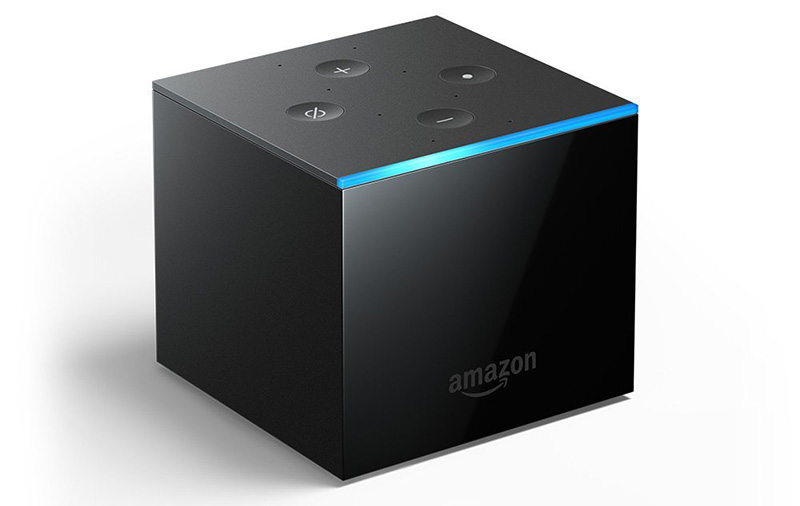 Amazon has just announced Fire TV Cube, the latest in the company’s line of streaming media players. Priced at US$120, it will become available on June 21 in the U.S. Prime members can preorder the device on June 7 and 8 (U.S. time) at a discounted price of US$90.

In broad strokes, the Fire TV Cube is a combination of Amazon’s Fire TV streamer and Echo speaker. Since it’s powered by Alexa, has far-field voice recognition, eight microphones (all upfront instead of around the device), built-in speakers, and uses beamforming technology like other Echos, you get the usual fare of hands-free voice control benefits, such as the ability to ask for the weather and news, command media playback, and control compatible smart home devices. Like the Google Assistant-powered JBL Link Bar, the Cube can function as a standalone speaker when the TV is off.

In addition to TVs, the Fire TV Cube is also able to control other A/V equipment such as sound bars, cable or satellite boxes, and receivers. This is possible because the Cube supports a variety of connectivity options, including Wi-Fi, HDMI-CEC, and infrared. That said, Amazon does warn that certain devices, like projectors, HDMI switches/hubs, and universal remotes (e.g., Logitech Harmony), are not compatible with the Cube. There are IR blasters on all four sides of the Cube to make it easy for devices’ IR receiver to receive the Cube’s IR signals; for devices hidden in a cabinet or out of sight, the Cube also packs a separate IR extender. There’s no LAN jack on the Cube, but you get an Ethernet adapter in the box.

In terms of entertainment support, the Cube plays nice with video services such as Netflix, Prime Video, Hulu, HBO, Showtime, NBC, and more. There’s no native YouTube app though, but you can get around that by going straight to the YouTube website using browsers such as Silk and Firefox. The Cube is capable of 4K UHD streaming too, and supports the HDR10 format. It also supports Dolby Atmos surround sound. However, it doesn't Dolby Vision playback. If you must have both Dolby Vision and Atmos, your best bet is a tvOS 12-running Apple TV 4K later this year. For music streaming, the Cube supports Prime Music, Spotify, and iHeartRadio.

According to Amazon, the Fire TV Cube doesn't support sleep timers at the moment, but this will be added later this year. Alexa Calling & Messaging, multi-room music, and Bluetooth connections to mobile phones are also not currently supported on Fire TV Cube.

Join HWZ's Telegram channel here and catch all the latest tech news!
Our articles may contain affiliate links. If you buy through these links, we may earn a small commission.
Previous Story
Some features of Samsung's upcoming smart speaker revealed
Next Story
BlackBerry Key2 is official; joins the dual-camera module party with new keyboard