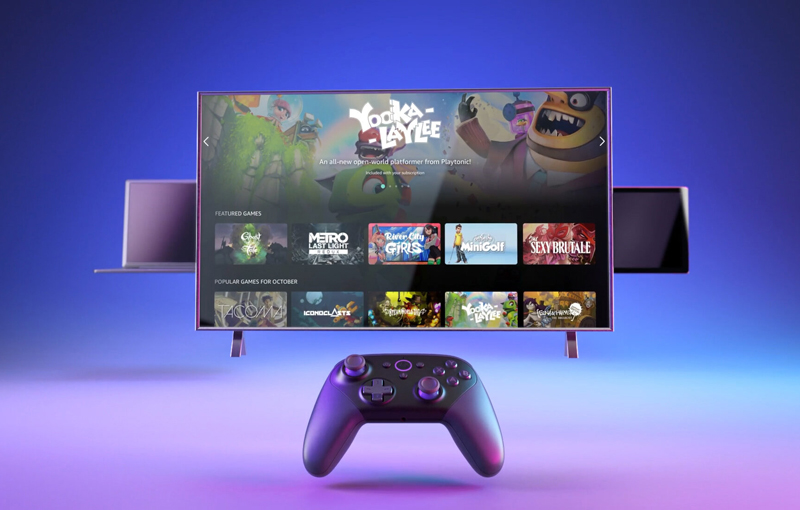 A new challenger has arrived.

U.S. customers can request an invitation to try out Luna in early access starting today, but Amazon has not announced dates for a global rollout of the service just yet. Amazon claims that Luna makes use of Amazon Web Services to let players stream games without having to deal with long download times. Just like Google Stadia, gamers can start playing on one screen and seamlessly switch to another with their progress maintained.

Luna works with 2.4GHz and 5GHz connections, but Amazon recommends a 10mbps connection at minimum to stream games. A 35mbps connection is required for 4K streaming, and you’ll want a data plan that lets you stream up to 10GB an hour of games in 1080p. Amazon notes that 4K streaming won’t be available for every game on the platform, but on select titles instead.

The all-new cloud gaming service from Amazon that makes it easy to play great games on devices you already own. Request an invite to early access: https://t.co/AjMs9eOaeK pic.twitter.com/1HsRUVNmvJ

So - how does it work? If you want to play games on Luna, you’ll have to subscribe to certain ‘game channels’. One of these is called Luna+, and gives you access to games like Resident Evil 7, Control, Panzer Dragoon, A Plague Tale: Innocence, The Surge 2, Yooka-Laylee and the Impossible Lair, Iconoclasts, Grid, Abzu and Brothers: A Tale of Two Sons. These are pretty solid picks to get you started, and Amazon confirms that more titles will be added over time.

Luna+ will cost you US$5.99 (around S$8) per month during the streaming service’s early access period. Subscribers will also get to play games on two devices at the same time, with 4K resolution at 60fps - again, ‘for select titles’. Luna+ is good enough to get you started, but Amazon plans to include more gaming channels as well. One of these will be the result of a partnership between Amazon and Ubisoft, featuring the publisher’s games. Subscribers will get, “access to their favorite Ubisoft titles in up to 4K resolution, mobile gameplay, and access to new titles when the channel launches like Assassins Creed Valhalla, Far Cry 6, and Immortals Fenyx Rising the same day they release.” Amazon calls the Ubisoft channel the first of multiple channels in development for Luna.

Luna will also connect to Twitch, another streaming service owned by Amazon. Luna owners will be able to jump into Twitch streams of the game they’re playing and likewise, will be able to jump into games from Twitch streams. You’ll be able to play games on Luna using keyboard and mouse, a Bluetooth game controller and Amazon’s new Luna controller. The Luna controller will cost US$49.99 (around S$68) and, “is Alexa-enabled and connects directly to the cloud to effortlessly control your game, featuring a multiple-antenna design that prioritizes un-interrupted wifi for lower latency gaming.”

According to Amazon, testing, “showed a reduction in roundtrip latency when playing Luna Controller with Cloud Direct vs. Luna Controller via Bluetooth, with reductions of between 17 to 30 milliseconds among PC, Fire TV, and Mac.” The Luna controller also connects directly to cloud servers, so players can switch between screens without having to re-configure or pair the controller again.

Amazon’s Luna is very, very similar to Google Stadia - with the addition of ‘game channels’ that customers can subscribe to. Hopefully, Luna fares better in the long run.

Join HWZ's Telegram channel here and catch all the latest tech news!
Our articles may contain affiliate links. If you buy through these links, we may earn a small commission.
Previous Story
The Amazon Echo family gets a redesign and new features
Next Story
Ring introduces an indoor flying drone for home security