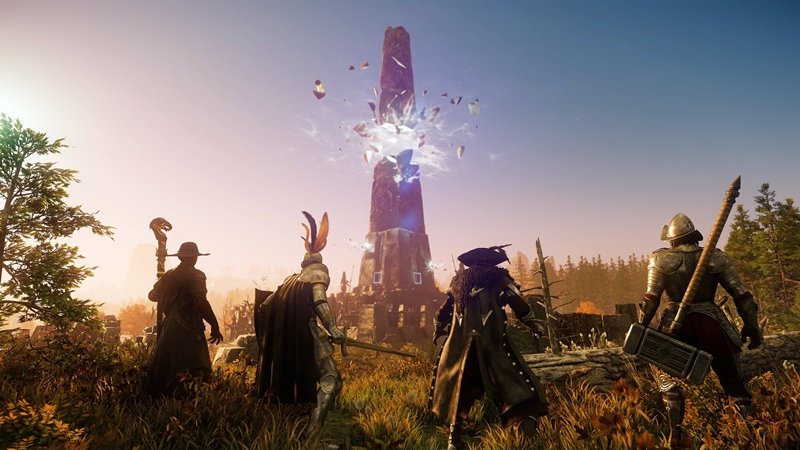 After developing (and subsequently canning) the metaphorical dumpster fire that was Crucible earlier this year, it would seem that Amazon Games has actually come up with something pretty decent on their second try. According to Steam's statistics, their open-world MMO New World has already surged past 900,000 concurrent players one week after launch, shattering its own Day 1 record of 700,000 players and even briefly dethroning Counter-Strike: Global Offensive.

That's a really far cry from the team's last attempt at gaming development, not to mention that only a handful of games have ever managed to top CS: GO's concurrent player count on the platform. For reference, Valve's wildly popular free-to-play tactical shooter regularly hits around 866,000 concurrent players, while New World peaked at 913,634 players as recorded on Steam Charts.

Of course, the next hurdle for the game's developers is to ensure that the player count continues to remain high. We've seen too many games that the community thought were good quickly fizzle out due to lackluster content, poor developer management, or both, among numerous other reasons. Fortunately, it would seem that New World has already dealt with some of its more pressing concerns, many of which arose as a result of its recent popularity.

Specifically, overcrowded servers were one of the most prominent issues players have faced in the past week, and the team has managed to solve that by doubling the number of servers and increasing the individual population cap for each of them. Accordingly, all that's left to see is if they can keep this tempo going while still rolling out creative and interesting content. Sure enough, it's not going to be easy, but on the bright side, it's already started off way stronger than Crucible did.

Join HWZ's Telegram channel here and catch all the latest tech news!
Our articles may contain affiliate links. If you buy through these links, we may earn a small commission.
Previous Story
The creator of Squid Game already has ideas for a second season
Next Story
Elden Ring producer Yasuhiro Kitao confirms that the game is nearing completion