Amazon just had a media event where it announced a bunch of new products. The standout, however, has got to be Astro.

Astro is a home robot. It works with Alexa and can be used to do a couple of things. But before we get into that, let's talk about its size and hardware features.

As you can see from the photos, it looks adorable. And I think that's mostly because Amazon gave it large eyes, which are shown on a 10-inch touchscreen display.

Astro is about 60cm tall and weighs about 9kg. The wheels are about 30cm in diameter and are said to be large enough to clear most door thresholds and carpets. Speed is around one metre per second and it can move 360 degrees, forward or back. To help it move around, it has an array of sensors. 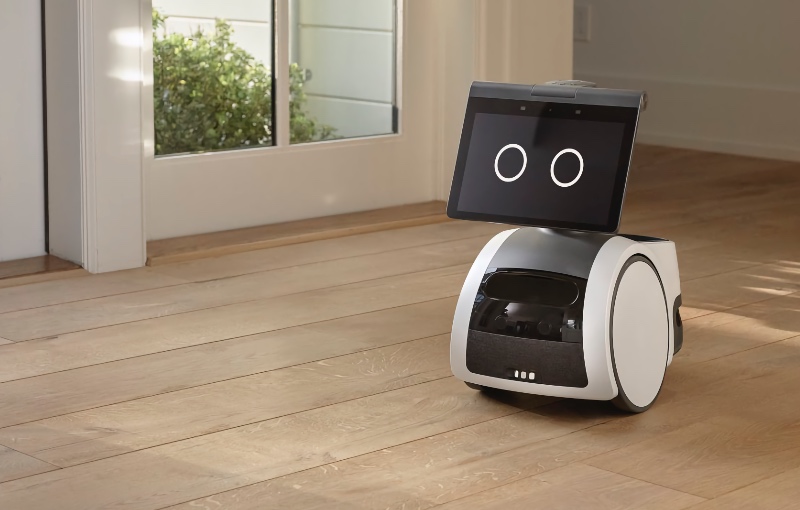 One of the things it can do is be used for video calls. It has a 5-megapixel video camera and it can automatically follow you and keep you in frame. Amazon says this feature can help elderly people keep in touch with their friends.

Using its various sensors, it can recognise faces and be used to deliver items around the house to specific people. Behind Astro is a compartment area that is said to be capable of carrying up to 2kg worth of cargo.

Amazon says Astro can also be used for surveillance and it can map out your home and be configured to patrol your home when you are not around.

It sounds nifty and cool. But as The Verge notes, there's a lot of things it can't do:

But as mentioned, it can’t go outside; it can’t go up or down stairs; it has no arms or appendages to open doors or cabinets; and it can’t help you move or get up if you’ve fallen down. Sure, it can deliver an ice cold beer to a specific person, but someone still has to get the beer out of the fridge and put it in the back of the Astro before telling it where to go. It can show you that the oven was left on, but it has no ability to press the buttons itself to turn it off.

But all of this is to be expected from a first-generation product especially one that is as complex and complicated as a home helper. For some people, the Astro will serve a purpose. For others, it's merely a fun little thing to have around (if you can afford it).

No word on local availability and pricing at this time.

Join HWZ's Telegram channel here and catch all the latest tech news!
Our articles may contain affiliate links. If you buy through these links, we may earn a small commission.
Previous Story
Amazon expands its Halo fitness lineup with a new tracker, workout programmes, and AI-based meal planning
Next Story
HBO reveals a first look at Joel and Ellie in its The Last of Us TV show