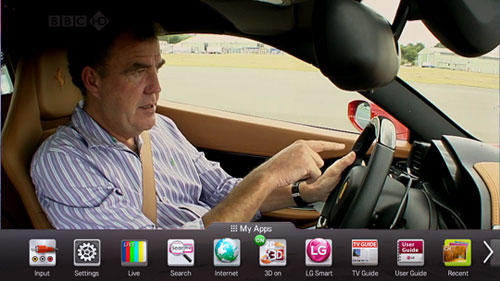 We have often wondered how many consumers actually purchase a Smart TV for its Internet-connectivity perks. Now we have some statistics to chew on, even though these numbers are only applicable to Britain. A recent survey conducted by market research firm, YouGov, revealed that only slightly more than half of the surveyed users know what a Smart TV is. That's 53 percent to be exact.  In other words, 47 percent have no clue what a Smart TV actually relates to. The precise demographics for the survey weren't revealed in HDTVtest's news report, but allegedly only a third of Smart TV owners bought the televisions for connectivity purposes, while 25 percent never made use of their Smart TVs to access the net.

Interestingly, 50 percent of the respondents cited the most compelling reason for them to purchase a Smart TV was simply to get a new television. This, in effect, runs against the grain on the importance of inter-connected televisions as drummed up by TV makers worldwide. Other highlights of the survey are listed as follows: 96 percent of the respondents named picture quality as the most important aspect for Smart TVs, 93 percent preferred the screen size, while 89 percent fancied the TV's sound quality to be the most important attribute. As for mindshare aspects, 62 percent would opt for a Samsung model, 48 percent for a Sony display, 40 percent for Panasonic, with 26 percent waiting in the wings for the upcoming Apple TV.

More importantly, one of the main concerns raised by YouGov's survey is that TV manufacturers are not combining their Smart TVs technologies seamlessly enough to deliver an engaging user experience. Ignorance and confusion may set in among consumers and potential buyers if the benefits of Smart TV offerings are not effectively marketed. On that note, maybe Sony was truly on to something when they decided to focus on picture quality instead of Smart TV frills.