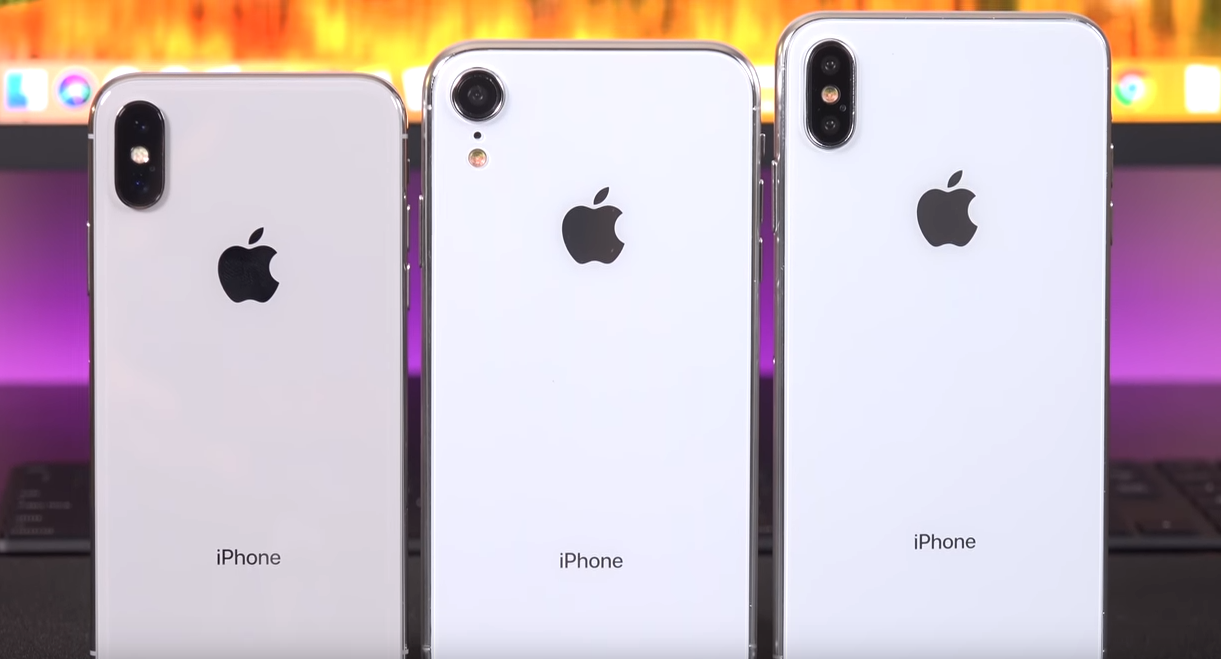 YouTube tech reviewer Michael Kukielka aka DetroitBORG has managed to get his hands on dummy units of all three 2018 iPhones, courtesy of noted tipster Sonny Dickson, and has posted a detailed hands-on video showing us our best look yet at Apple's 2018 lineup.

As expected, all three phones feature notched displays and bezel-less panels, similar to last year's iPhone X. They all also lack fingerprint scanners, and instead will be equipped with a TrueDepth Camera and Face ID.

The video clearly shows the size difference between the new iPhone X, with its 5.8-inch OLED panel, and the new iPhone X Plus, with its massive 6.5-inch OLED panel. One thing worth noting is how the notch is the same size on both the X and the X Plus, which results in more display space on either side of the notch to display information (such as battery percentage) on the X Plus.

The close-ups also show the clear design differences between the X iPhones and what we believe will be called the iPhone 9. The iPhone 9 will have a smaller 6.1-inch LCD display, and will have bigger side and bottom bezels than the X iPhones.

On the back, the 9 has a single-lens camera, and the SIM tray is also noticeably lower than expected on the right side of the phone. This might have something to do with the rumor that the iPhone 9 will feature dual-SIM support, which would be a first for the iPhone.

Previous Story
Google investigating severe performance issues with some Pixel 2 XL units; replacements may be necessary
Next Story
Singapore will be the first in the world to get ASUS' new RT-AX88U 802.11ax router
Loading...
Featured Highlights