All the new things about Oppo’s ColorOS 12 for Android

All the new things about Oppo’s ColorOS 12 for Android 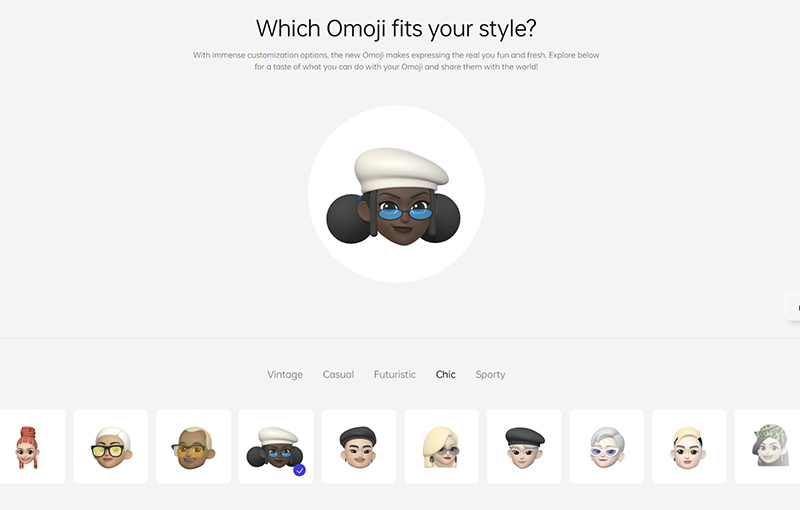 The vaunted ColorOS 12 interface by Oppo is finally here, and we’ve had a chance to understand and see why Oppo was so excited about its reskin for Android 12 phones. Here, we look at its major changes and highlights that make ColorOS 12 better or different than before. 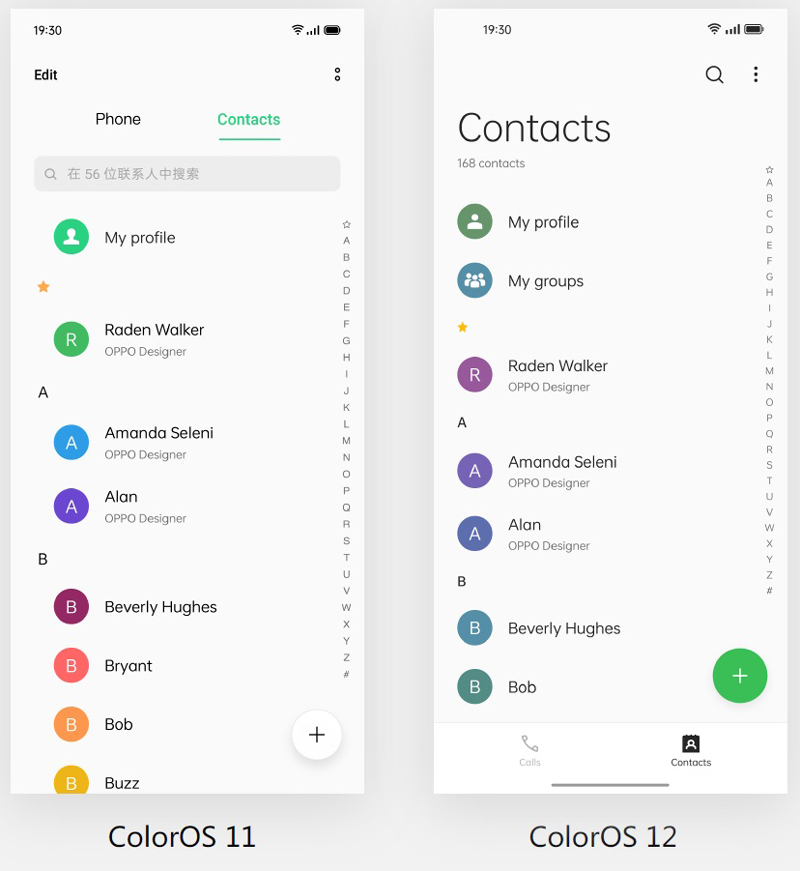 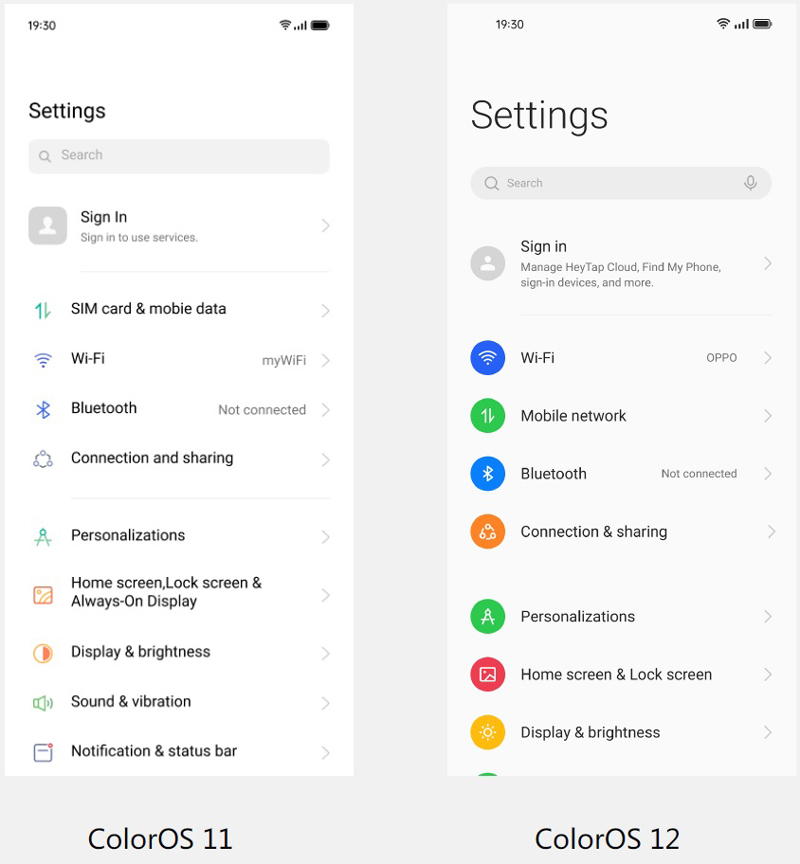 Wallpaper-based themes for the phone 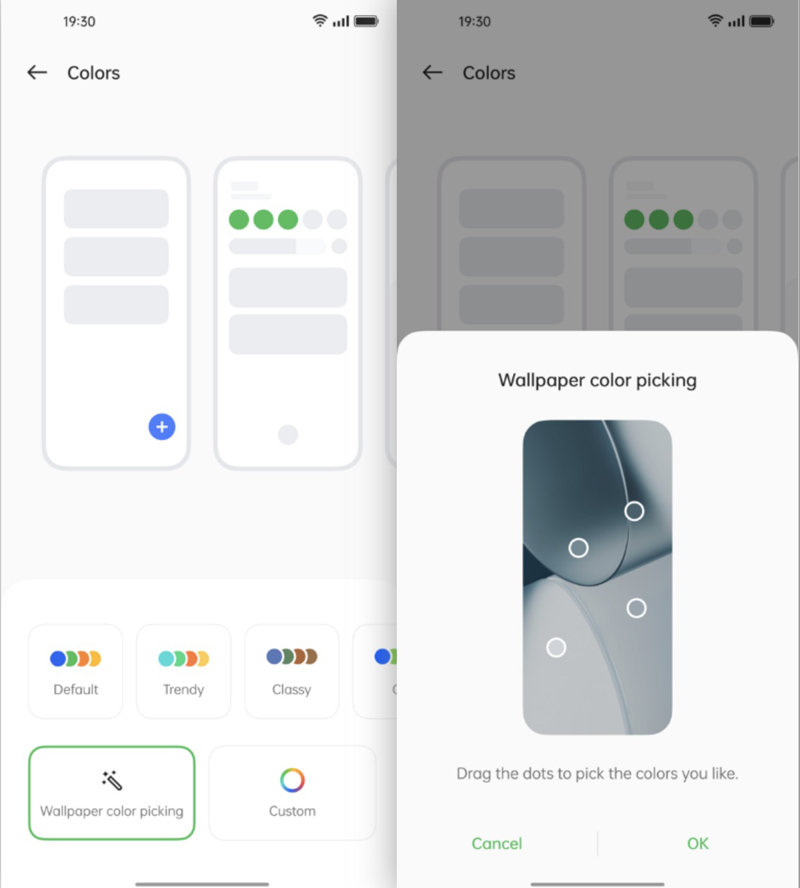 Much like how Android 12’s Material You works, Oppo’s ColorOS 12 also offers wallpaper-based themes. By simply changing the wallpaper, the system auto-detects the colours in use and creates a phone theme that matches. Users can also employ a colour picker to fine-tune the theme further.

Virtual Resistance is a screen-rolling feature that determines scrolling speed based on your swipe speed. Virtual Inertia adds lifelike inertia to moved windows and apps. Finally, Virtual Spring offers a visual cue to inputs that don’t have outcomes, so the user knows that the input was received to no result (e.g. trying to hit backspace on an already empty text box).

Conserving your phone’s battery is hardly a new feature, but the ways to get there can always be simpler, more intuitive, and sensible. Oppo’s new Visualised Battery Dashboard for ColorOS 12 makes it clearer and easier for users to visualise their power usage.

In addition to a dashboard, Oppo now offers one-tap power-saving tools, too. The power-saving function tells you exactly which background activities are running, and lets you disable them in a single tap. Other power-hungry parameters (like high refresh rates, 5G usage, high brightness, high-performance mode, and more) are also reflected and controllable in the Save Power menu under Settings.

Finally, the phone throws up notifications to alert the user when it’s experiencing extended power-draining activities. 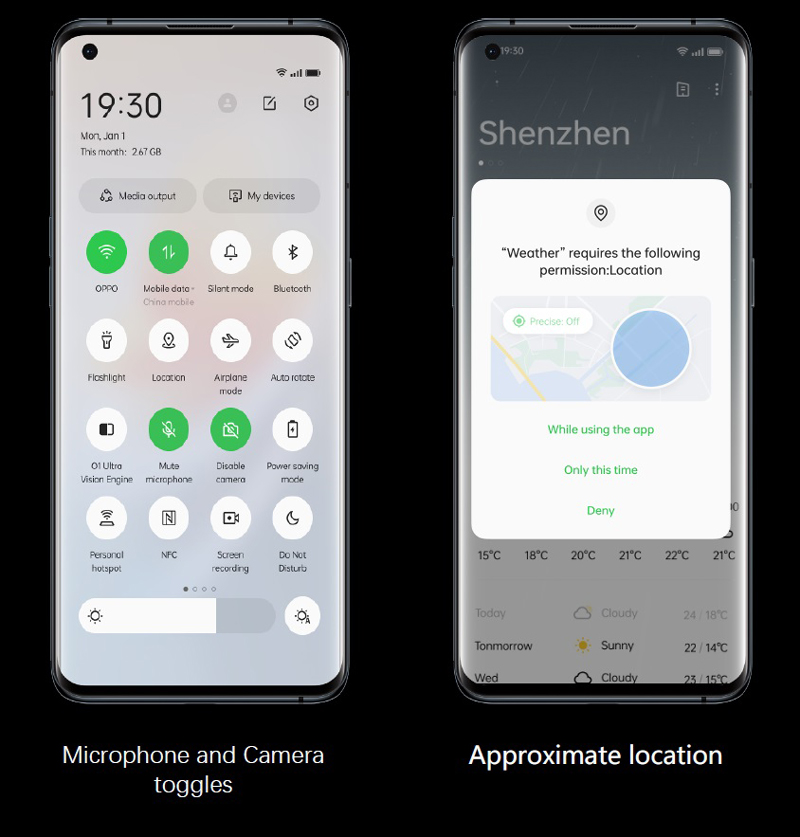 Instead of running off to create their suite of protections, ColorOS 12 taps on built-in Android 12 privacy features to safeguard your phone’s data. The only tweaks made were to aesthetically align its privacy suite with the rest of the UI.

ColorOS 12 users get a Privacy Dashboard that summarises all data and feature permissions of apps, on top of Android 12’s microphone and camera indicators when these two functions are active.

Apps are also given only approximate location (when asked). Separately, Quick Settings (pulldown menu, pictured above) get toggles for microphone and camera for all apps, much like how we toggle Airplane Mode. 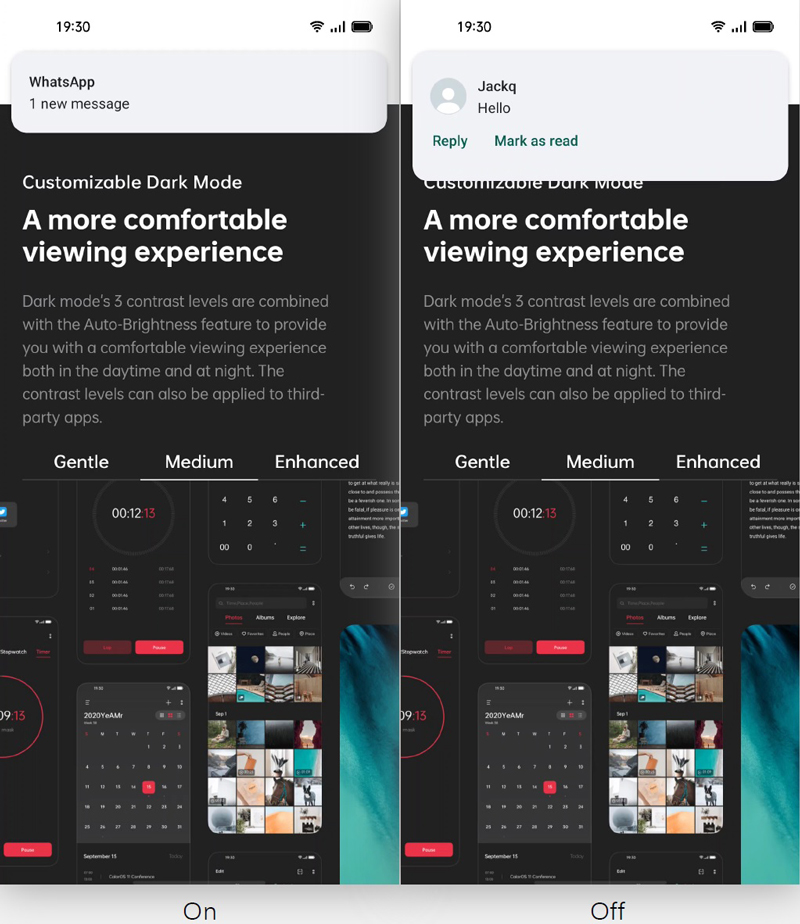 Finally, ColorOS 12 gets Anti-Peeping Notification, where detailed notification content is hidden when the phone’s AI detects someone else looking at your phone. However, Oppo cautioned that this feature is only available on certain Oppo phones, and did not specify the exact models. 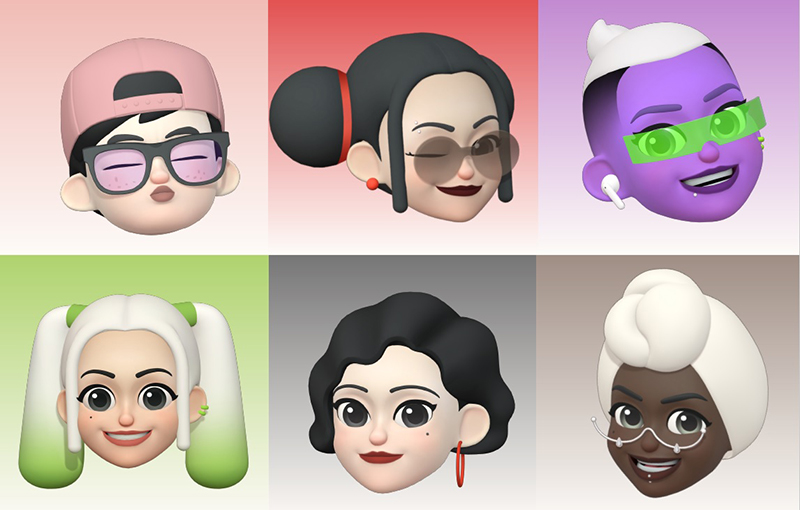 By now, most phone enthusiasts would know of Apple’s Memojis. These are animated emojis derived from face capturing features and tools on phones, allowing users to create highly personalised emojis for use.

Oppo replicated these personalised emojis for ColorOS 12. Called Omojis, the avatars are based on Opp’s built-in Face Capture algorithms to create your likeness in emoji form. In addition, Emojis can be further customised via over 200 accessories.

The feature only comes onboard ColorOS 12 from December 2021 onwards. 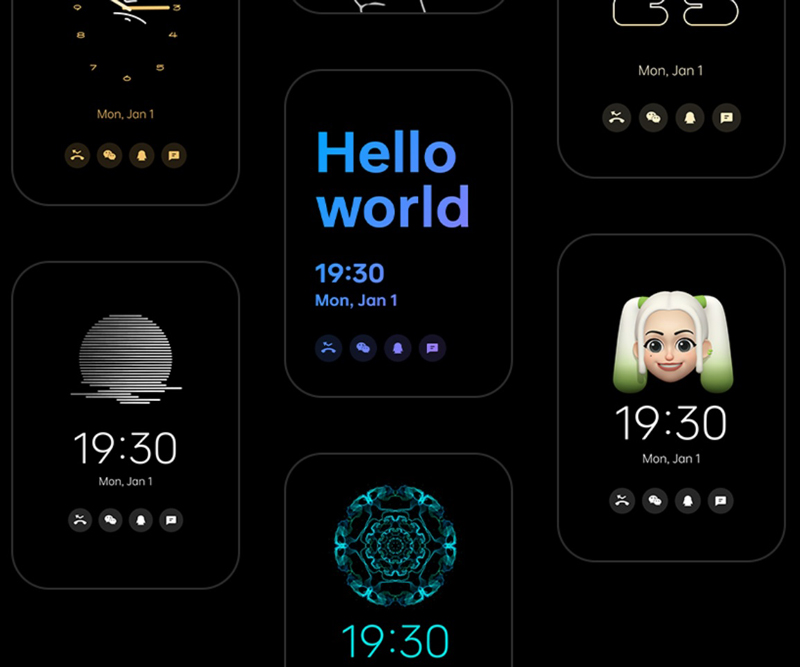 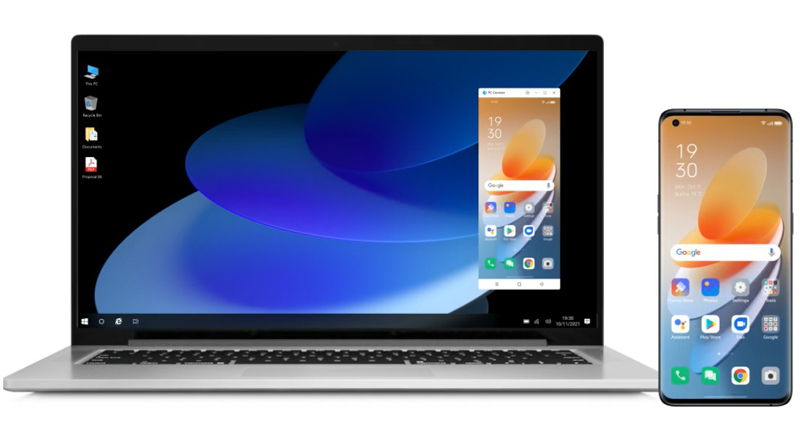 ColorOS 12 comes with cross-platform compatibility. Well, it’s really just one platform - a Windows 10 or later PC. Come February 2022, Oppo will release the PC Connect app for phone-to-PC use. Features include:

Besides having ColorOS 12, the minimum requirements for PC Connect are Windows 10 (18362) or later, Intel i3 2.4G-and-above processor, Wi-Fi Direct support, a network card driver that’s October 2018 or later, and access to at least Bluetooth 4.1.

Lots of older Oppo features are getting mild improvements too. There’s a revamped Phone Manager control panel, reintroduction of FlexDrop multi-tasking, and Google-powered 3-Finger Translate, which first debuted on ColorOS 11.

Oppo will first roll out ColorOS 12's public beta today in Indonesia, Thailand and Malaysia on the Find X3 Pro 5G. Rollouts will then continue step-by-step in other countries and on additional devices through the rest of 2021 and 2022, with the aim to bring ColorOS 12 to over 110 models for 150 million users.

Join HWZ's Telegram channel here and catch all the latest tech news!
Our articles may contain affiliate links. If you buy through these links, we may earn a small commission.
Previous Story
Far Cry 6 is receiving complaints from PETA over its cock-fighting mini-game
Next Story
Rockstar announces a Grand Theft Auto remastered trilogy with new upgrades