On Gigabyte's end, the company has prepared no fewer than 11 motherboards: 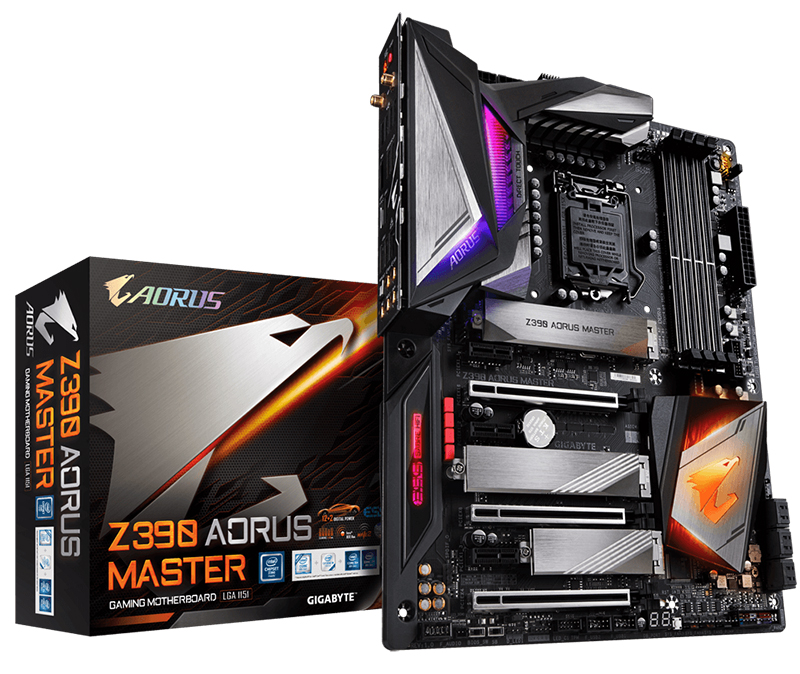 The Z390 Aorus Xtreme was announced separately, and you can read more about it in a separate article here.

Gigabyte has also changed the way it brands its motherboards, moving away from a numbered naming scheme – such as with the former Gaming 9 and Gaming 7 boards – in favor of descriptors like Master, Ultra and Elite.

The Aorus Master comes with a bevy of high-end features, including a backplate, triple M.2 sockets, and a 12+2-phase power design. It even has an 8+8-pin CPU power connector to supply additional power to your CPU. Furthermore, the finned VRM heatsink provides more surface area for heat dissipation to keep the vital components running cool.

It also has three full-length PCIe slots, all of which are reinforced by metal. They run in x16, x8, and x4 modes, and the board will support up to 3-way CrossFire or 2-way SLI.

In addition, there is a debug LED and dual BIOS switch at the bottom of the board, which should come in handy during troubleshooting. Another nice touch is the pre-installed rear I/O shield, so installation should be a tad easier.