All the custom AMD Radeon RX 460 cards announced so far! 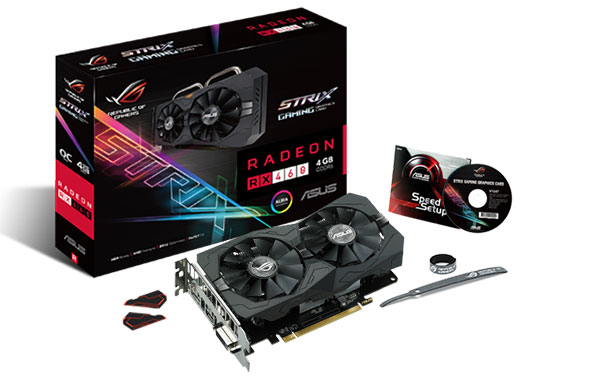 By now, everyone knows that AMD is going after mainstream consumers in 2016. The Radeon RX 480 handled 1440p gaming quite capably, while the Radeon RX 470 was more at home at lower 1080p resolutions. Then there’s the Radeon RX 460, which is targeted at more price conscious gamers who play less demanding e-sports titles like Counter-Strike: Global Offensive, Overwatch, and Dota 2.

If you need high, fluid frame rates in these games and nothing more, AMD hopes you’ll consider the RX 460. Of course, manufacturers are piling on with value-added features like custom coolers and factory overclocks, so we’ve once again rounded up all the major contenders to help you make your decision. 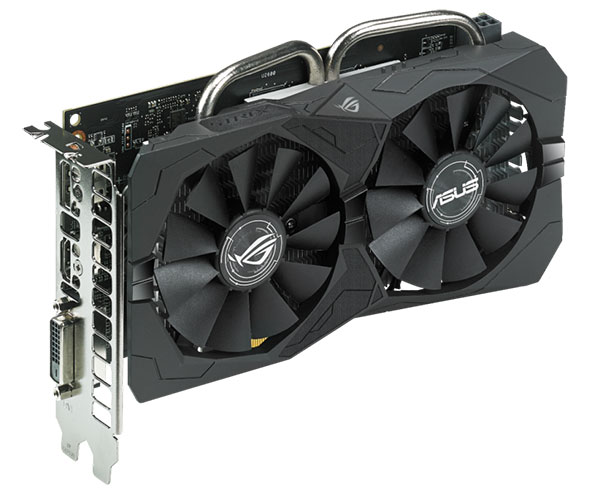 The ASUS ROG Strix RX 460 shares a lot in common with its RX 470 counterpart. Instead of the triple-fan DirectCU II thermal solution, the Radeon RX 460 features a more compact dual-fan DirectCU II cooler. It measures just 194mm at its longest, which makes it quite literally a good fit for small, affordable systems.

The card comes with what is pretty much the standard feature set for ASUS cards now, including customizable Aura RGB lighting and FanConnect technology. The latter feature gives you an extra 4-pin fan header to connect a case fan to. The fan speed will then be tied to the GPU temperature instead of the CPU’s, so you can provide more targeted cooling to the card.

The card is actually available in two variants, one of which is clocked higher than the other. The OC version has a 1,256MHz boost clock in OC mode, while the regular model has a 1,220MHz boost clock. To that end, ASUS has included an extra 6-pin PCIe power connector to supplement the higher clock speeds. 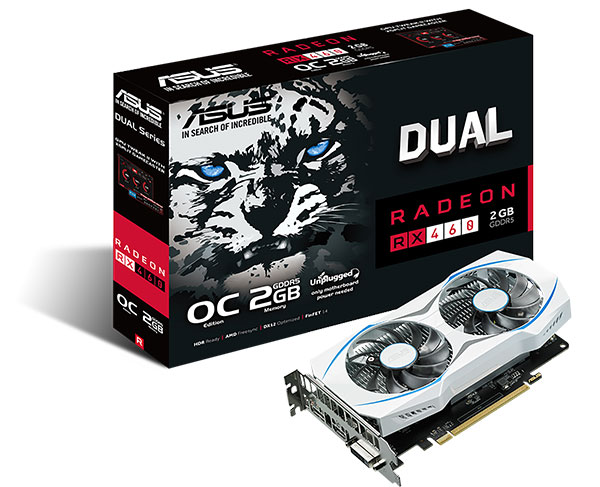 In addition, ASUS is introducing Dual series models for the Radeon RX 460 as an even more affordable option. The Dual RX 460 comes in OC and non-OC versions as well, with a boost clock of 1,244MHz and 1,220MHz in OC mode respectively. The main difference from the ROG Strix models is the amount of video memory, and the Dual series cards come with 2GB of GDDR5 memory as opposed to the former cards’ 4GB.

Join HWZ's Telegram channel here and catch all the latest tech news!
Our articles may contain affiliate links. If you buy through these links, we may earn a small commission.
Previous Story
Intel and ARM teaming up to produce 10nm ARM SoCs
Next Story
Ford plans to have a fleet of self-driving cars by 2021