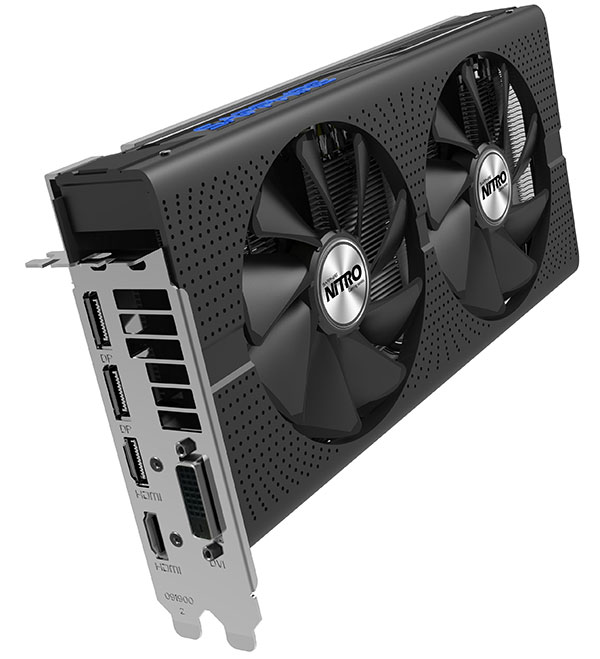 Sapphire has stopped short of making an official announcement, but it has teased pictures of its upcoming Radeon RX 480 Nitro+. This will be the company’s top RX 480 card, featuring a custom PCB and a more powerful thermal solution.

In the images released by Sapphire, the cooler boasts a gunmetal finish and two 100mm fans that can power down when the card is idle. A dense aluminum fin-stack heatsink also helps to draw heat away from the GPU via copper heatpipes. As it turns out, the fans are easily detachable as well, which is a nice touch that will allow you to clean out the heatsink.

The 6-pin power connector has been replaced with an 8-pin one, which has been relocated onto the side of the card that’s facing the front panel of your case. This should make cable routing slightly easier as you don’t have to pull the cables round to the card’s longer side.

There’s an illuminated Sapphire logo on the card’s side, and there’s even a red button on the PCB, nestled at the edge of the metal backplate, that will let you change the lighting effects. The card comes with dual BIOS as well, to help you recover from failed GPU overclocks.

It features a 1,342MHz boost clock and is slated to be available from global retailers starting this month. 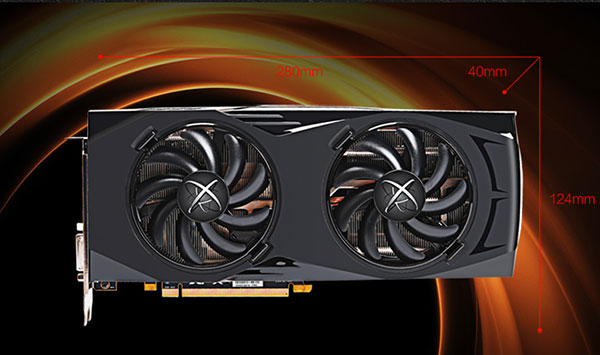 There’s little in the way of confirmed details from XFX as well, but the company has teased slides of its incoming Radeon RX 480 Black Edition card. The card reportedly has a boost clock of 1,338MHz, and will feature an upgraded 6+2 phase power design, an 8-pin power connector, and a metal backplate.

We’ll update when we have more details.