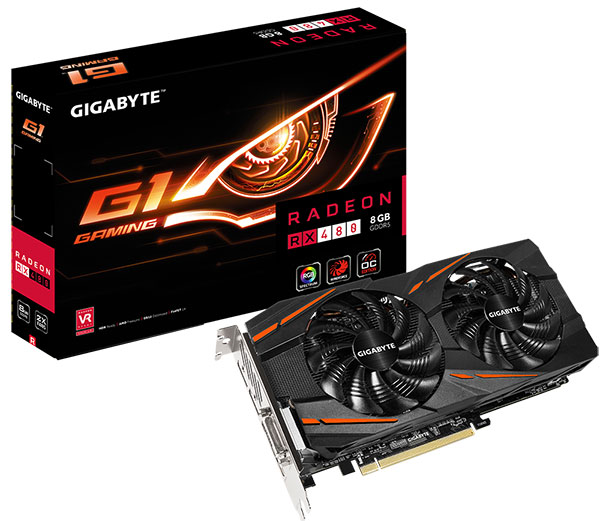 The Gigabyte Radeon RX 480 G1 Gaming comes in two variants, and both 4GB and 8GB versions will be available. Both cards feature two factory overclocked profiles in the form of a Gaming mode and OC mode, but Gigabyte has not yet announced details on the speeds at this point in time.

That aside, Gigabyte revealed that the cards will utilize a 6+2 power phase design to help regulate voltage for better stability. There’s also a smart power indicator, which will alert users to any power abnormalities. Gigabyte has replaced the 6-pin power connector on the reference card with an 8-pin one as well, the better to supply more power to the card and maximize the overclocking headroom available.

The G1 Gaming cards are cooled by a dual 90mm fan WindForce 2X cooler, which is actually similar to the one used on the GeForce GTX 1060 G1 Gaming. In addition, the cooling shroud features Gigabyte’s RGB Spectrum lighting and a Fan Stop indicator that lights up when the fans power down under low loads.

Finally, the card is equipped with a metal backplate that protects the PCB, another step up from the reference card which came with an exposed PCB. 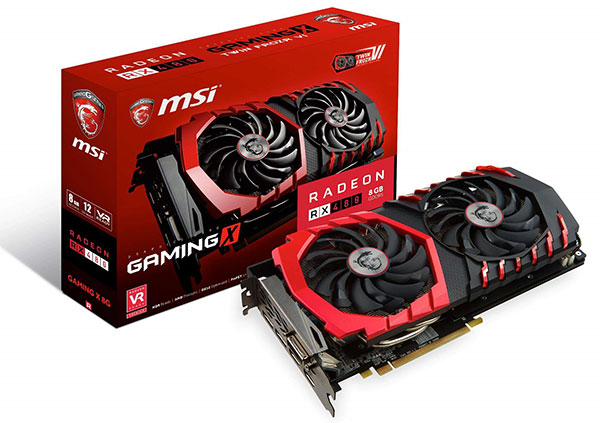 MSI has announced a total of four different variants of the Radeon RX 480, as listed below:

All of them utilize MSI's excellent Twin Frozr VI cooler (complete with a matte black metal backplate), which includes features like double ball bearing fans, three thick 8mm heatpipes, and a nickel-plated copper baseplate. The 6-pin connector has also been replaced with an 8-pin one for greater overclocking headroom. Finally, there's the custom 8-phase PCB design that should deliver smoother and more stable voltage to the GPU.

To cap things off, MSI has tweaked the selection of display connectors over the reference design. Instead of just three DisplayPort connectors and one HDMI port, you get two DisplayPort, two HDMI, and one DVI output. Dual HDMI ports are becoming more common these days, and they're done mainly so users can connect an HDMI display and VR headset to the card at the same time.

The cards are expected to go on sale worldwide in the middle of August.