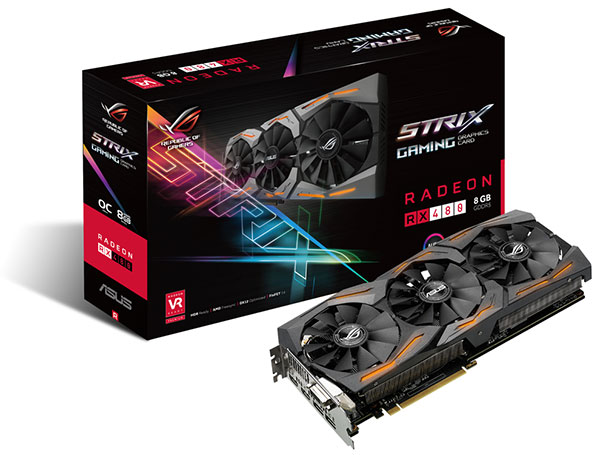 If you’re looking to upgrade on a budget, you’ve probably got your eye on either the NVIDIA GeForce GTX 1060, or the AMD Radeon RX 480.

We’ve already rounded up the custom GeForce GTX 1060 cards here, but while AMD officially launched its top Polaris card just under a month ago, custom cards are only now beginning to trickle out (reference versions of the card are already out).

Whether you’re for the red or green camp, more choice is always a good thing for the consumer. Here’s a look at the selection that’s been announced (or teased) so far, although it should be noted that we’re still missing details like pricing information. And since some of these have yet to be officially announced, you should also take them with a pinch of salt. 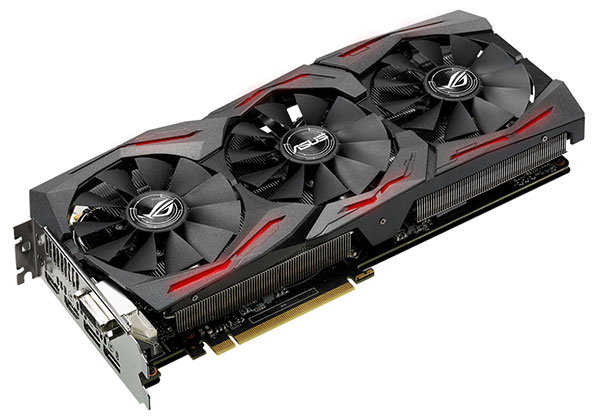 As expected, ASUS has prepared an ROG Strix model of the Radeon RX 480. The ROG Strix RX 480 looks much like ASUS’ other Strix cards, with the same DirectCU III cooler and triple-fan configuration.

Like the NVIDIA cards, it also features ASUS’ FanConnect technology, so you can connect your case fans directly to 4-pin headers on the GPU and have them ramp up when the card is under load.

In addition, the card is looking to capitalize on AMD’s promises of providing an affordable VR experience as well. It comes with two HDMI ports on the rear, so you can connect both an HDMI display and VR headset at the same time.

Finally, there’s the usual support for all manner of fancy lighting effects in the form of ASUS’ Aura RGB lighting. You can choose from a variety of effects or even set the lights to pulse in time to your music.