All the AMD AM4 motherboards you can buy here 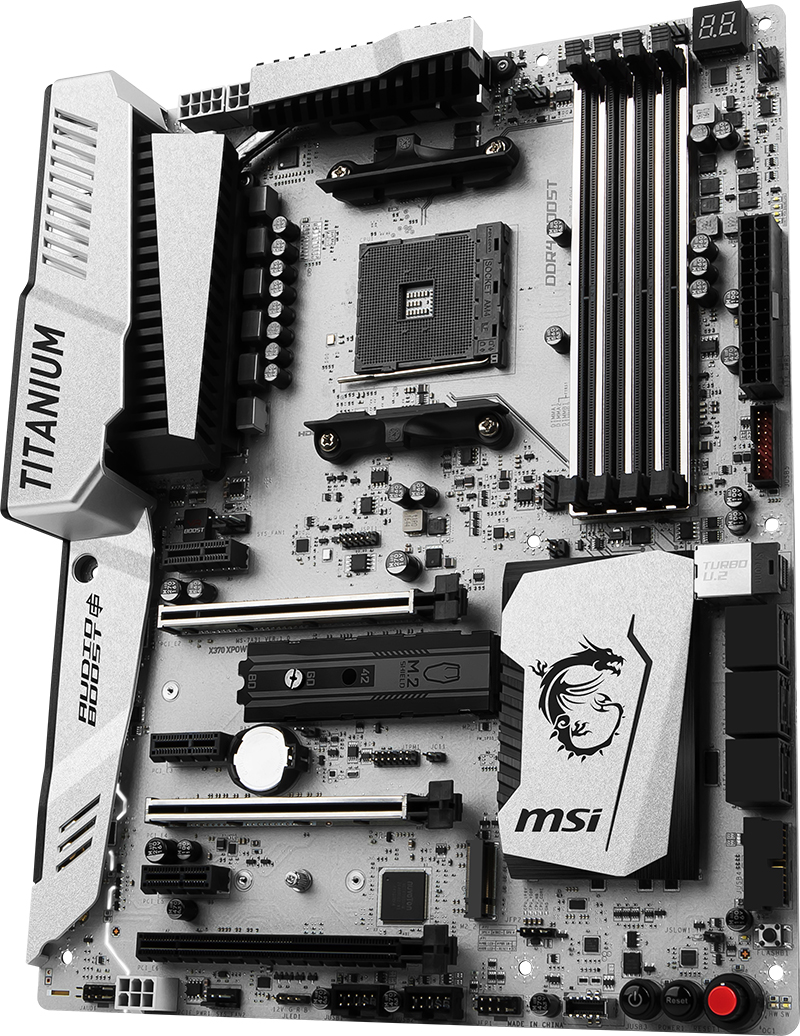 For Ryzen, MSI trotted out a couple of X370 boards in two of its signature designs, namely, one titanium and one carbon fiber-style board. The company also announced a more affordable B350-based Tomahawk board for those on a tighter budget, although those gunning for a Ryzen 7 chip are more likely to pair it with one of the higher-end boards.

That said, here’s a list of the boards MSI has released and their prices:

The B350 Tomahawk is the only board available to buy now, but we’ve been told that the X370 Gaming Pro Carbon will be arriving next week, while the X370 XPower Gaming Titanium is available for pre-order.

The flagship X370 XPower Gaming Titanium looks much like the other boards we’ve seen in this series. Its unique titanium coloring helps it stand out from a sea of black and red boards, and it is equipped with a 6+4-phase power design, steel-reinforced PCIe and U.2 ports, and Nahimic 2 audio technology.

MSI’s Titanium series boards have always been designed with overclocking in mind, and this X370 board is no different. Beefy heatsinks sit over the VRMs to keep things cool, and you’ll find a convenient OC Genie knob at the bottom right.

In addition, it has six SATA 6Gbps ports, two M.2 sockets, and single U.2 port for use with the latest storage devices. And as on MSI’s new Intel Z270 boards, the topmost M.2 socket comes with a built-in M.2 shield to protect the drive against heat from the GPU.

There’s of course the requisite RGB lighting, and the motherboard comes with an RGB header that you can hook up a third-party lighting strip to and control using the Mystic Light mobile app.

The X370 Gaming Pro Carbon is a far more affordable option. The heatsinks have all been clad in MSI’s distinctive carbon fiber, and you’ll find RGB LEDs built into the I/O cover, PCH heatsink, audio circuitry, and even around the board’s edges. This is a less overclocking-oriented board, and it’s clear that MSI has focused on getting the aesthetics right here. 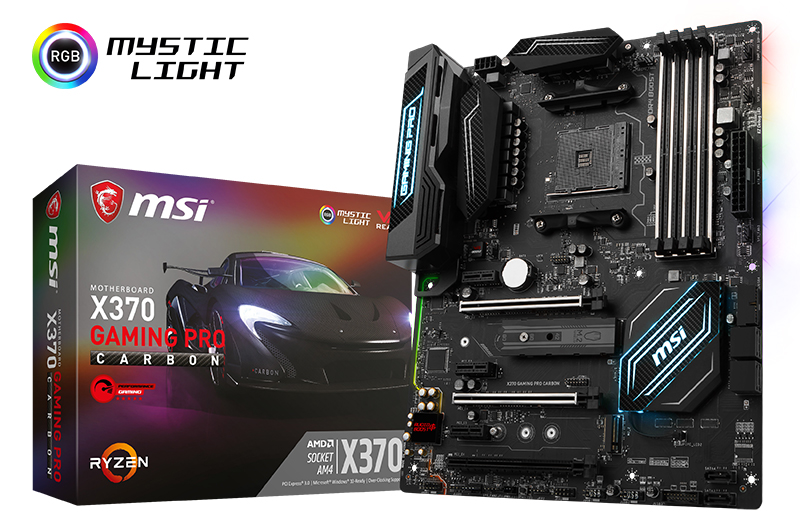 That said, its feature set is still quite respectable, with steel-reinforced PCIe and RAM slots, six SATA 6Gbps ports, and two M.2 sockets. There’s a USB 3.1 Type-C port on the rear I/O as well, for use with the latest mobile devices.

Other extras include dedicated RGB and water pump headers and Nahimic 2 audio technology.

One interesting feature that is present on both the Titanium and Gaming Pro Carbon boards is something MSI calls VR Boost. This is a dedicated chip that MSI claims delivers cleaner and stronger signals to a VR-optimized USB port on the rear, thus minimizing performance drops from poor signal. This does sound a little gimmicky, but it’s still nice to see nonetheless.