All about SanDisk's microSD cards with the new A1 speed class

All about SanDisk's microSD cards with the new A1 speed class 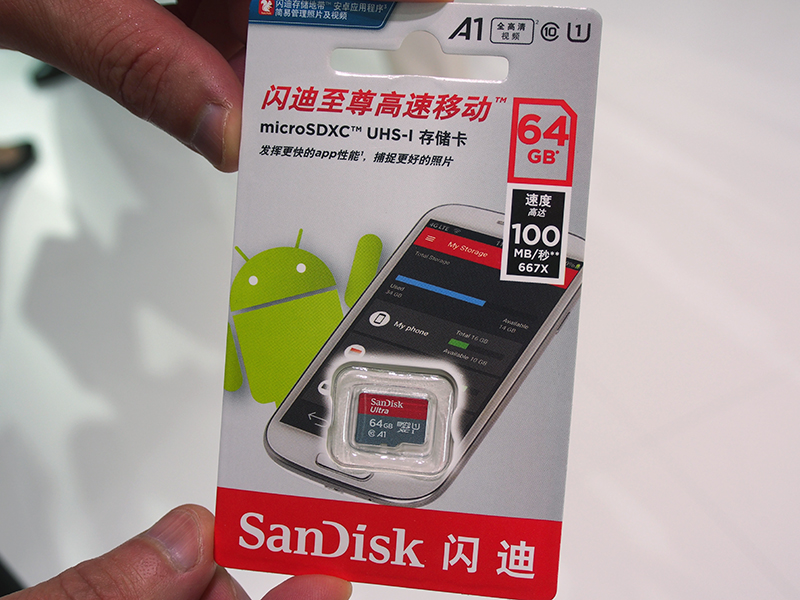 At MWC Shanghai 2017, we chanced upon the new batch of SanDisk microSD cards with the smartphone-friendly A1 standard. Over at their booth, SanDisk demonstrated how the memory cards allow faster loading times on smartphones when running part of the app from the card's memory itself.

What is the A1 speed class standard? 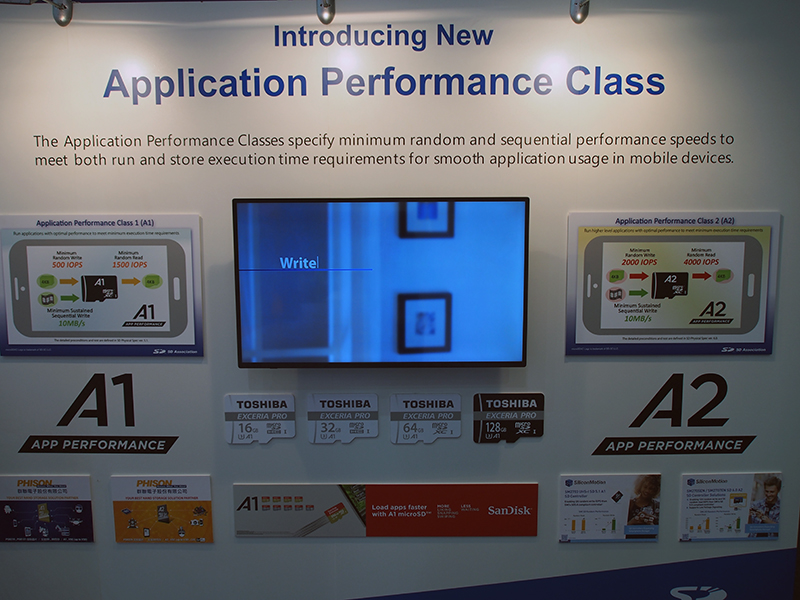 A1 is a speed category that falls under SD Association's new Application Performance Class standards. Currently, there are two known Application Performance Class standards outlined by the SD Association: A1 and A2. The memory card needs to meet the minimum speed specifications to qualify for an A1 or A2 pictograph on its packaging. 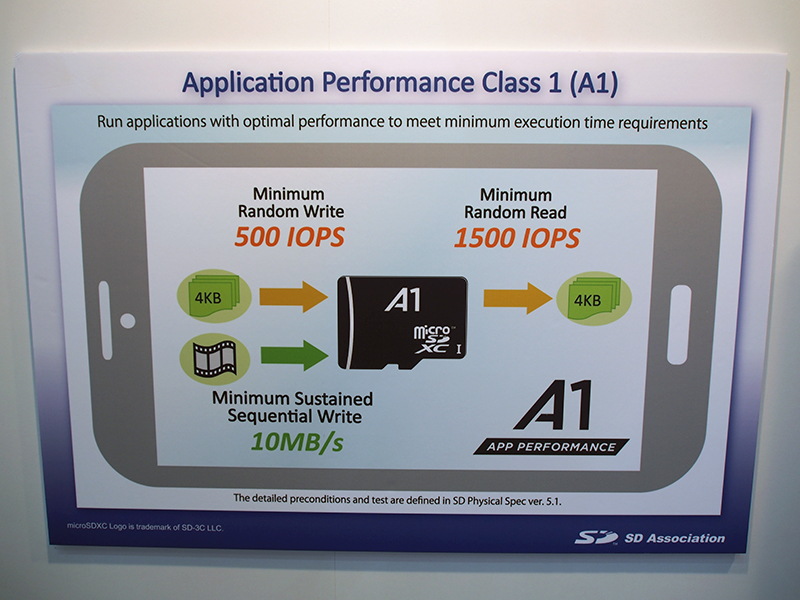 To qualify for the A1 application performance class standard (also known as Class 1), SD Association requires the memory card to have a Minimum Random Read of 1,500 IOPS (input/output operations per second), and a Minimum Random Write of 500 IOPS, along with a Minimum Sustained Sequential Write speed of 10MB/s (10-megabytes per second). 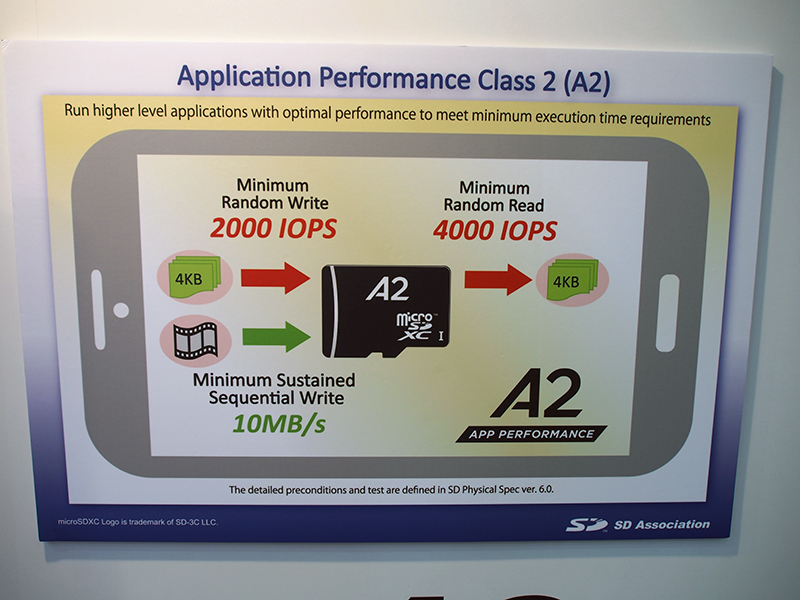 The spec requirements for the A2 standard are higher - Minimum Random Read of 4,000 IOPS, Minimum Random Write of 2,000 IOPS, and Minimum Sustained Sequential Write of 10MB/s. While it serves the same purpose, memory cards with the A2 logo (also known as Class 2) offer IOPS speeds faster than A1's - if they meet the standard's demands.

If you've ever tried to format an older microSD card as internal storage on your compatible Android phone, you might have encountered a pop-up message saying that your regular microSD card is too slow, and its performance would suffer. That's a huge inconvenience when your smartphone doesn't have sufficient storage space for huge game apps.

Who would benefit most from microSD cards with A1 speed class? 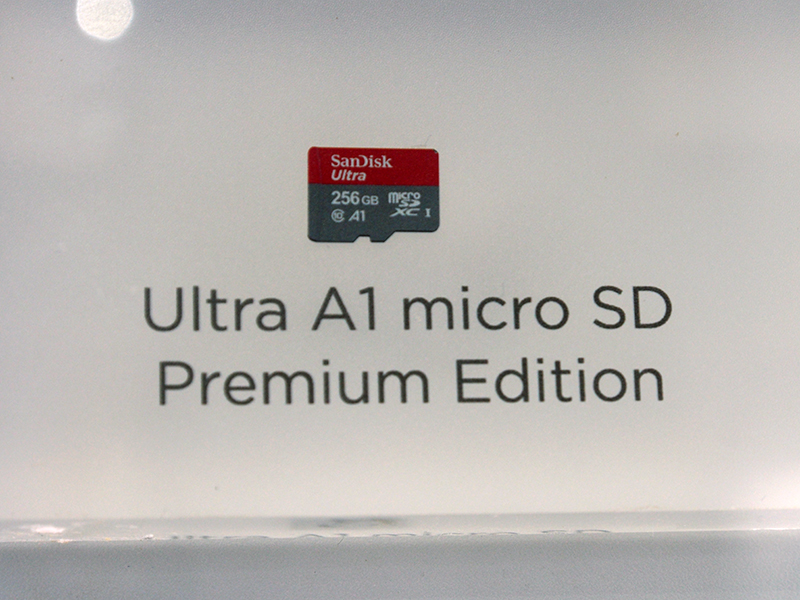 The new speed categories take advantage of Android's Adoptable Storage Device support, so your smartphones running Android 6.0 OS (Marshmallow) and Android 7.0 OS (Nougat) are compatible with such microSD cards. Broadly speaking, users who have the habit of installing game apps onto the memory card will see reduced loading times, especially at the app's startup.

To the average phone user in Singapore, getting a microSD card with the A1 standard for their Android smartphone is ideal, since the card is specially designed to load certain smartphone apps. According to Hon Wai Cheah, Director of Product Marketing Management, APAC at SanDisk, the effects are more pronounced on mid-range and entry-level smartphones, since their internal storage format usually isn't as fast as newer storage technologies, such as UFS 2.0. On higher end smartphones with newer storage technologies, an A1-capable microSD card won't beat their loading times, but it serves to complement the phones' performance.

Furthermore, the new standard works well for loading assets. Executable files and execution will still rely on your phone's RAM and storage. A good example of apps benefiting from A1 would be games with negligible file sizes on the app store, but with large asset files that start downloading after you launch the app for the first time.

The app-loading demonstration between two identical phones with different microSD cards was performed by Clinton Lee, Senior Manager of Product Marketing, U.S.A. at SanDisk. It showed how a smartphone with the same game apps installed on the microSD card was faster at booting up their respective games when the card supports the A1 standard (left), versus a regular microSD card (right). 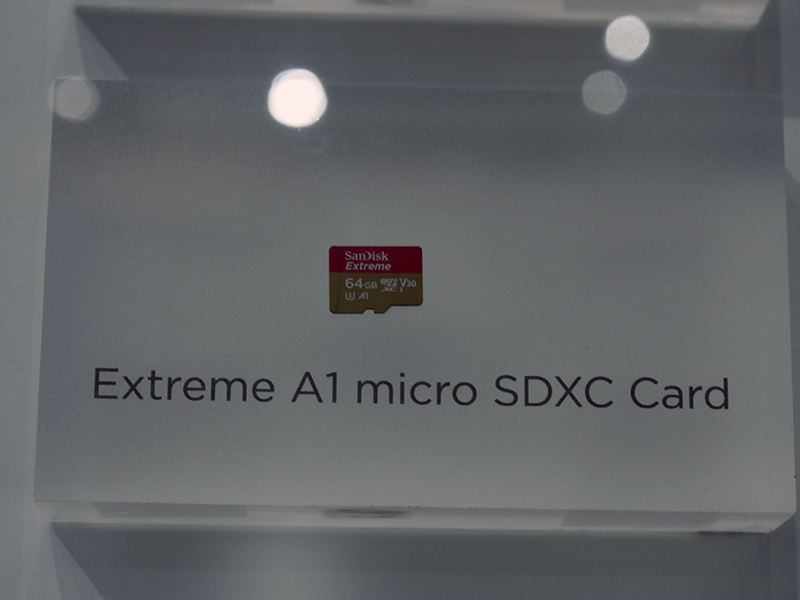 The earlier SanDisk microSD Ultra cards with A1 standard are already available in Singapore, and a higher-end cards will be coming in late 2017. SanDisk will reveal more information about these cards closer to their launch dates.

Previous Story
Google chops 360-degree VR videos in half, calls it VR180
Next Story
Here are some of the enterprise features coming to the Windows 10 Fall Creators Update