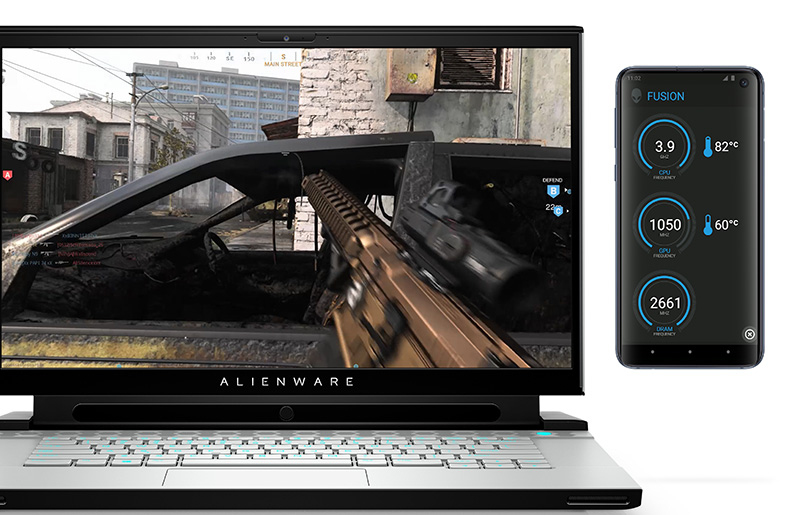 Alienware wants to make it easier to keep track of your PC's performance stats even while you're in the middle of a gunfight. Dubbed the Alienware Second Screen, the software is still very much a concept design that is still some distance away from seeing a proper launch. However, Alienware already has a pretty clear idea of what it wants to do with it.

This includes many features you'd expect from a typical PC monitoring software, such as speed and temperature monitoring for the CPU and GPU. On top of that, Alienware is looking into adding things like lighting controls and overclocking, thermal, or other performance settings. It hopes to add FPS monitoring as well – if it's able to plot a graph of your FPS over time instead of just displaying a simple frame counter, that could be pretty nifty.

Another interesting feature under consideration is in-game integration, so you might be able to see things like team kill counts, maps, and inventory on your phone. This would require cooperation from game developers though, so it'd be a bit more challenging to implement.

That said, Alienware isn't the first to try something like this. AMD already offers similar performance monitoring features on its AMD Link smartphone app, so Alienware will have to depend on things like in-game integration, which hopefully goes through, to differentiate itself.

The software is based on the same underlying technology as Dell Mobile Connect, which recently extended support for wireless transfer and app mirroring to iOS devices as well. Dell Mobile Connect lets you connect your smartphone wirelessly to your PC, so you can make calls, send texts, or get notifications right on your desktop.

Previous Story
The ASUS TUF Gaming A15 and A17 laptops are all about that rugged exterior
Next Story
The Surface Pro X is available for pre-order now!