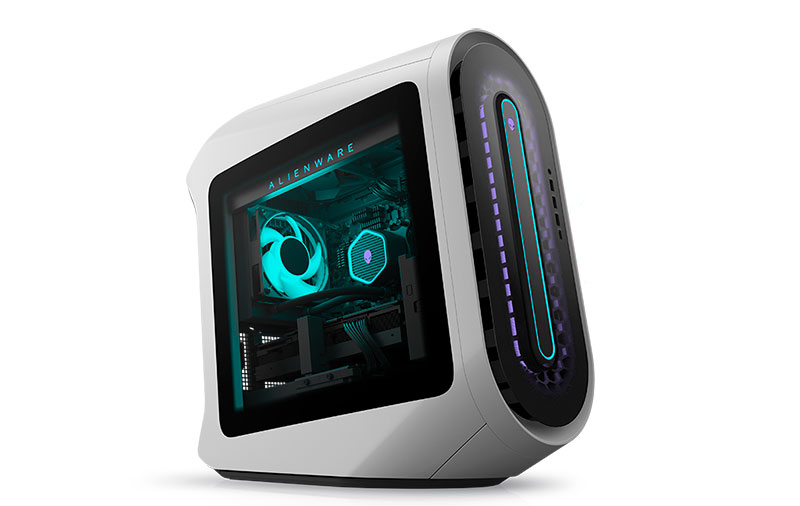 As part of its 25th anniversary, Alienware is releasing a new flagship pre-built desktop to commemorate the occasion, simply named the Alienware Aurora.

The new Aurora is meant to be an evolution from Alienware’s first Aurora ALX that debuted in 2004, and Alienware has placed emphasis on the design of the new chassis, what Alienware dubs its ‘Legend 2.0’ industrial design.

The new Aurora follows some of the more recognisable design cues from its older Aurora brethren, with its distinctive curves and cylindrical shape, punctuated by the strip of ports at the front of the case. However, that’s not to say there hasn’t been a few changes. Improvements have been made to optimise airflow efficiency through various airways on the case, with four vents at the front, as well as three at the top, middle and bottom of the back panel to move air across components. 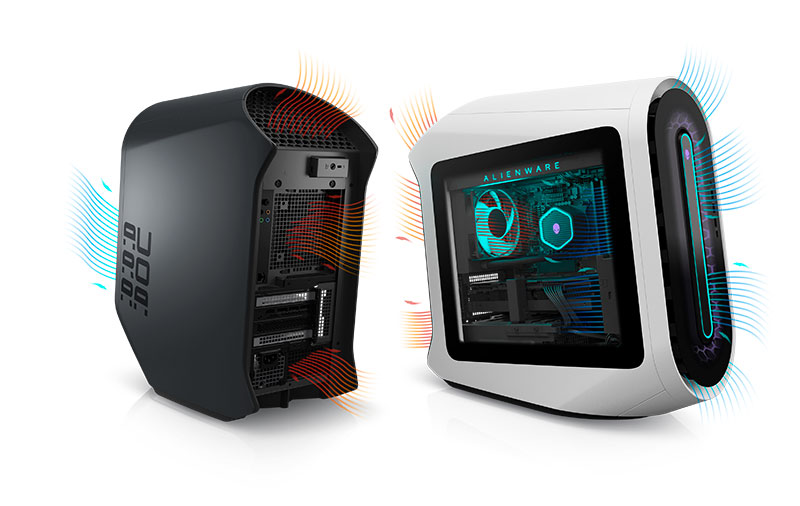 And when it comes to cooling, noise and performance, Alienware promises a series of improvements.

At idle, Alienware claims that the Aurora will run anywhere between 13% to 16% quieter than its predecessor, the R12. During CPU-intensive tasks, the Aurora can get up to 9% quieter, or even 15% if the CPU is overclocked. Alienware also claims that, when tested with a liquid-cooled CPU with 160W devoted to it, CPU temperatures went up to 3% lower than its predecessor.

The new Aurora will come with two pre-installed 120mm fans as standard, one for intake at the front and one for exhaust at the rear, while higher-end configurations will come with a third or fourth fan to double up front intake or rear exhaust duty. This leads to a total of four 120mm fans that the Aurora can handle.

All in all, the new design increases internal volume by 50%, without much change to its external footprint.

In terms of its looks, Alienware is offering to change the Aurora’s left side panel to a scratch-resistant and EMI-shielded transparent panel, to show off the Aurora’s lighting. Speaking of lighting, there are now eight customisable lighting zones in the Aurora, up from four in the R12, all controlled through Alienware's AlienFX software. 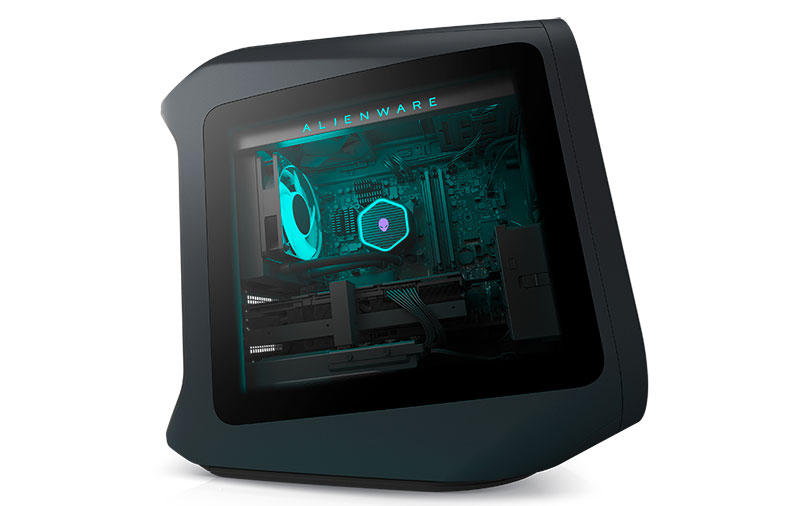 Alienware has also made some tweaks to cable management, accessibility and the motherboard in the new Aurora. A new custom motherboard places power connections at strategic points along the edge of the board to reduce airflow obstruction and cable clutter. There's also a cable routing system along the right side of the chassis, meant to isolate the wires from obstructing airflow, and to help with cable management.

Finally, Alienware is also offering an optional magnetic cable cover that stows cables and hides ports on the back of the case. Entry into the case from all angles also requires no tools.

The new Alienware Aurora will be available from 29 October at Dell’s website, or at Dell Exclusive Stores in Funan Mall, NEX and Plaza Singapura. The Aurora will start at S$3,199, and will come in two of Alienware's signature colourways, Lunar Light and Dark Side of the Moon.

Join HWZ's Telegram channel here and catch all the latest tech news!
Our articles may contain affiliate links. If you buy through these links, we may earn a small commission.
Previous Story
The next MacBook Air could come with a notch
Next Story
Here are all of Gamescom Asia 2021's game announcements and sneak peeks