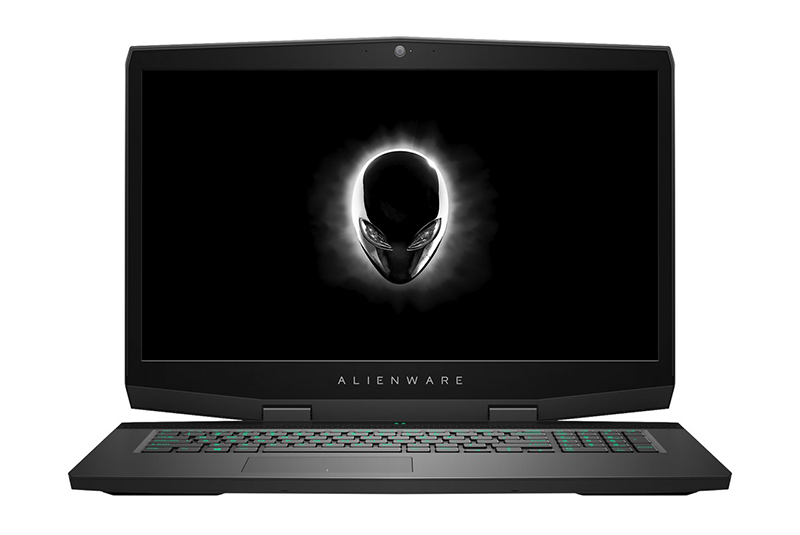 Alienware is finally focusing on portability with its new gaming laptops. The company released the Alienware m15 only late last year, but that’s now being joined by the Alienware m17, a thin and light 17.3-inch notebook for gamers who value both mobility and performance.

Both laptops now come equipped with NVIDIA’s GeForce RTX 20-series GPUs, including the GeForce RTX 2080 Max-Q. That’s an impressive amount of power to pack in a laptop, and Alienware is pairing that with support for up to the hexa-core Intel Core i9-8950HK (2.90GHz, 12MB L3 cache), an overclockable mobile chip.

Elsewhere, the laptops will take up to 32GB of dual-channel DDR4-2666 memory and a 1TB PCIe SSD. There are options for dual storage configurations as well, including SSD and SSHD pairings or even two 1TB PCIe drives. The new Alienware m17 has a tapering design and measures just 23mm at its thickest point, which is pretty decent for a 17.3-inch notebook. The company also listed an average weight of 2.63kg, depending on the configuration you opt for, which again is quite impressive for a laptop of its size.

In addition, now that 144Hz displays are becoming more common on gaming laptops, both the Alienware m15 and m17 will also feature high refresh rate panels. However, while the 15.6-inch m15 will offer a 144Hz 1080p IPS display, the m17 goes for a higher resolution 1440p 120Hz TN screen (a 4K option is also available). Finally, another difference to note is that the m17 also doesn't share the same narrow side bezels as the m15.

That aside, you’ll find the same magnesium alloy construction on both laptops. This adds extra structural rigidity in key areas, including along the LCD back panel, palm rests, and the bottom of the notebook.

They also feature Alienware’s Cryo-Tech v2.0 technology, which comprises a dual-intake and dual-exhaust design that pulls in cool air from the bottom and top vents and spits out hot air through the rear and side vents. This is paired with liquid-crystal polymer fans with super thin 0.2mm blades that supposedly improve the efficiency of air flow.

Alienware cited the laptops’ low surface temperatures as well, which are reportedly made possible by a thermal module containing four copper fin stacks that helps improve heat dissipation from critical components like the CPU and GPU.

There’s a good selection of ports and connectors too, and you’ll find a Thunderbolt 3 port, three USB 3.1 (Gen 1) connectors, and dedicated HDMI and Mini DisplayPort outputs. The laptops will work with the Alienware Graphics Amplifier as well through the included proprietary connector.

However, if there’s one thing that’s missing, it’d seem to be per-key RGB customizations. Instead, the keyboard features four-zone RGB backlighting, in addition to independent zones for the power button and Alienware logo on the lid.

Join HWZ's Telegram channel here and catch all the latest tech news!
Our articles may contain affiliate links. If you buy through these links, we may earn a small commission.
Previous Story
NVIDIA announces a slew of GeForce RTX-based gaming notebooks, ready to be shipped end Jan 2019
Next Story
NVIDIA makes ray-tracing more accessible with the new GeForce RTX 2060