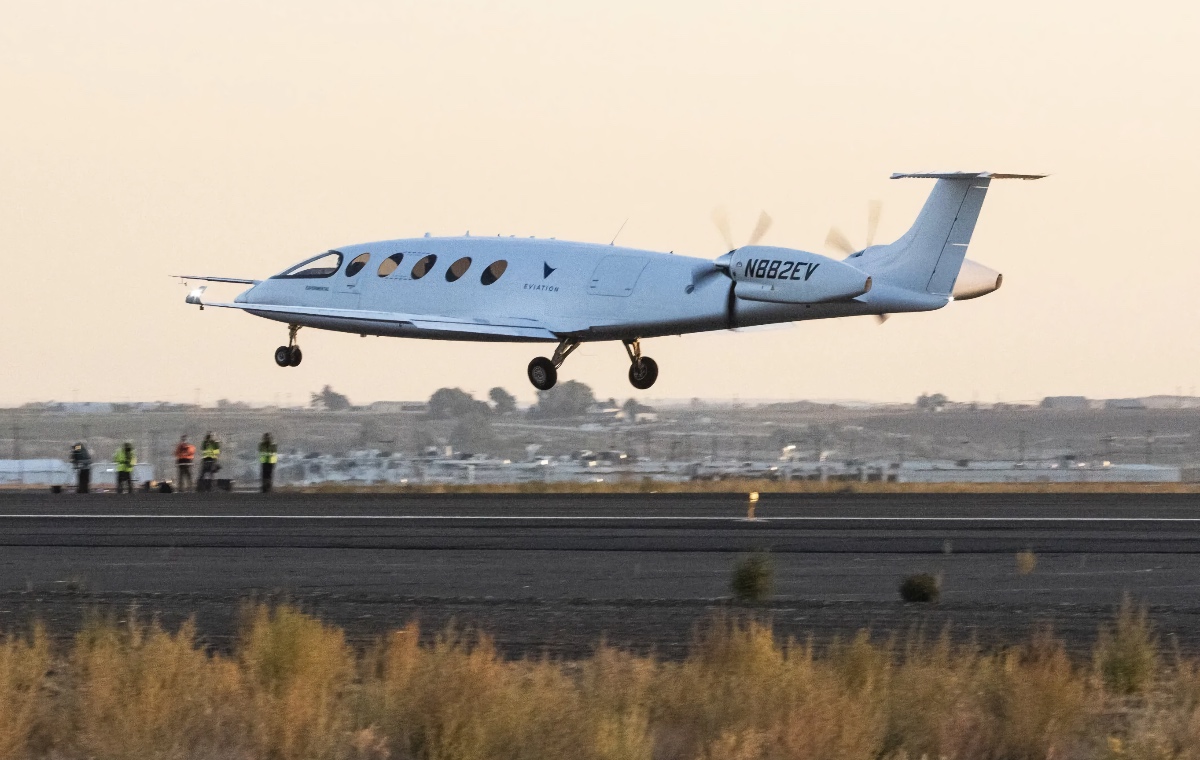 Currently under development, Alice was designed by an Arlington-based startup called Eviation. It was built to carry nine passengers and up to two pilots.

Alice is all-electric and the goal is for it to replace the smaller aircraft used to ply commuter and cargo routes between 250km and 400km – the rough equivalent of Singapore to Kuala Lumpur or Ipoh.

However, given its small payload, it clearly was designed for very exclusive travellers. But with a maximum payload of around 1,100kg – it can haul quite a bit of cargo.

Alice is powered by over 21,500 small Tesla-style battery cells. Together, they weigh over 4 tons and make up half the weight of the aircraft. To offset the heavy batteries, the airframe is carbon composite.

The batteries drive electric motors designed and built by MagniX in Everett. Alice was designed to fly at around 15,000 feet and at speeds of up to 480km/h.

As you can see from the short clip above, Alice certainly makes an interesting noise. And while this test flight is promising, Eviation's CEO, Greg Davis, conceded that there's more work to be done.

"Are the batteries on the prototype aircraft capable of propelling the certification aircraft, capable of providing sufficient energy? The answer is no, absolutely not,” Davis said.

He said battery technologies still need to be improved to make planes like Alice commercially available. As it is, batteries are too heavy and make such planes inefficient. Additionally, they don't hold enough charge for longer flights – which explains Alice's limited range.

Furthermore, there are safety concerns with lithium-ion batteries heating up uncontrollably when they fail, which could possibly lead to fires. Remember, airlines prohibit passengers from including power banks in checked-in luggage.

As for now, Eviation is going to pore through the data from this test flight and hope for significant improvements in battery technology.

If all goes well, Davis anticipates another three or so more years for development and then another two years or so for tests and certification. This means Alice won't be in service at least until 2027.

Join HWZ's Telegram channel here and catch all the latest tech news!
Our articles may contain affiliate links. If you buy through these links, we may earn a small commission.
Previous Story
Amazon introduces new Echo Dot models, a bedside sleep tracker, and read-and-write Kindle
Next Story
Samsung could ditch Contour Cut Camera design on the Galaxy S23