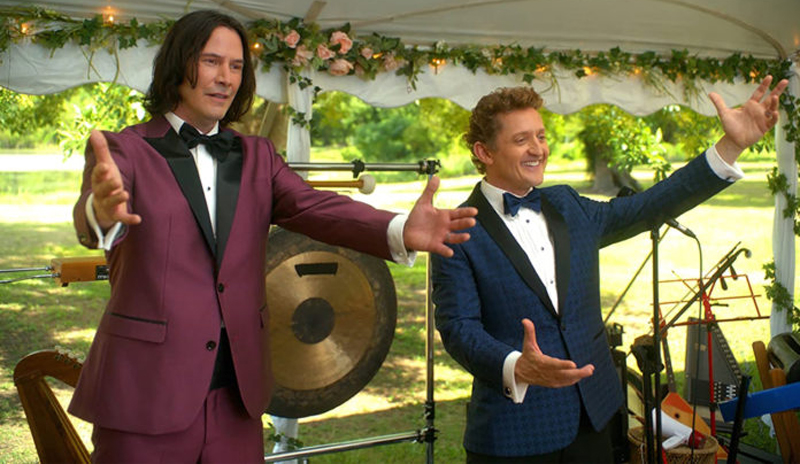 Nostalgia, thy name is Bill & Ted.

A new trailer for Bill & Ted Face the Music has popped up, in spite of most theaters staying closed due to Covid-19. In this sequel to 1991’s Bill & Ted’s Bogus Journey, the slacker duo played by Alex Winter and Keanu Reeves find themselves having to fix the future… again. Some things never change.

The Bill & Ted franchise revolves around the two titular dummies, whose music will one day unite the world of the future, and pave the way for a peaceful utopia. The previous two movies are regarded as cult classic comedies - if only because it’s amusing to see a pre-Matrix Keanu Reeves play Twister with Death.

Bill & Ted Face the Music finally picks up the series a whopping 29 years later with Bill and Ted older, but none the wiser. The duo are warned by a futuristic visitor that they have just 78 minutes to create a song that will save the world. They’ll have to team up with their daughters, other familiar faces, musicians and each other to do the impossible.

The movie is set to release on August 21, 2020 - but expect delays due to the ongoing pandemic. No release date is certain anymore!