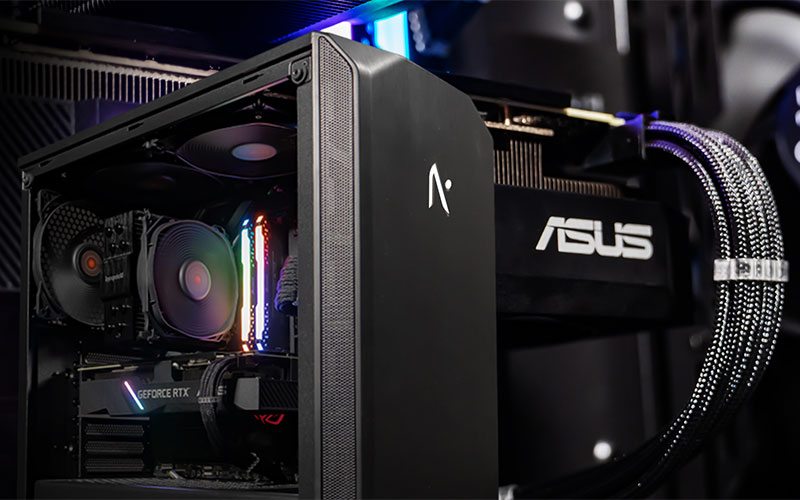 Aftershock has announced a new Powered by ASUS collaboration with the Taiwanese company. The partnership will see the launch of a series of Aftershock custom PCs powered entirely by ASUS hardware, including components from the ASUS ROG and TUF ecosystem.

Customers will be able to build complete systems featuring ASUS motherboards, graphics cards, coolers, and power supplies, which should be music to the ears of ASUS fans.

"At Aftershock, we're big fans of the quality and sheer attention to detail that comes with ASUS' high-end motherboard and graphics card range, and we feel that a deeper collaboration can allow for more premium custom PC configurations to further benefit our customers with irresistible packages," said Marcus Wee, CEO of Aftershock PC.

The company is kicking off the collaboration with the launch of the Flow and Shadow, two new custom PCs outfitted with ASUS components. The Flow is the newest addition to Aftershock's range of high-performance PCs, featuring a black chassis with a fine mesh front and a tempered glass side panel. 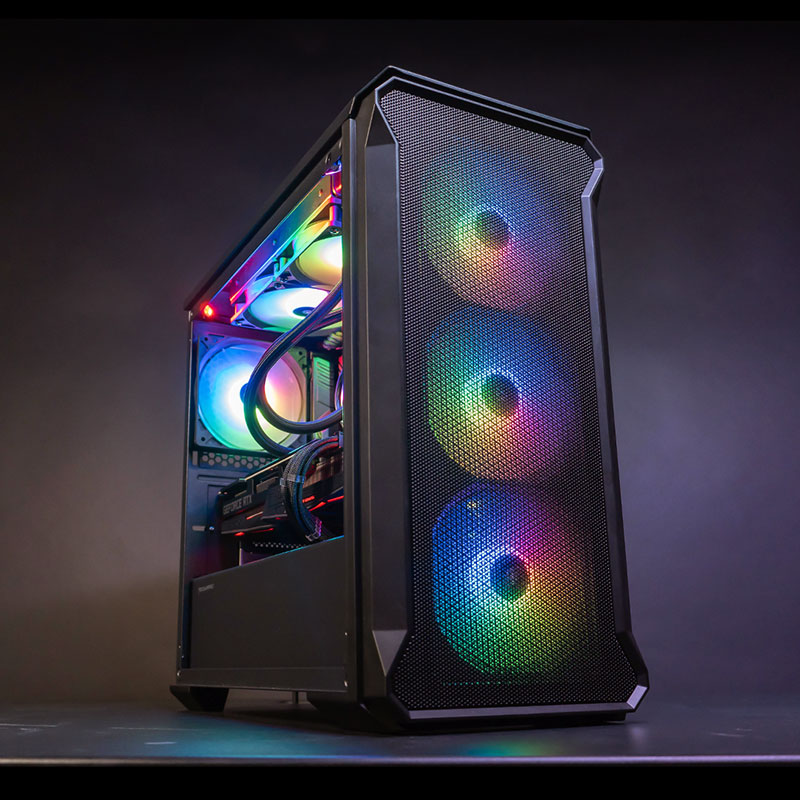 The Shadow is the more interesting of the two. It is a silent PC and the first from Aftershock to come with noise insulation built in. The chassis is a be quiet! Pure Base 500 tempered glass case, and it comes with silent, high airflow fans and room for a range of customisation options. You can also pick from a selection of silent air-cooling solutions, including the be quiet! Pure Rock, Dark Rock 4, and Dark Rock Pro 4. 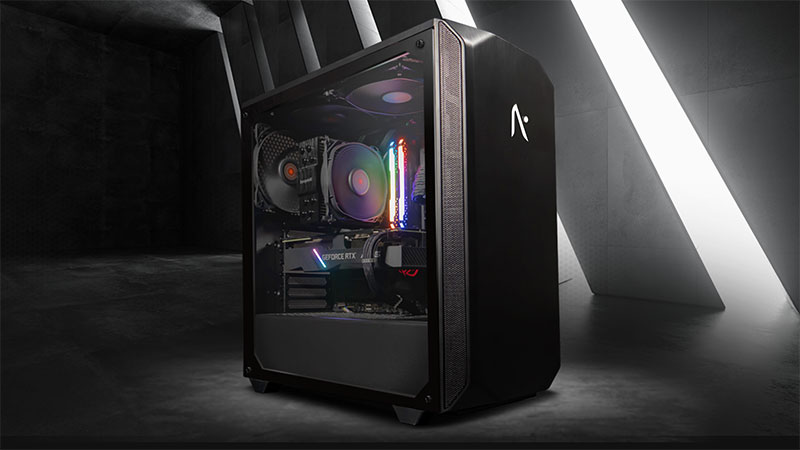 The top cover of the case is modular, so you can opt for either extra noise insulation or better airflow.

Here's an overview of the recommended specifications and prices for both PCs:

These specifications are still a little on the conservative side though, and both systems can be equipped with up to an ASUS ROG Strix GeForce RTX 2080 Ti Gaming OC. Memory can also be bumped up to 32GB of ADATA Spectrix D60G DDR4 RAM.

In addition, Aftershock will let you top up for an ASUS monitor, although they still don't come cheap. The ROG Swift PG279Q monitor can be had for an extra S$1,299, while the ROG Swift PG348Q will cost you S$1,899.

Both the Flow and Shadow are available to buy on Aftershock's website right now.

Join HWZ's Telegram channel here and catch all the latest tech news!
Our articles may contain affiliate links. If you buy through these links, we may earn a small commission.
Previous Story
The Witcher's showrunner has mapped out seven seasons for the Netflix series
Next Story
Sharper AI analytics at the edge as NVIDIA launches ever smaller Jetson