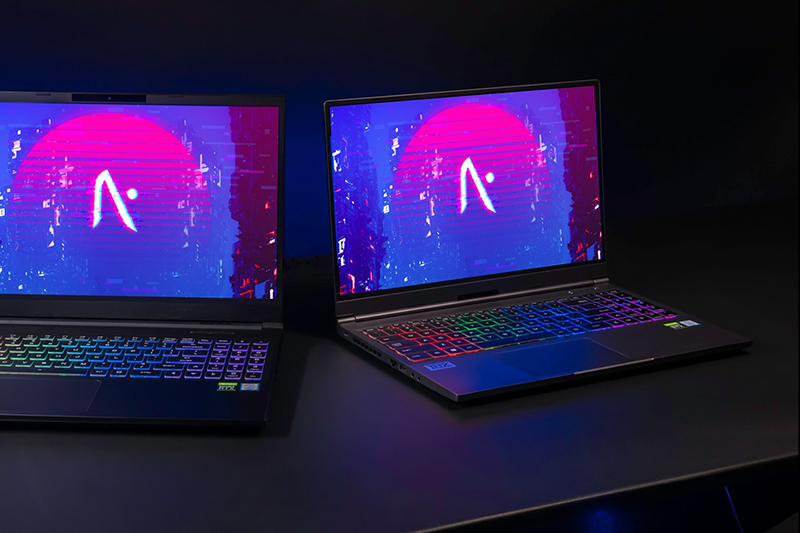 Aftershock has announced its new gaming notebook line-up for 2020, featuring Intel's 10th Gen chips and NVIDIA's GeForce RTX Super mobile GPUs. In addition, the laptops are getting some nice upgrades in other areas as well, such as higher refresh rate 240Hz displays and support for the latest Wi-Fi 6 standard.

The company took the wraps off a couple of new models too. Other than the beefy Forge 15 Red, we're also getting the Forge 15 Slim, which features a new, sleeker design and a more sprightly chassis. It weighs just 2kg now, down from 2.3kg previously, and is powered by the new NVIDIA GeForce GTX 1650 Ti. This is intended as a 1080p gaming powerhouse, and it's looking quite appealing at just S$1,565 for the aforementioned GPU and an Intel Core i7-10750H. For the price, you'll also get 8GB of DDR4-2666 memory, a 500GB M.2 SSD, and a 15.6-inch FHD 120Hz display.

Finally, the popular Vapor series is being replaced with the new Vapor X range. The Vapor 15 and 17 were originally known for their lightweight magnesium alloy chassis and excellent cooling and battery life, and the Vapor X continues to build on these strengths. However, they now boast 240Hz wide colour gamut displays and the NVIDIA GeForce RTX 2070 Super Max-P, a surprising feat for notebooks that are so slim. In addition, they'll come equipped with the new octa-core Intel Core i7-10875H processor.