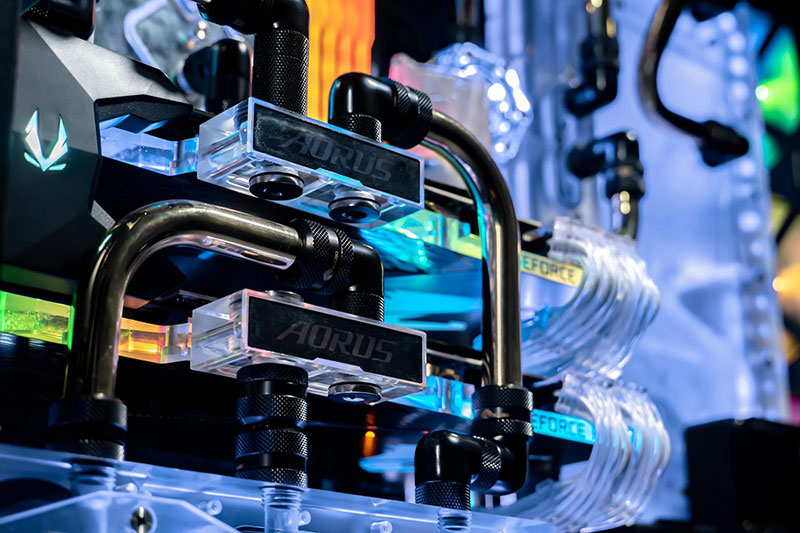 When you've got the cash to burn, the sky's the limit. Aftershock PC recently put together one of the slickest custom PCs for a customer I've seen in a while, with the total cost coming up to an eye-watering AUD$19,000, including taxes.

This particular desktop is crammed full of custom liquid-cooling fittings and some sick chrome tubing. In addition, it features no fewer than three radiators, including the EK CoolStream SE480, SE420, and SE240. The reservoir is a Bitspower Touchaqua XYZ Reservoir (PWM), and the system also boasts a Bitspower ROG Rampage VI Extreme Omega full cover water block for the CPU. 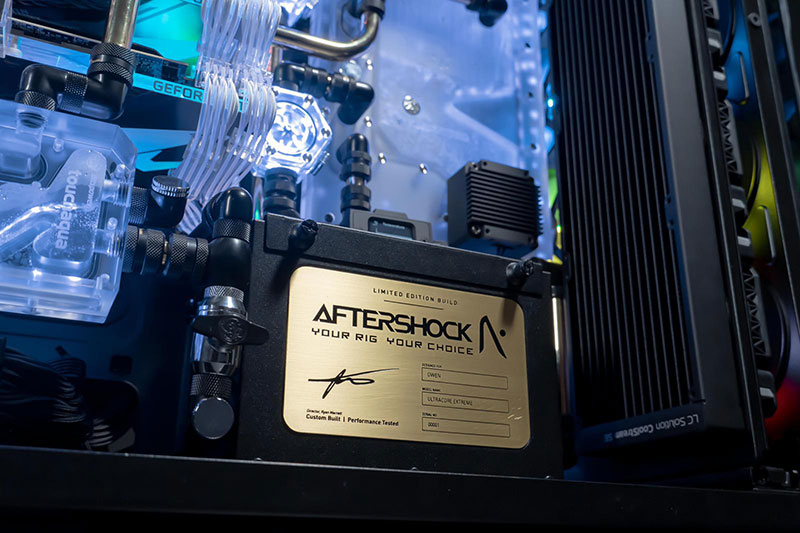 The fans are Corsair ML120 and ML140 Pro RGB units, and there are a whopping total of 16 of them.

Unsurprisingly, this all goes toward cooling some seriously high-end hardware. An Intel Core i9-9980XE drops into an ASUS X299 ROG Rampage VI Extreme Omega motherboard, and it's paired with two Gigabyte Aorus GeForce RTX 2080 Ti Xtreme WaterForce WB graphics cards. All that is topped off with 64GB of HyperX memory.

An ROG Thor 1,200W Platinum power supply sits at the heart of the rig, and it comes with a built-in OLED display that shows your real-time power draw. 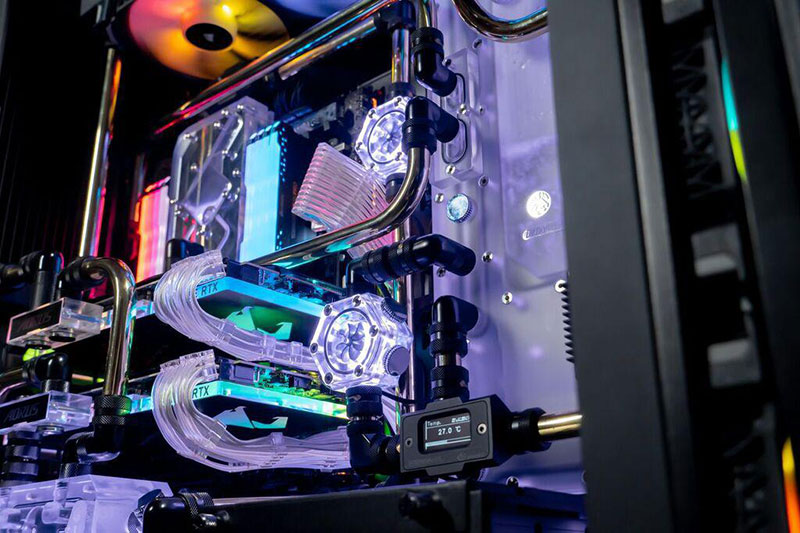 No expense has been spared in the storage department either. The system is outfitted with a 1TB Samsung 970 Evo Plus SSD, a 4TB Samsung 860 EVO 2.5-inch SSD, and a Toshiba 4TB 7,200RPM HDD. 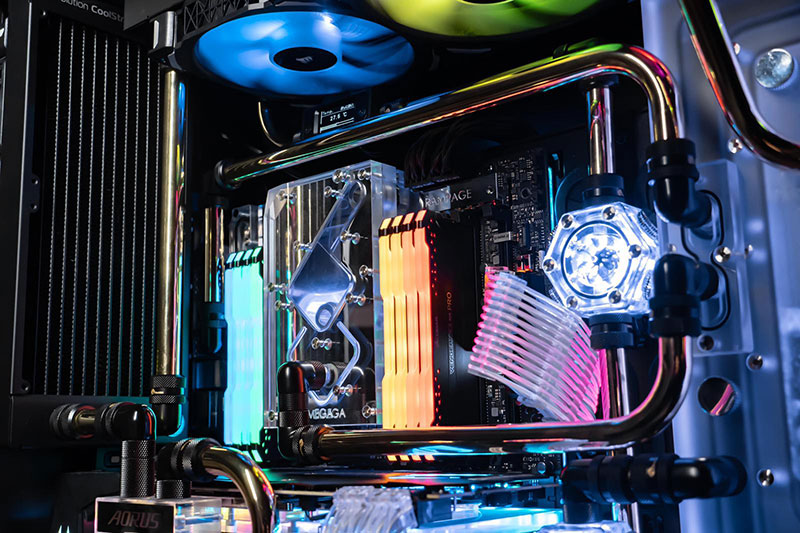 The case is the massive Corsair Obsidian 1000D, a towering chassis that stands at nearly 70cm tall. 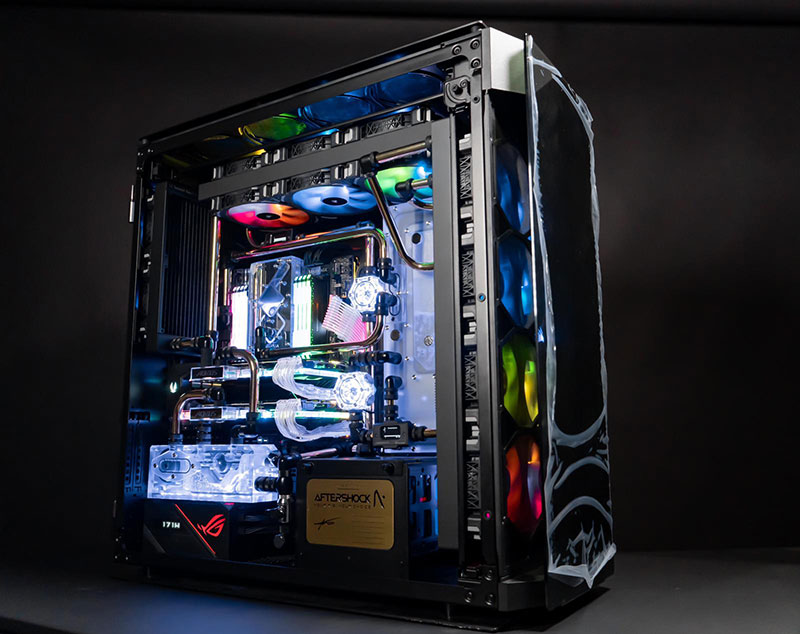 Previous Story
The Xbox Series X is Microsoft's next-gen console
Next Story
The Matrix 4 is coming out on the same day as John Wick 4, both starring Keanu Reeves