Note: This article was first published on 24th December 2019 and is now updated with hands-on experience. Vincent Chang contributed to this article.

Aftershock has announced the Terra 15, a powerful gaming notebook that can be equipped with up to an NVIDIA GeForce RTX 2080 Max-Q. Unlike many of Aftershock's other notebooks, the Terra 15 eschews the company's minimalist approach in favour of a more aggressive design.

The Terra 15 relies on four heat pipes to channel heat away from the CPU and GPU, featuring also four exhaust outlets that dump hot air outside the notebook. 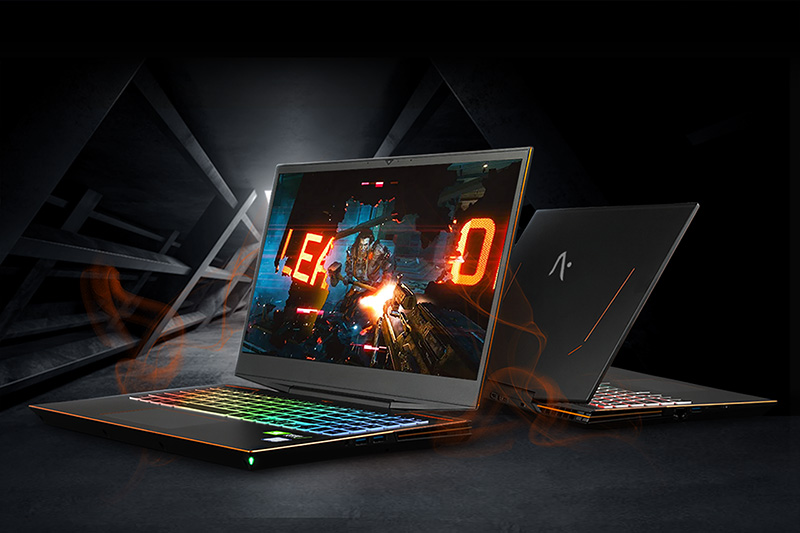 Here's an overview of its specification:

The above will cost you S$2,499, a very attractive price for the performance it offers.

There's space for adding on extra storage too, and the laptop comes with two M.2 sockets and one 2.5-inch SATA slot.

Moving forward, Aftershock will offer even more affordable configurations of the Terra 15 in the form of GeForce GTX 1660 Ti and GeForce RTX 2060 SKUs.

My colleague at The Straits Times had a chance to review the GeForce RTX 2070 model, and he remarked on the solid build quality of the notebook. In my experience, Aftershock's newer laptops are much better built than some of their older models, and it's nice to see them continue this trend on the Terra 15. The Terra 15 features aluminium panels in the laptop lid and palm rest, so there's minimal flex when pressing down on the keyboard.

However, the black metallic finish is apparently something of a fingerprint magnet, so you'll need to wipe it down pretty frequently.

The laptop's keyboard is bouncy and offers good key travel, but you're limited to just four independent zones, instead of per-key customisations. If you don't like LEDs though, you can just turn them off in the Control Centre app. A number pad has also been squeezed in on the right, but the number keys are slightly slimmer than the other keys.

Large intake vents occupy about half of the laptop's base, and warm air is exhausted through vents at the sides and rear. The laptop is actually cool enough to be used on your lap too, which can't be said of a lot of other gaming notebooks. The region between the keyboard and screen does become quite hot though, but that's the case on most gaming laptops. The fans are also extremely noisy when set to their maximum speed of 7,200RPM, but that's the price you pay for better cooling.

In terms of gaming performance, the Terra 15 scored 7,466 in 3DMark Time Spy, which is around 15 per cent faster than the GeForce RTX 2070 Max-Q on the Aftershock Vapor 15. Unsurprisingly, the battery life on the Terra 15 isn't great, lasting just two hours and five minutes with the screen at maximum brightness in a video-loop battery test.

That said, the Terra 15 is very competitively priced, and it's a good value-for-money option if you're more focused on performance than mobility.