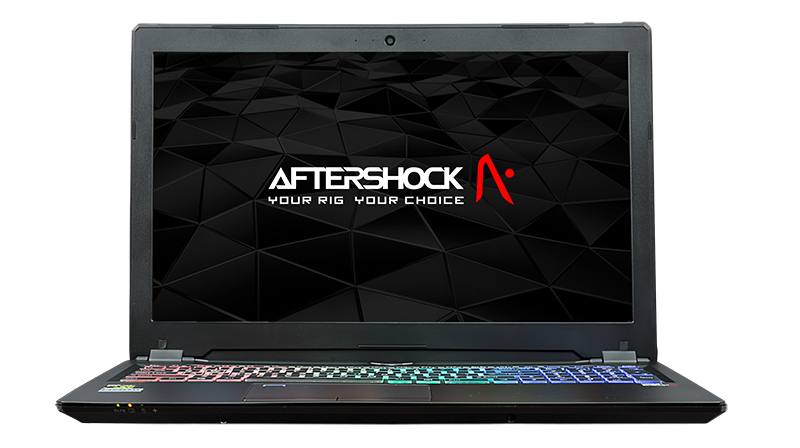 Aftershock has announced the PRIME-15, a slim and light 15.6-inch laptop that marks the company’s first foray into the portable – relatively anyway – gaming notebook segment.

To be sure, there are already models that manage to pack powerful hardware into impressively thin designs, but those can put considerable strain on your wallet. The PRIME 15 wants to compete against laptops like the Gigabyte Aero 14, MSI GS63VR 6RF Stealth Pro and Razer Blade, and it’s doing that with a very attractive price tag.

The PRIME-15 starts at S$2,130, cheaper even than Aftershock’s own S-15 laptop, and will come with a free upgrade to a 500GB SSD as part of the launch promotion.

Here’s a quick summary of the key specifications:

In addition, you can upgrade the display to a 120Hz FHD panel or a 4K display. The GeForce GTX 1060 will run most games at 1080p, but Aftershock tells us that more powerful graphics options will be available in the future, should you require even more performance. At 18.6mm thick and 1.9kg in weight, it is only slightly thicker and heavier than the MSI GS63VR 6RF Stealth Pro, which costs over S$3,000. However, take note that the base price of this PRIME 15 does not come with an OS; you'll have to add S$142 for a Windows 10 Home license.

If you’re worried about temperature, a dual-fan cooling system and copper heat pipes help ensure that the notebook remains cool under load.

The keyboard features customizable RGB backlighting and programmable macros, which is pretty much par for the course at this point in time. You’ll also be able to create profiles for your favorite games and applications, and assign select keys to launch your most frequently used programs.

This is also the same tactile keyboard that’s used on the Aftershock S-15 – save for a few adjustments – so you should expect a similarly enjoyable typing experience with good key travel distance.

Join HWZ's Telegram channel here and catch all the latest tech news!
Our articles may contain affiliate links. If you buy through these links, we may earn a small commission.
Previous Story
New iPhones to come with 3GB RAM and Lightning ports with fast charging?
Next Story
Experience Samsung's Galaxy S8 and the Galaxy Plus ecosystem at Ngee Ann City