The PC folks at Aftershock have announced that their line-up of high-performance customisable gaming notebooks will now be powered by Intel's latest 11th Gen H-series processors. Of course, these notebooks will also come equipped with NVIDIA's GeForce RTX 30-Series range of mobile graphics processors too. Headlining the new series is the Vapor 17X. Essentially a desktop replacement, it comes with a massive 17.3-inch QHD Wide Colour display but with ultra-slim bezels to allow for a form factor that's closer to the previous generation 15.6-inch gaming notebooks. It also weighs in at 2.3Kg, which isn't that much for this class of gaming notebooks. It will be powered by the Intel Core i7-11800H processor, with prices starting from S$2,350. But if you prefer an AMD CPU solution instead, the Vapor 17R starts from S$2,795. Aftershock's most popular gaming notebook, the Apex 15X, returns with a 15.6-inch QHD display with a 165Hz display. It comes with an RTX 3060 or RTX 3070 GPU choice, though, oddly you're out of luck if you're gunning for the RTX 3080. It will also be powered by the Intel Core i7-11800H and RGB aficionados will be happy to hear that it comes equipped with a per key RGB mechanical keyboard. The Apex 15X starts from S$2,275 and like the Vapor 17X above, also comes with an AMD variant, the Apex 15R, which starts from S$2,765. For gamers with tighter budgets, the Forge series has also been updated with the same Intel processors across the board. The Forge 15X, for instance, comes powered with NVIDIA's RTX 3060 graphics processor and at a wallet-friendlier S$2,000. Going down lower, there's the Forge 15S, which comes with NVIDIA's entry-level GeForce RTX 3050 and RTX 3050 Ti. According to Aftershock, the Forge 15S will be available at a sub S$1,700 price point - that's pretty remarkable.

These new gaming notebooks are now available for order, except for the Forge 15S, which will only be available from mid-June. 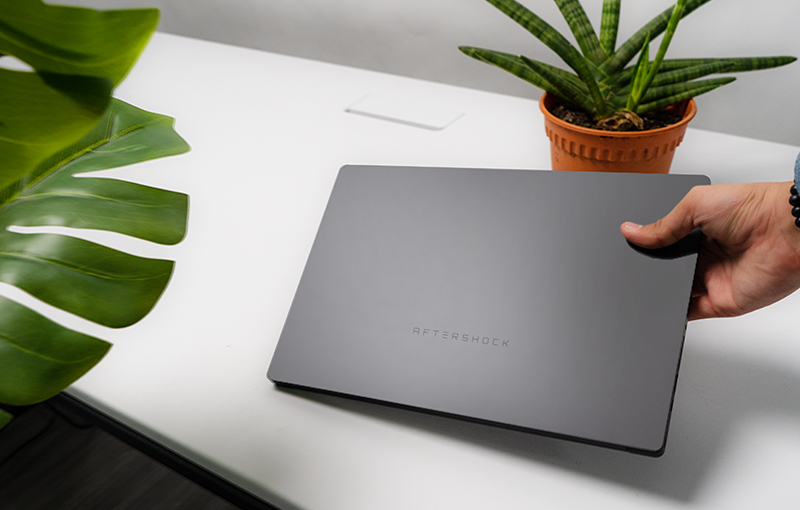 If you're not looking for a gaming-centric notebook, there's also the Aftershock Lunar Z14, which was announced a couple of weeks back. The Lunar Z14 is a 14-inch class ultraportable notebook powered by the 11th Gen i7-11370H (yup, the same one powering ASUS's TUF F15 gaming notebook that I reviewed recently). Unlike the Apex and Forge gaming series, the Lunar Z14 comes in a slim and minimalistic design, complemented by a coal-black magnesium alloy chassis and a large glass touchpad. On the display side, it comes with a WQXGA (2,560 x 1,600 pixels) 100% sRGB panel with a 90Hz refresh rate, powered by the Intel Iris Xe IGP. It can also be packed with up to two nVME SSDs for a total of 4TB storage and up to 32GB of memory for content creators. The Lunar Z14 starts from S$1,550.