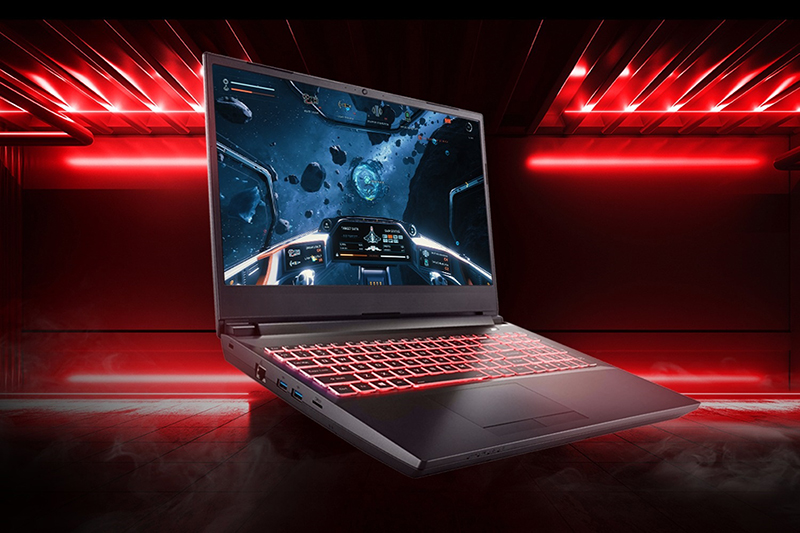 Aftershock has announced the Forge 15 Red, its first ever creator notebook to be powered by desktop-class AMD processors. It uses a desktop AMD B450 motherboard, which means it can accommodate the mean 16-core Ryzen 9 3950X. This is intended as a no-holds-barred desktop replacement, and it'll likely appeal to content creators looking for some serious multi-threaded performance.

And since it uses a desktop motherboard, the CPU is completely upgradeable too, so you can swap it out for a faster model where needed. And given AMD's commitment to support its AM4 socket till 2020, you should be good for at least one more generational upgrade.

On the GPU front, the Forge 15 Red is no slouch either. You can pick between the new 115W version of the NVIDIA GeForce RTX 2060 and RTX 2070 Max-P, so there's some flexibility in terms of configuring the notebook to fit your budget.

Here's an overview of the recommended specifications:

Aftershock puts the weight at 2.5kg, which actually doesn't seem that heavy for the calibre of hardware it can hold. The Forge 15 Red also supports the latest Wi-Fi 6 standard, courtesy of an Intel Wi-Fi 6 AX200 module.

The notebook is already available to buy on Aftershock's website, starting at S$1,620 for the base configuration.

Our articles may contain affiliate links. If you buy through these links, we may earn a small commission.
Previous Story
Aftershock is updating its gaming notebooks with the latest Intel and NVIDIA hardware
Next Story
Cooler Master's MH600 Series gaming headsets are all about sleek design and portability